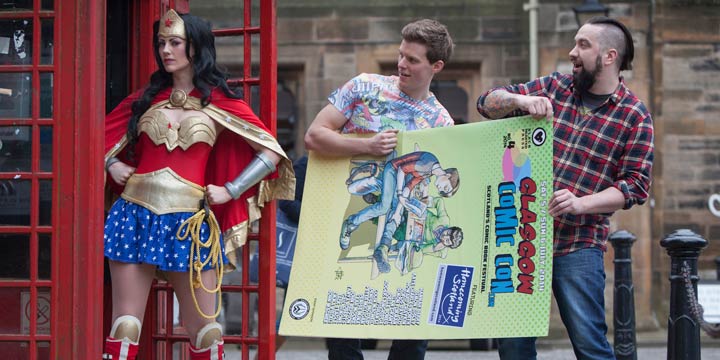 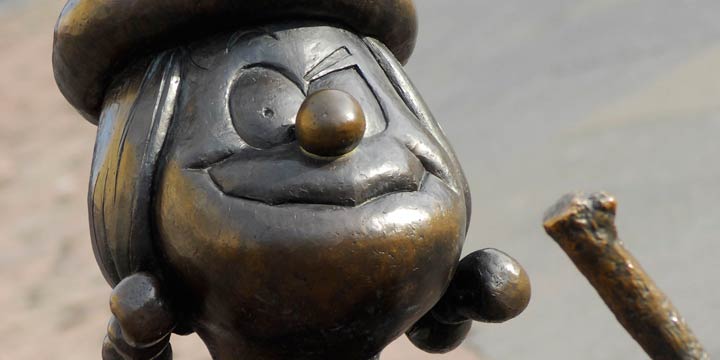 If the words “jings”, “crivens” and “help ma Boab” mean anything to you, you’ll know that comics have been an important part of Scottish culture since the 1930s. The genre has come a long way since the early days of newspaper strips, inspiring a wide range of graphic novels, series, manga and more – much of which you’ll find on display this weekend at the fantastic Glasgow Comic Con, Scotland’s official comic book festival.

For a long time, Scottish comics were synonymous with Dundee-based publishing house DC Thomson & Co. Established in 1905, the company brought the UK many of its best-loved characters: the Beano and the Dandy both emerged from the publishers’ pens, as did Scottish favourites Oor Wullie and The Broons. The city is still thought of as Scotland’s unofficial comic capital – the University of Dundee is the only place in the UK to offer an MLitt in Comic Studies, and there are even statues of Desperate Dan and Minnie the Minx in the city centre.

Since then, Scottish comic writers and artists have explored infinite new universes. Writers like Grant Morrison and Mark Millar have collaborated on major US series’ such as Marvel Knights Spider-Man, New X-Men and Fantastic Four, as well as creating original hits including Kick-Ass. Robert Louis Stevenson’s classic Kidnapped has been adapted as a graphic novel by Alan Grant and Cam Kennedy, while award-winning crime author Ian Rankin has also made the move into comics with his 2009 graphic novel Dark Entries.

Now in its fifth year, Glasgow Comic Con returns this Saturday 5 and Sunday 6 July with a host of talents from Scotland and beyond. Held in three venues – the Centre for Contemporary Art, the Renfield Centre and Glasgow School of Art – the two-day event features both established and upcoming artists and writers, with dozens of stalls, how-to workshops, book signings, talks from industry professionals and much more. Have a look at just a few of our picks from the exciting programme:

How to Draw: Teenage Mutant Ninja Turtles (1pm, CCA: UWS Event Room)
Learn how to draw the ‘heroes in a half shell’ with artist Tanya Roberts, who has previously worked on Star Wars: Clone Wars, Toy Story and various others.

Masquerade Competition / Cosplay Superstars (4pm, The Renfield Centre)
Dressing up for Comic Con isn’t obligatory, but it is strongly encouraged! All levels and ages are invited to sign up before 3pm for the masquerade competition, while Cosplay Superstars battle for big prizes at 4.30pm.

In Conversation with Pete Milligan (5pm, CCA: Cinema)
Peter Milligan is one of the UK’s most successful comic writers, having worked for Marvel, DC, Vertigo and a host of other publishers. Ask him about his art at this one-off talk, hosted by Stacey Whittle.

Comic Quiz (4pm, UWS Event Room)
Do you know your Watchmen from your Wanted? Put your comic knowledge to the test in the Saturday or Sunday quiz.

Check out the full schedule and buy tickets at gccon.wordpress.com. Make sure you also look out for The Heather Ale, Robert Louis Stevenson’s ballad about a mysterious beer brewed by the Picts – it’s been adapted into a comic book by Black Hearted Press especially for Comic Con and the Year of Homecoming 2014.

Can’t make it to Glasgow this weekend? Visit on 6 – 7 September for the MCM Scotland Comic Con at the SECC, where you’ll find a comic village, a games expo and stalls selling anime, trading cards, manga and more. You can also check out the brand new Stirling Comics Festival from 19 – 28 September, and keep an eye out for Dundee Comics Day when the city celebrates its Literary Festival from 22 – 26 October. Aberdeen is also planning its first Comic Con for 30 May 2015.

No matter which events you go to, don’t forget to share your pictures using the hashtag #brilliantmoments!