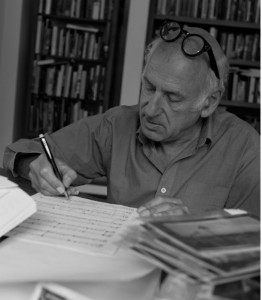 The Kelso Abbey has witnessed plenty of dramatic incidents throughout its 900-year-long history.  Founded by Tironensian monks in 1113, Kelso was the largest and wealthiest of the Borders Abbeys and the setting for all kinds of major historic events, from coronations to fierce battles, before finally falling into ruin in the 16th century.

Today, a strong sense of peace and tranquility still pervades this former site of religious contemplation and devotion, and it’s hard to think of a more enchanting venue for an evening of art and music by internationally acclaimed composer Michael Nyman due to take place 14 September.

Nyman, who is perhaps most renowned for his unforgettable soundtrack to Jane Campion’s Oscar-winning film The Piano (one of my all-time favourite films) will perform music inspired the Hawick Missal Fragment, part of a medieval music manuscript dating from the 12th century which once comprised a missal – a book containing the texts and chants used by monastic orders during Holy Week. Unearthed amongst a collection papers connected to a local family at the Hawick Heritage Hub in 2009, this incredibly rare document offers a fascinating insight into the music and spirituality of the medieval world.

Entitled ‘Fragments of Black – a song of night’, the concert will mark the second performance in a trilogy of recitals featuring new music inspired by these long-forgotten liturgical melodies which have remained silent for centuries. 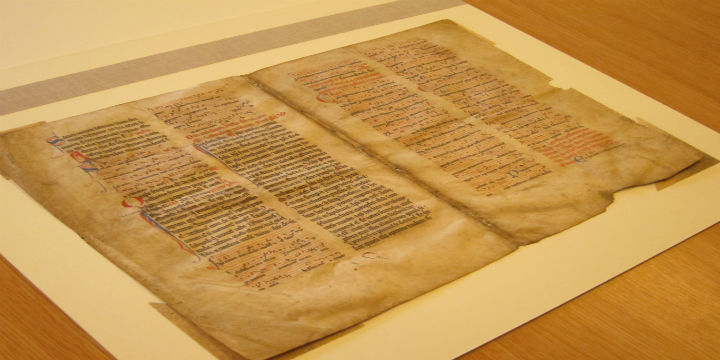 Nyman, who has accumulated an array of prestigious awards throughout his glittering career – including a Golden Globe, a British Academy Award, and an Ivor Novello award to name a few – will unveil a stunning, contemporary composition which promises to take listeners on a captivating sonic journey through Kelso Abbey’s mysterious past. 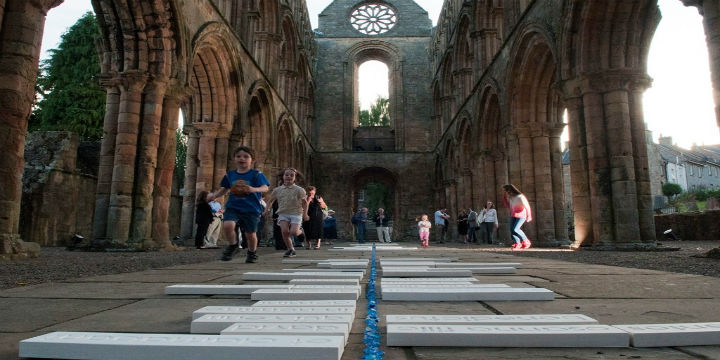 Members of the audience will also have a chance to view a special art installation displayed within the romantic ruins of the abbey. Also drawing inspiration from the Hawick Missal Fragment, the artwork will remain a surprise until the day of the concert.

Find out more about this unique chance to hear one of the world’s most renowned composers perform in the magnificent setting of this great abbey. Tickets are on sale now and can be purchased from Historic Scotland or directly from Jedburgh Abbey, Melrose Abbey, Dryburgh Abbey and from the Heritage Hub at the Heart of Hawick. Tickets can also be bought on the evening of the event from Kelso Old Parish Church.