After all these weeks of staying at home, we can understand if some of you need a little tipple. A hundred years ago during the Spanish flu pandemic, pubs simply stayed open across Scotland. Luckily, we now have a safer way to enjoy a nice drink: having it delivered to your door.

Scotland has a long history of crafting alcoholic beverages, and while we love our national drink, whisky, we also have a strong passion for other craft drinks. Our oldest drink is beer, but as the times changed, we have lovingly embraced crafting all kinds of drinks, such as gin, vodka and even a special kind of wine.

Put simply, there’s a rich diversity of craft alcohol in Scotland. Are you ready for an epic adventure that will entice your taste buds? Keep reading to see various craft alcohol companies around the country that deliver to your home.

*Please note that some craft alcohol companies sell online through third party retailers. You will be redirected from the company’s website. 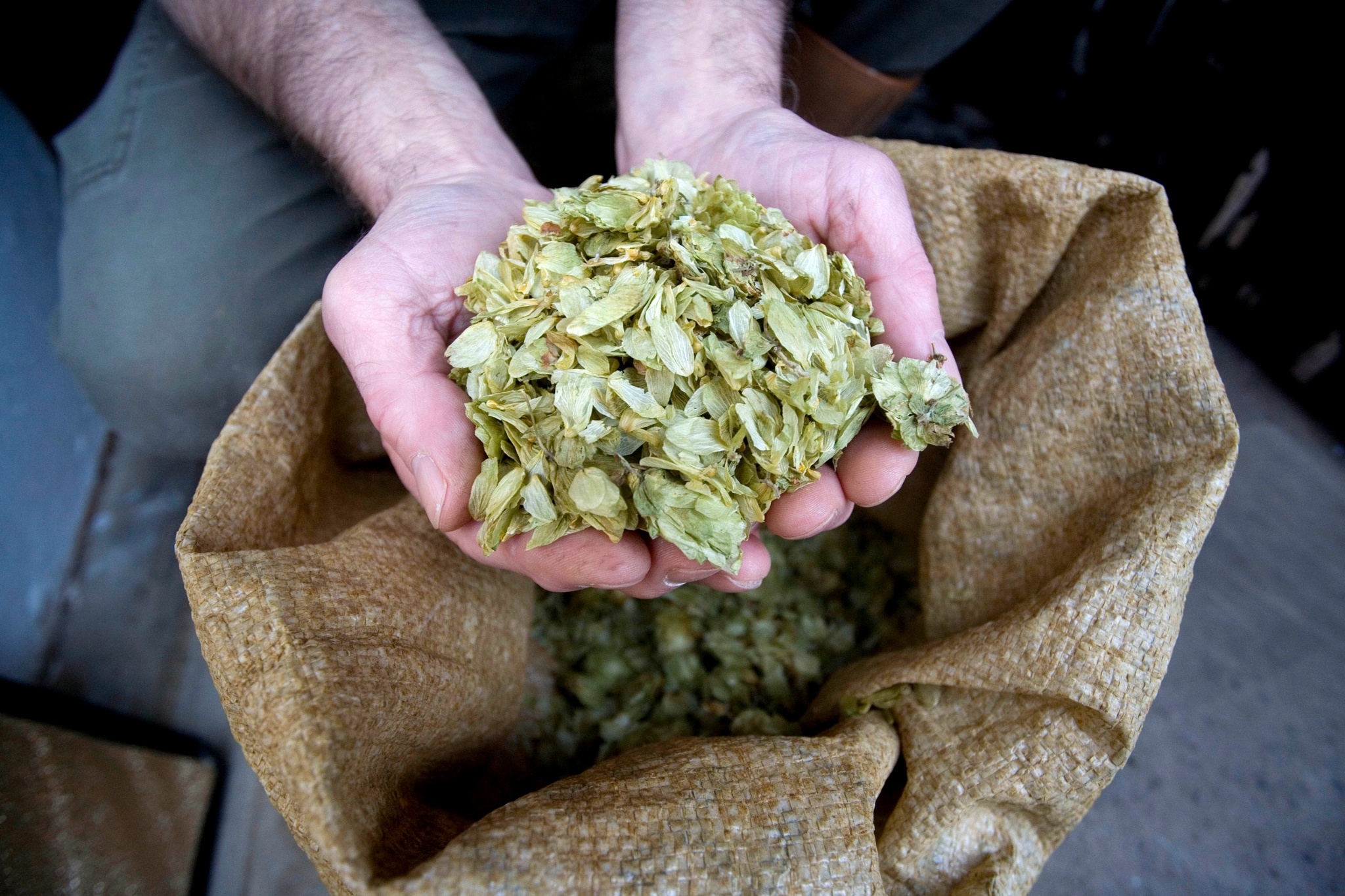 We Scots have been fermenting malted grains since around 10,000 B.C. To put that into context, we had been drinking beer for 5,000 years before we founded our famous prehistoric village of Skara Brae on the west coast of Orkney and 7,500 to 8,000 years before we erected the marvel that is the Ring of Brodgar, further inland on Orkney. In short, that’s a lot of years to perfect the craft of brewing!

Nowadays, we take malted barley and turn it into a sugar-rich, brown syrup called wort. We then add hops, and ferment and filter the beer. By roasting the barley beforehand, we create porters and stouts. Fermenting the beer from the top of the vat yields red, gold or scotch ales and doing so from the bottom creates lager. Leave it unfiltered, make it an extra hoppy IPA, add ginger syrup, mix it with lemonade to create a shandy or add just a little to make a lager top; Scottish beers are arguably more diverse than our weather!

Scottish beers are only limited to the brewer’s own imagination. If that’s something you like, have a look at just some these craft beer breweries or click on our craft beer map to see the complete list: 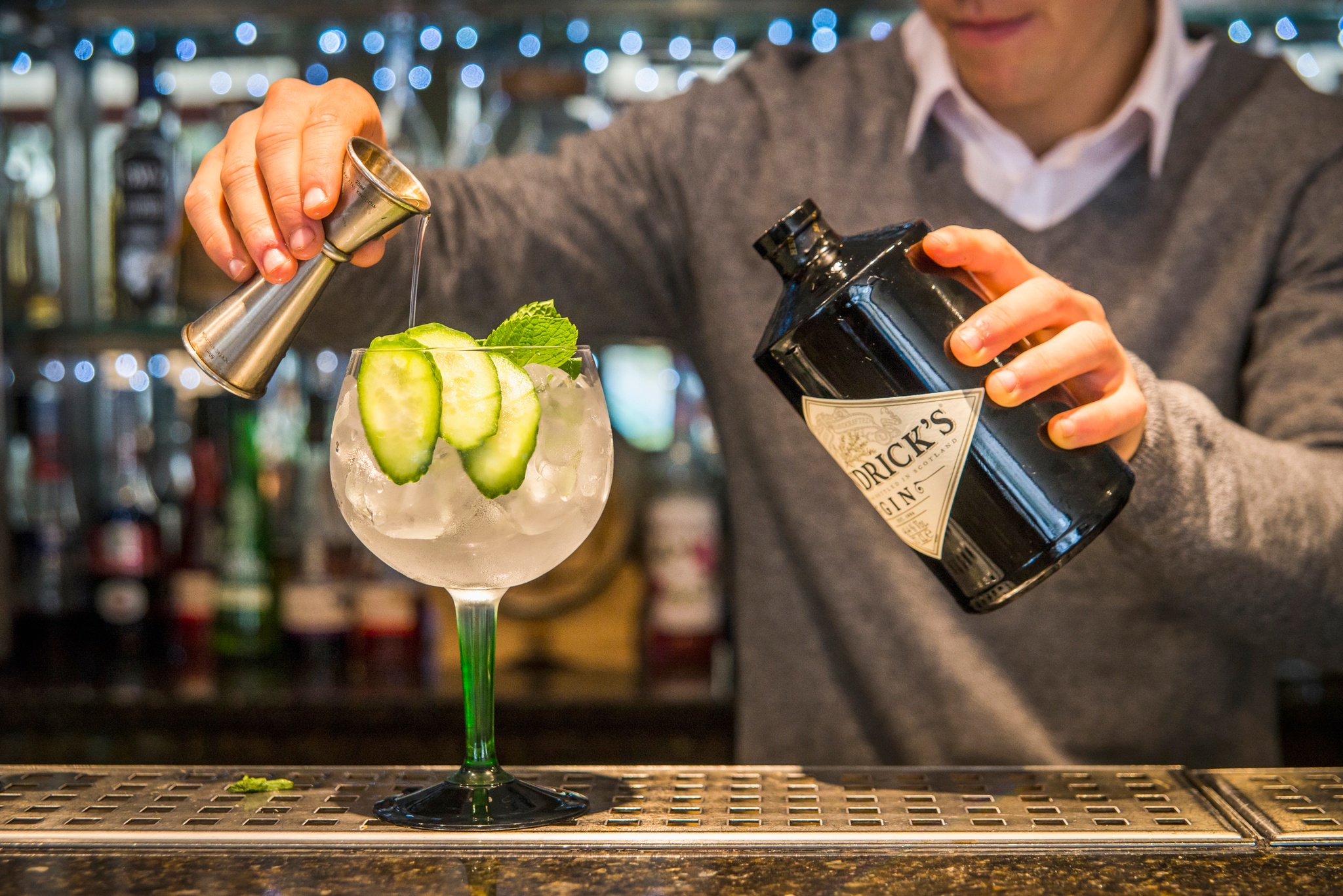 While craft gin is a later addition to our liquor cabinet, it is arguably more diverse than even our craft beers. Juniper flavoured spirits were known throughout the medieval period, but especially in the low countries, where the Dutch made (and still make) old style jenever, a kind of juniper-flavoured whisky and rum mixture that didn’t have to age in barrels, per se.

The Dutch later invented young style jenever, which was made by infusing juniper berries with fermented and distilled treacle (a by-product of refining sugar). It is this drink, known to us as gin, that exploded in popularity in the late 17th century, initially largely around Leith. Today 70% of UK gin is made in Scotland, with a spike in craft producers in the last 2 to 3 years.

It used to be that, for reasons similar to vodka, you could only use the middle third of the distilled product. However, nowadays, we’ve invented a plethora of different distilling techniques that allow us to use nearly every drop of distilled liquor. We also experimented with lots of different botanicals, so it’s not odd to see, for example, some delicious elderflower, ginger, grapefruit, lemon, orange, plum, pomegranate, raspberry or rhubarb-flavoured gin. If you’re looking for something particularly unique, try the Isle of Harris Gin which is made from hand-dived sugar kelp around the island.

With such a rich diversity, it might take you a while to find your favourite gin. To make things just a little bit easier, why not start with one of these or use our craft gin map to get the complete overview: 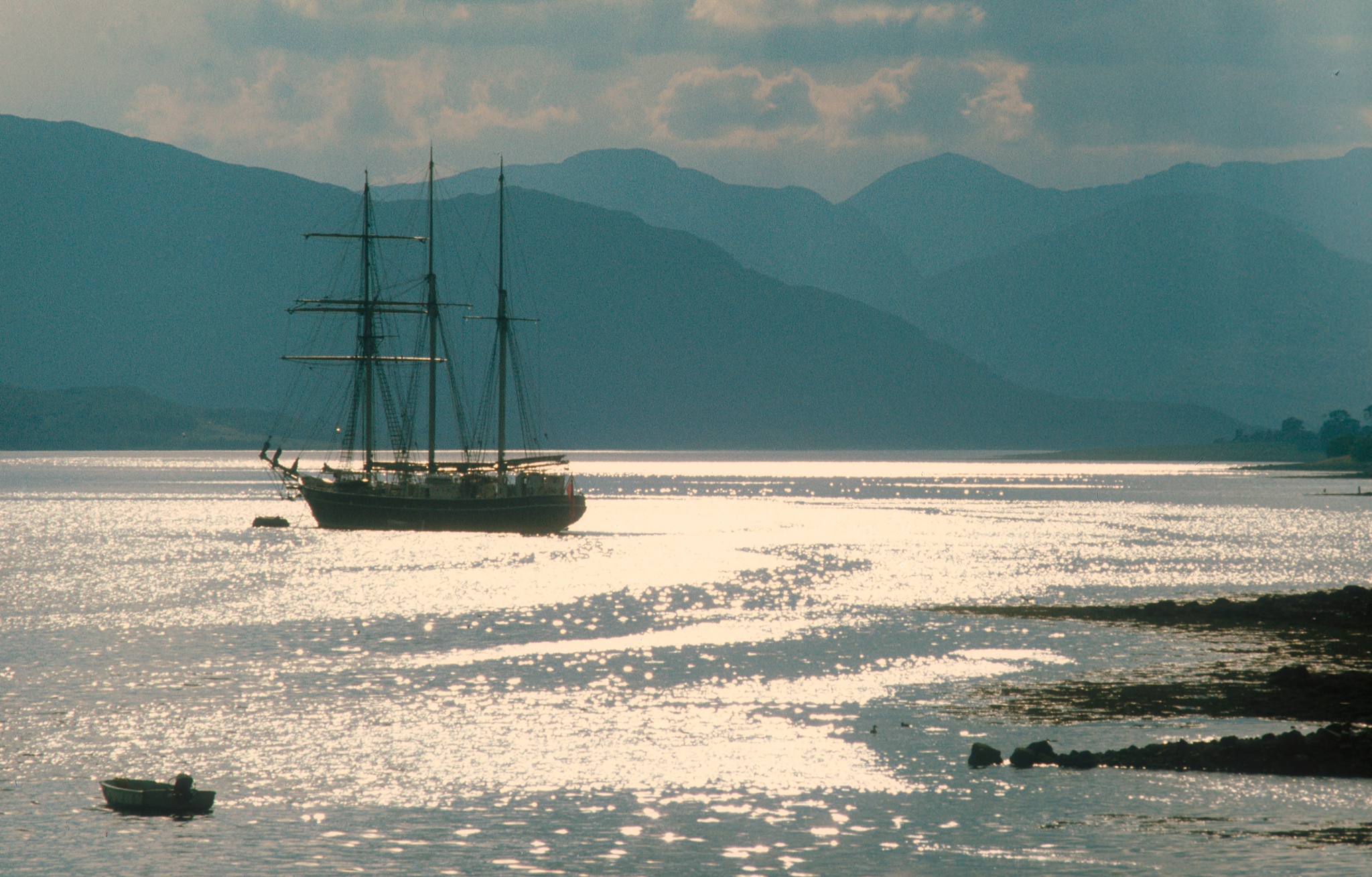 Rum may very well be one of the youngest spirits to have found its way to our country… and our hearts. In the 17th century, people on sugar cane plantations in the West Indies discovered how to make rum by fermenting treacle. The drink quickly became popular with sailors of the Royal Navy who brought it home.

Nowadays, rum is a mixture of refined sugar (usually from sugar cane, but sometimes from sugar beets) and treacle that is fermented, distilled and matured in casks. The longer a rum matures the richer the flavour. Those that are aged longer are called gold or amber rum, or dark rum if it’s made from caramelised sugar, whereas those that aged only briefly are called light, silver or white rum. Flavoured rums are infused with fruit flavourings and spiced rums with spices.

Scotland produced rum has grown in the past 200 years as a drink, synonymous with warmth, good times and adventure, so, pick your favourite and raise a glass. 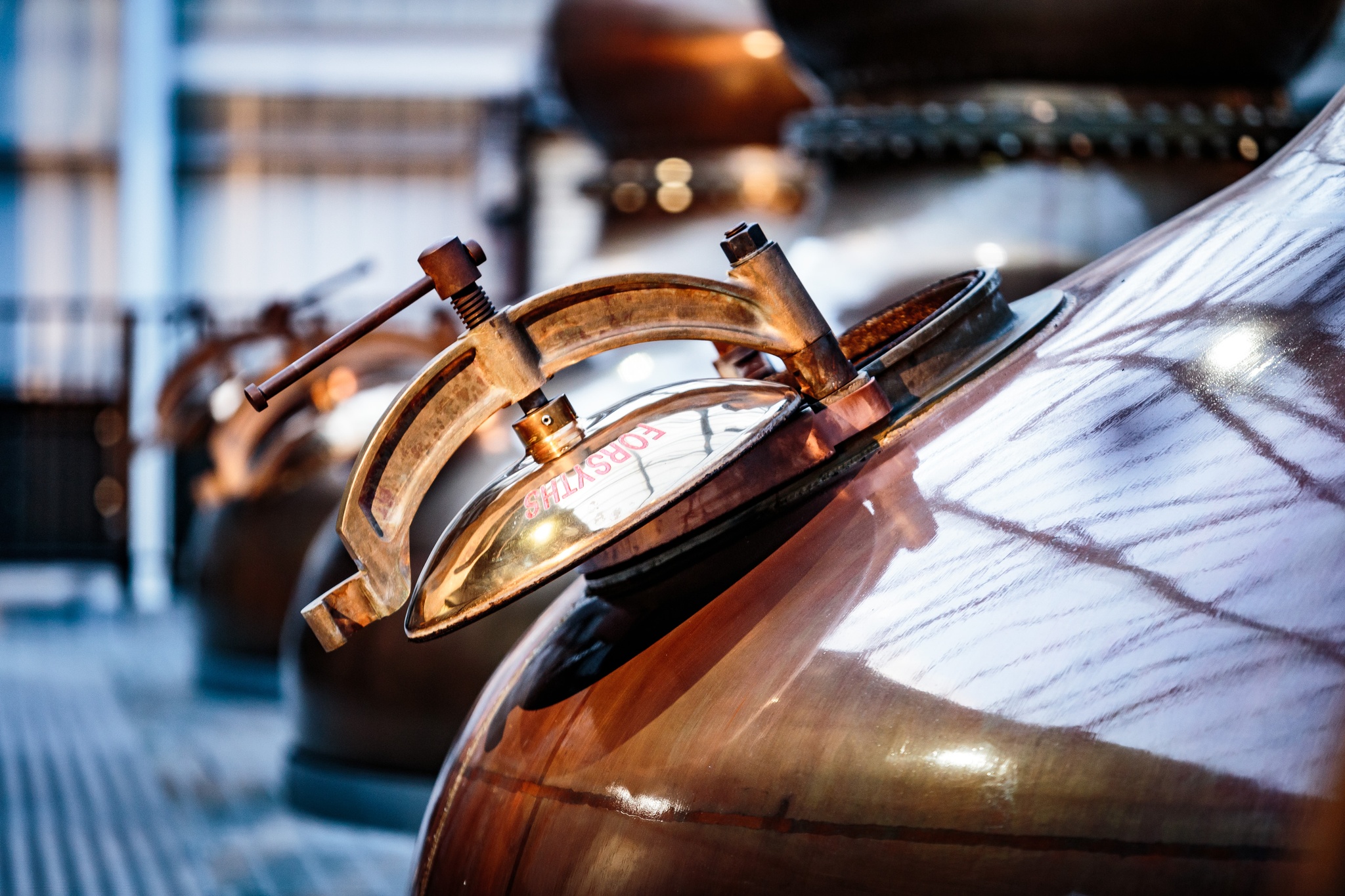 Whisky comes from the Gaelic words ‘uisge beatha’, meaning water of life. While it uses much of the same ingredients as beer (water, malted barley and yeast), it has only been mentioned in writing since the tail-end of the 15th century. With the whisky-making process in Scotland being this young, compared to beer, it would mean that famous Scots, such as Robert the Bruce and William Wallace would have gone their entire lives without knowing what would one day be their country’s most iconic drink.

The two main differences between making beer and whisky is that there are no hops in whisky and that, after fermentation, the liquid is distilled and matures in barrels for at least 3 years (although some beers also mature in barrels). The alcohol that evaporates in the barrel (and goes to heaven) is referred to as the “angel’s share”.

Malted barley that’s dried over burning peat will give the whisky a smoky flavour, single malts are whiskies that are only distilled once, and Scotch is any kind of whisky that has matured in Scotland. A lot of the flavour comes from the maturing process, so whatever was in the barrel before the whisky (usually sherry, port or even whisky) will leave its signature taste on the drink. Some distillers, however, prefer newly crafted casks.

If you want to dive into the distilling process and history, including the infamous century of whisky smuggling, head over and watch our amazing Scotch Whisky Explained. Please enjoy with any of these craft whiskies or click on our whisky map to have the complete overview: 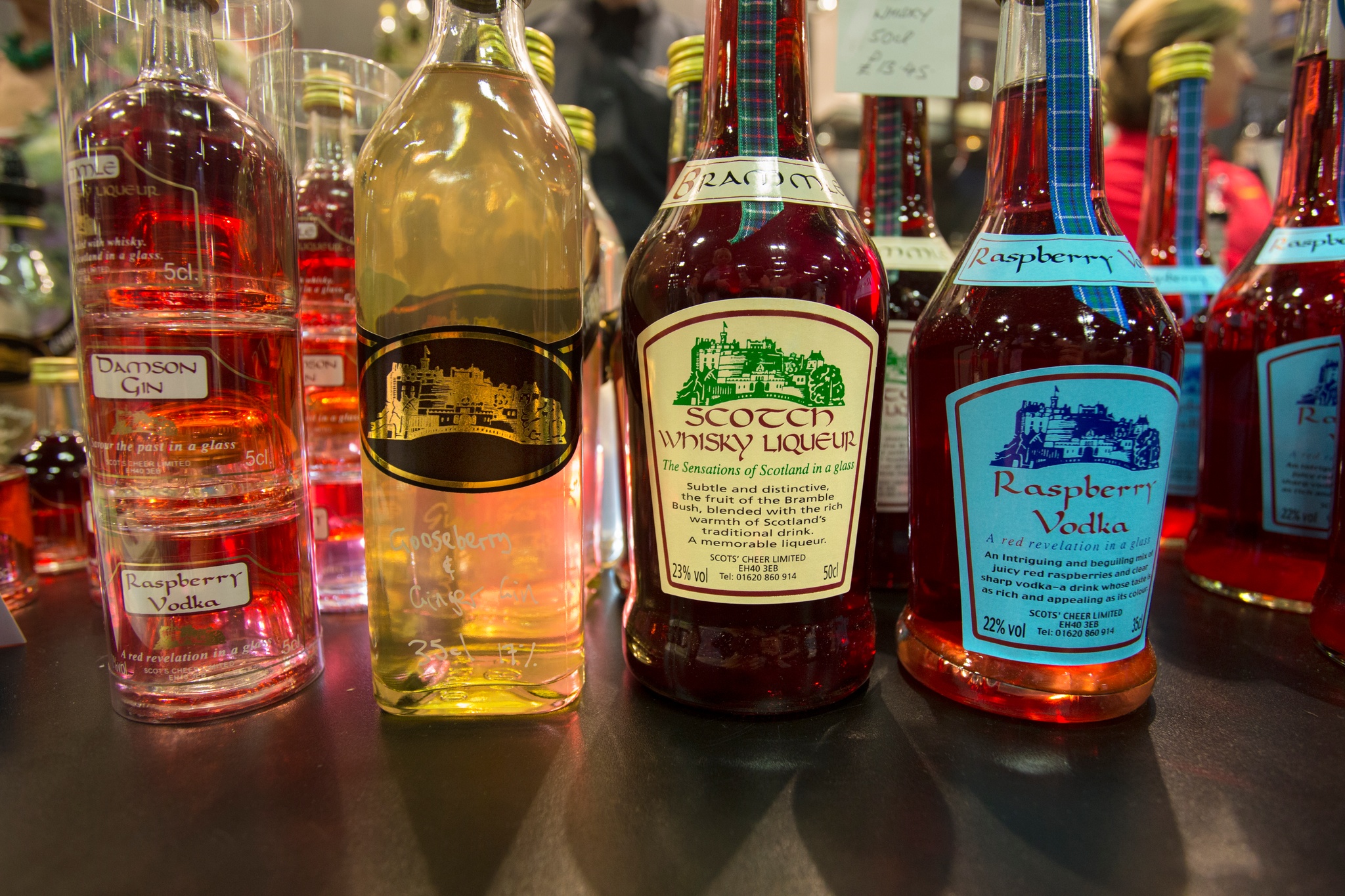 Vodka comes from the Slavic word for water, ‘voda’. In many ways, it could be seen as whisky’s twin brother: they’re both made with roughly the same ingredients, they were both invented in the late medieval period, albeit in opposite sides of Europe, and they are both nicknamed ‘water of life’. The key difference is in the distillation process.

Like grain whisky, vodka is made by distilling a paste of cereal grains (nowadays, some distillers add a potato or fruit mash to this). Unlike whisky, vodka can be consumed more or less straight after distilling, but should not have a rich melange of many different flavours. This is achieved through either filtration or a meticulously managed distillation process. In addition, unlike with whisky, only the middle third of the distillate (the heart) can be used. The first third (the head) and the final third (the tail) contain too many components that would spoil the quintessential clear and crisp taste of vodka.

Some of Scotland’s best craft vodkas added flavourings after distilling their spirits to give each of them an even more unique taste. Check them out here: 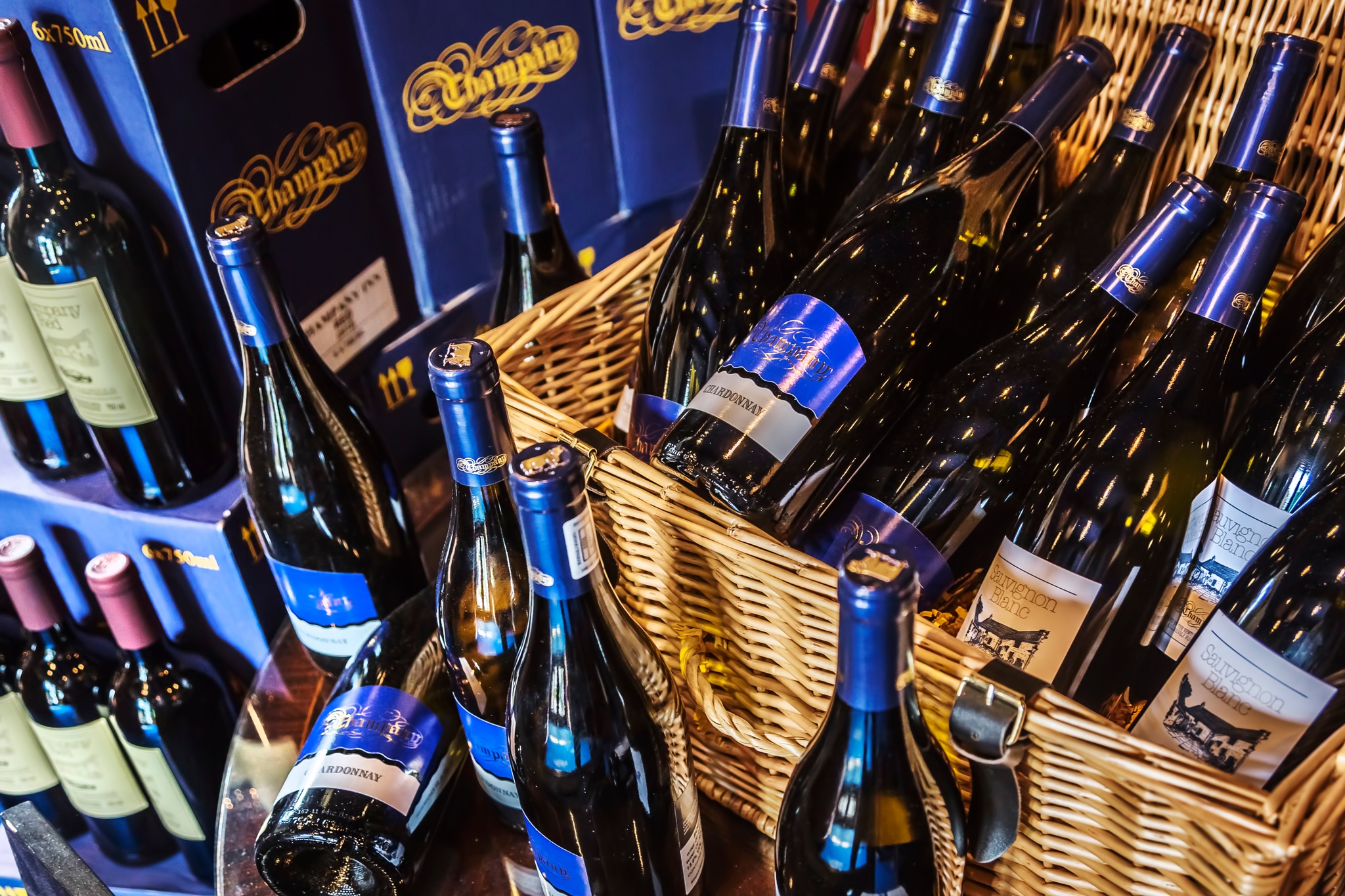 Scotland has a surprisingly long history with wine (longer than with whisky). It was the drink of choice for the Romans, who manned a number of forts in what is now the south of Scotland, and was used by Christians in religious services.

Making wine with homegrown wine grapes, however, has been a challenge. In the last decade, there have been attempts to grow special kinds of cold-resistant grapes, but, so far, these endeavours have been either unsuccessful or led to only small-scale, local productions.

But don’t despair, Scotland does have a rich and tasty treasure trove of the so-called berry and honey wines. Just like with any other kind of wine, the juice of fruits like strawberries, raspberries and elderberries is fermented to create that perfect glass of enjoyment. Add fruits to some hot watered-down honey, ferment it, and you’ll get a stellar mead.

Enjoy the unique sweetness of Scotland and discover how there can be delicious wine from somewhere as far north as Orkney, with these craft wines:

Our fantastic drinks pair extremely well with our mouth-wateringly delicious food. Check out our blog, which lists places where you can get some of the tastiest local snacks and produce of Scotland (including street food), or go directly to the Scotland Food & Drink website for a more complete overview of local food and drink producers.

Enjoy your drink even more by coorieing up with a good book (our amazing independent bookshops deliver to your door). And click here for more amazing ways to experience Scotland from home.

Do you have a favourite craft alcohol drink that isn’t on our list? Let us know in the comments below.

10 Best Places for Lunch in Edinburgh

6 of the best pizza places in Edinburgh, recommended by an Italian