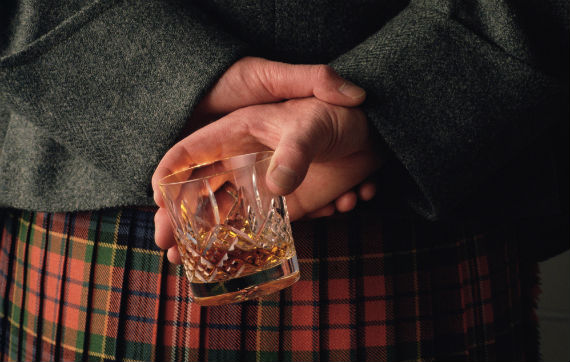 Ken Loach’s films, including Sweet Sixteen, Kes, Looking for Eric and My Name is Joe can sometimes be quite harrowing tales of Britain’s working class, but Canne Jury Prize winning The Angels’ Share is an upbeat heist-like tale which demonstrates both good and bad aspects of Scottish life. It’s named after the beautiful name given to the small percentage of alcohol which evaporates into the air during the distillery process – a dram for the angels.

Following a group of Glaswegians who are doing community service as punishment of various crimes, the film does not shy away from the reality that is life for thousands of people across the UK, of fear, gang violence, unemployment and depression but does suggest that people can make the change. The film quickly becomes a comedy caper as the kilt-clad group head to the Highlands in search of an expensive and rare whisky, the Malt Mull.

Whisky is certainly one of the main stars of the film, with many makes name dropped during whisky tasting sessions where Robbie, the lead character discovers that he has a nose for the stuff. I’m by no means a whisky connoisseur, but it even had me thinking that I’d quite like to do some tasting. The beautiful BalBlair distillery, north of Inverness is one of the locations as well as Glengoyne and Deanston, and the audience get to experience a distillery tour along with the group.

The film shows whisky and its fans in a great light, as they accept the youngsters into their group and, in the end, some even seem to understand the morally-dubious plan that they have to turn their lives around.

For information on local distilleries, check out our Scottish Whisky Distilleries Guide!