The 2014 Ryder Cup is nigh! It’s just over a month away until the first tee – which means the last preparations are being put in place for your arrival. That includes putting our heads together here at VisitScotland to come up with a bucket list for all you golf fans to do in Scotland, of course. You’ll be arriving in Scotland to watch world-class golf at Gleneagles, but I can guarantee you’ll be leaving with memories of much more besides. Which one will you start with?

Escape to the Highlands
With The 2014 Ryder Cup taking place in Perthshire, there’s really no excuse not to drive an extra hour or two further on from Gleneagles. You’ll be glad you did. The Highlands offer visitors access to some of the most spectacular landscapes in Scotland – and arguably the world, for that matter. 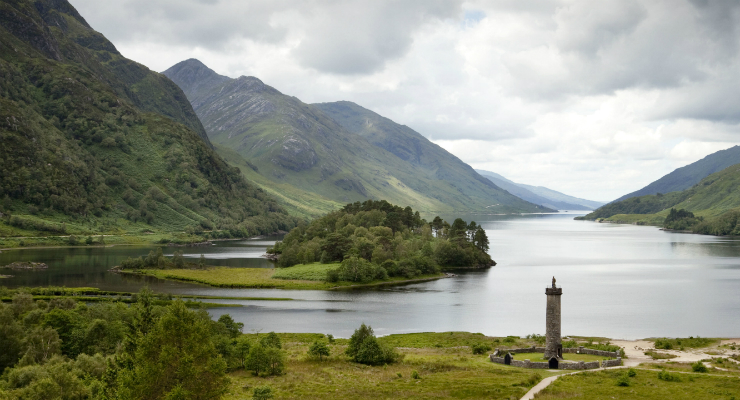 Sample the water of life
There are over 100 working distilleries in Scotland, continuing a tradition that has remained strong for centuries. Half of them are open to the public and offer tours which take you behind the scenes to uncover the secrets of whisky distillation. You may even earn a free dram out of it at the bar. There are five whisky-producing regions, each one with unique characteristics. Even if you’re not usually a whisky fan, there’s a dram out there for everyone – you just haven’t found it yet! Maybe try it paired with Scottish produce like cheese or chocolate? You’ll be surprised by the results. Or why not visit one of Scotland’s golf bars, like the Jigger Inn, for a dram in an authentic, characterful setting? Scotlandspubsandbars.co.uk is a great resource to find watering holes in Scotland with sporting, literary or musical connections and more. Slàinte mhath! 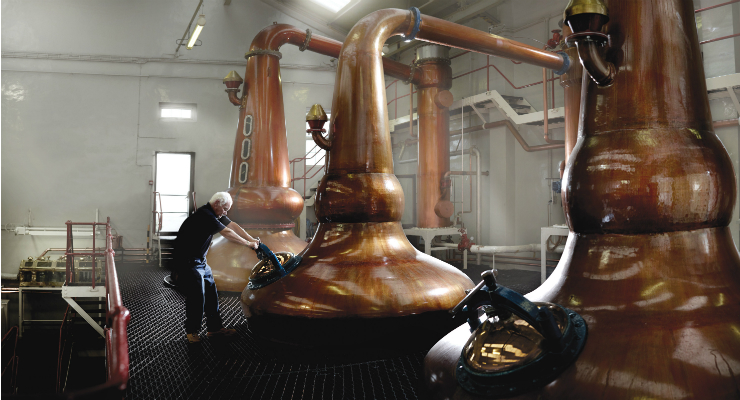 Stillman at work at Glengoyne Distillery

Explore Perthshire – the host region
Perthshire is where the Highlands meet the Lowlands. As such, it offers the best of both and is definitely a playground for the adventurous. ‘Bagging’ a Munro (a mountain over 3,000 ft) is a favourite activity in the region, but you can also try cruising down the swirling white water rapids on the River Tay with Nae Limits or jumping off the Garry Bridge with Highland Fling Bungee – if you dare. 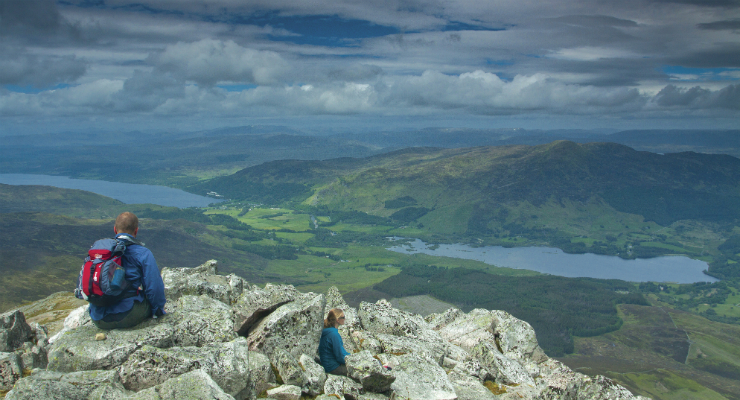 The view from the top of Schiehallion, Perthshire

Spot eagles on and off the course
Three may be a magic number but in Scotland, it’s the number five that counts. Wherever your travels take you around the country, be on the look out for Scotland’s Big Five – its star species. Whether you glimpse a golden eagle soaring over rugged moorland, the majestic ‘Monarch of the Glen’ red deer stag rearing its head or red squirrels performing aerobatics from branch to branch in ancient Caledonian forests, it’s sure to be a breath-stopping moment. 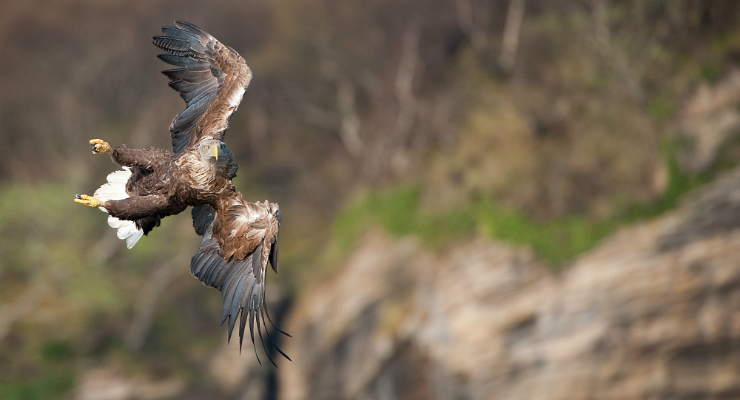 Make the St Andrews pilgrimage
At some stage, all golfers want to travel to the hallowed fairways of St Andrews’ Old Course – venue for The 2015 Open Championship. To play on it depends on Lady Luck and whether or not she’ll allow your name to be picked out of the ballot. You can still make the most of your pilgrimage and visit the iconic Swilcan Bridge (a prime moment for a ‘selfie’ if ever there was one) or sink a pint of Jigger Ale, a classic Scottish beer, at the Jigger Inn – as many pros have done before you. 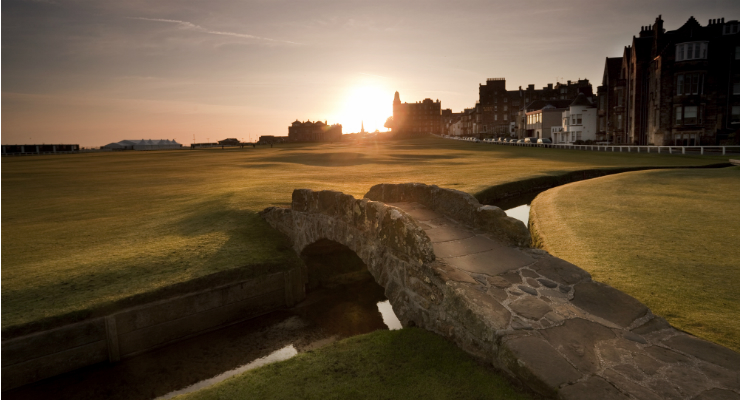 Try the see food diet
With a total of 16 Michelin starred restaurants, Scotland is definitely on form when it comes to cuisine. In fact, much of its fresh produce is in high demand abroad because of its quality; from langoustines and smoked salmon to Aberdeen Angus beef and Scotch. Why not try it at its best straight from the source? 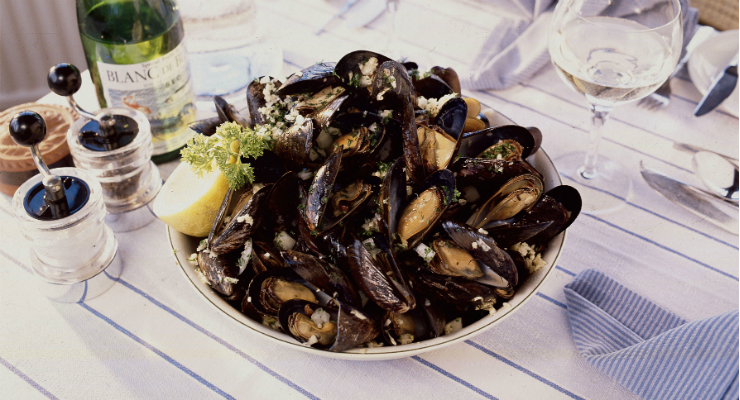 Take on the regional challenge
Are you up for it? See if you can play at least one course in each of the six golfing regions in Scotland. Maybe Southerness in Dumfries & Galloway, followed up by Gullane on Scotland’s Golf Coast? Royal Dornoch in the Highlands and then Cruden Bay in Aberdeenshire? Take your pick of 550-plus courses and you may find you’ll be left wanting more after six rounds.

Become a history buff
Scotland wears its history on its sleeve. Around every turn, you’ll spot something that belies what happened in the past. Perhaps the easiest to spot are Scotland’s castles. There are 300 alone in Aberdeenshire, with its own dedicated Castle Trail to follow. Then of course, there’s the iconic Edinburgh Castle. Wherever you are in Scotland, there’s a chance to get clued up on the country’s past. My personal favourite is the cliff-top ruin of Tantallon Castle in East Lothian, which is open to visitors. 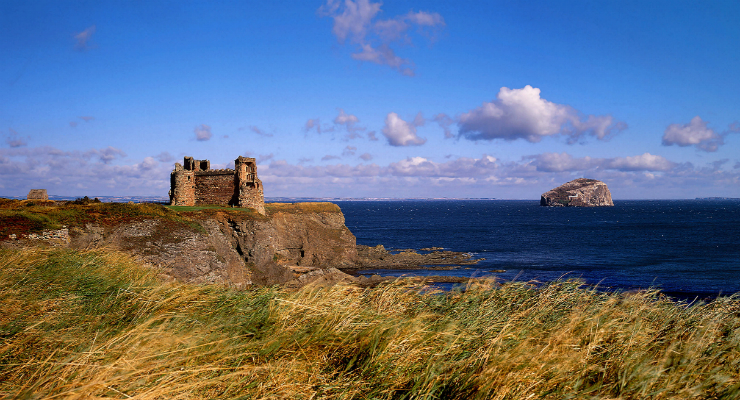 The ruins of Tantallon Castle and the Bass Rock, East Lothian

Step inside a 30-foot horse
If you’ve decided to drive to the tournament and avail of the park and ride facilities, it may be worth your while making a detour and taking the M9 to Falkirk to see some of Scotland’s most stunning and intriguing outdoor sculptures. The Kelpies opened earlier this year and are truly mesmerising in terms of design and sheer scale (you even can see them from the nearby motorway). 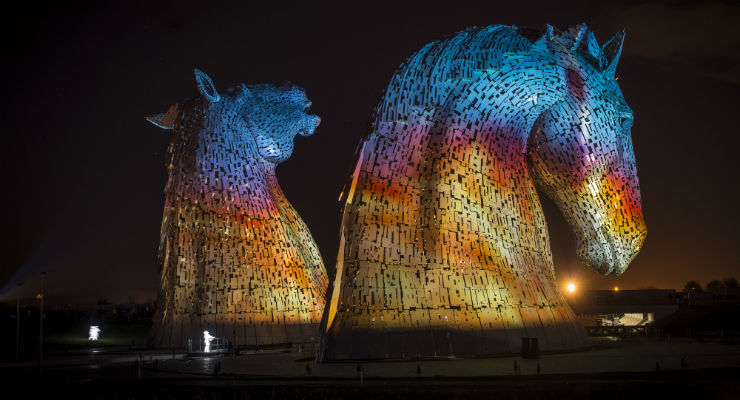 The Kelpies near Falkirk © Kenny Lam

Let us know how you get on and share your experiences with us on our social media channels, including the Scotland Home of Golf Facebook page, or follow our Ryder Cup updates on Twitter @RyderCup2014.

Nick Dougherty Talks About His Trip To Gleneagles

14 Different Days Out in Scotland

Solheim Cup 2019: Everything You Need to Know