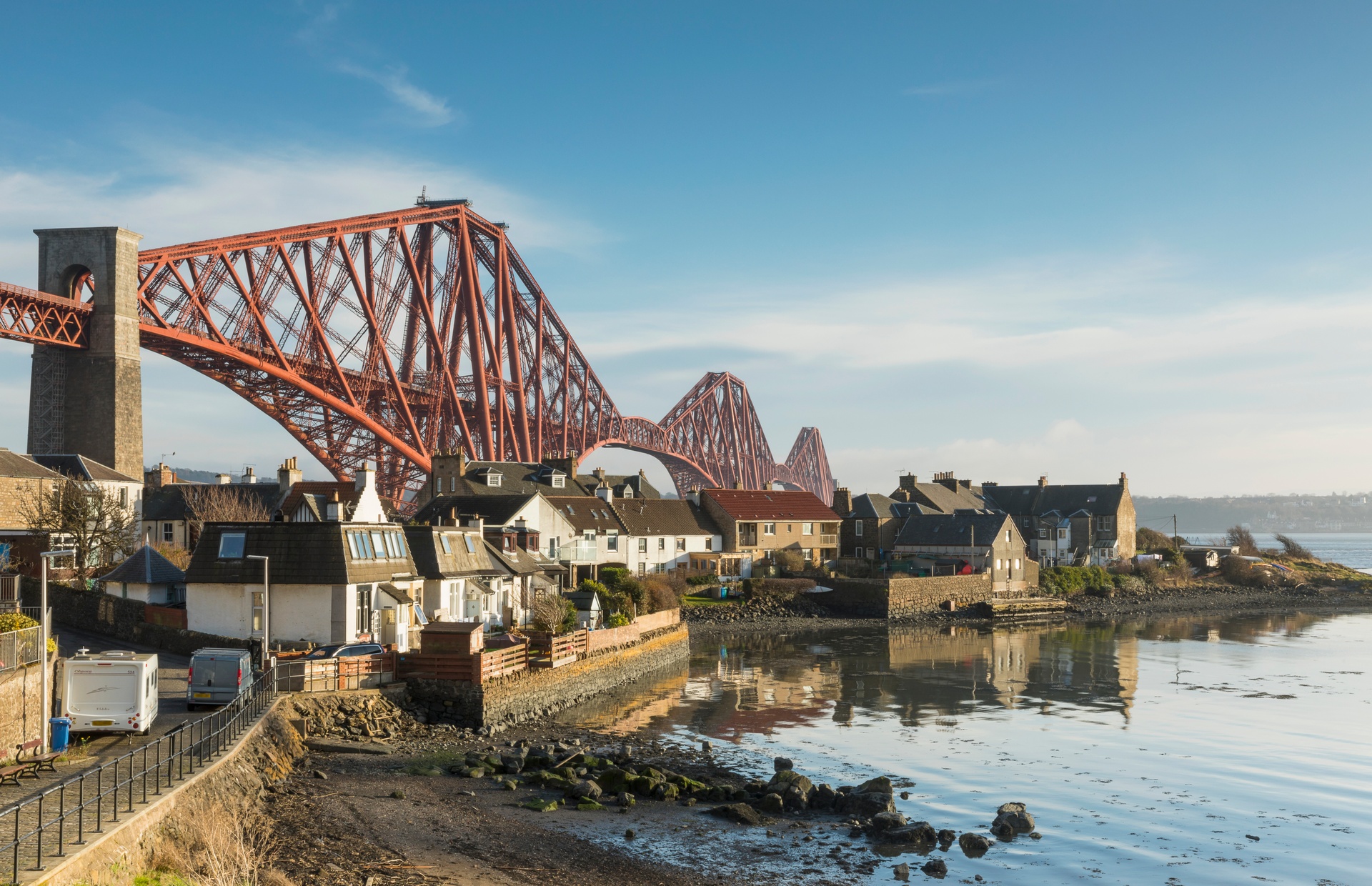 The Forth Rail Bridge

Scotland has so many wonders scattered across its compact land and islands – vast starry skies, ancient archaeology, magnificent wilderness, acclaimed food and drink and more. It’s natural that so many of its destinations and attractions have received international recognition.

Some of the most high-profile accolades in recent years have been won by Scottish destinations. Lonely Planet named the Scottish Highlands and Islands (including Moray Speyside and Aberdeen) one of the top regions in the world for travellers in 2019, featuring fifth on the list, while the city of Dundee came sixth in the travel Bible’s Best in Europe 2018 hotlist. And let’s not forget Leith, the vibrant port district of Edinburgh, which Time Out hailed as one of the 50 Coolest neighbourhoods in the world.

Our attractions are also note-worthy. TIME named the V&A Dundee and Macallan Distillery on their 100 World’s Greatest Places list of 2019.

Read on to discover the county’s top award-winning attractions and what makes them outstanding. 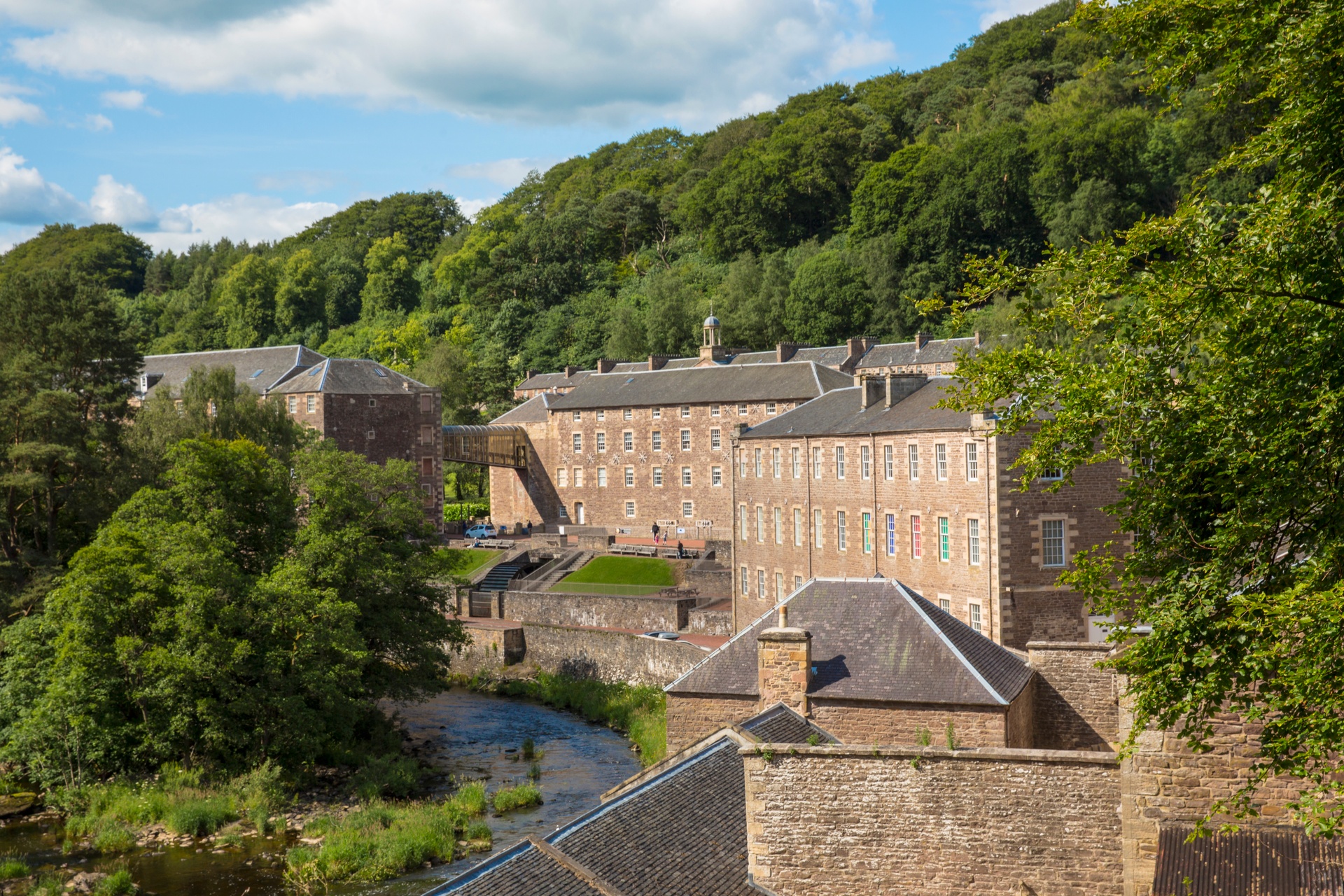 Scotland is a treasure trove of cultural and natural UNESCO World Heritage Sites. From the remnants of the Antonine Wall, final frontier of the Roman Empire, to the innovative hub of Dundee, UNESCO City of Design, discover the places and attractions singled out by the UN agency for their major historical and culture value.

Heart of Neolithic Orkney – among the remarkably well-preserved Neolithic structures built on Orkney (named one of the best places to live in the UK at the 2019 Halifax Awards), as far back as 2500 B.C, is the mysterious Ring of Brodgar, a giant circle of standing stones constructed on the archipelago’s mainland at around the same time as Stonehenge.

St Kilda – this remote archipelago located to the west of Scotland’s Outer Hebrides boasts breathtaking ocean views and a unique ecosystem and is somewhat shrouded in mystery. Its history and even the origin of its name is a puzzle. Encounter a wealth of marine life on one of the many ocean tours offered by local boating companies and walk around ancient ruins.

Galloway and Southern Ayrshire Biosphere – this patch of south western Scotland has been recognised as an outstanding environment for both nature and people. Geologically significant and brimming with scenic beauty, this unique destination is home to Galloway Forest Dark Sky Park, world-class mountain biking, and a number of arts and culture festivals held throughout the year.

New Lanark – surrounded by spellbinding rural scenery, step back in time at this small 18th century village where philanthropist and idealist Robert Owen designed a progressive model industrial community which included spacious and humane accommodation for cotton mill workers, as well as an educational institute and school.

Forth Bridge – this russet-coloured Victorian rail bridge had the largest span of any cantilever bridge in the world when it opened to 1890. Today, it a UNESCO site flanked by its sisters: the 60s-era Forth Road Bridge and the magnificent Queensferry Crossing which opened in 2017.

The Old and New Towns of Edinburgh – the Scottish capital’s historic heart is among the most beautiful and well preserved in the world. Chart the city’s transition from the sprawling medieval tenements of the Old Town to the Georgian splendour of the New Town with its symmetrical crescents and palatial town houses.

Glasgow UNESCO City of Music – UNESCO has declared Glasgow one of half a dozen Cities of Music. Some 130 concerts are said to occur here every week. It is the home of the Royal Scottish National Orchestra, the Scottish Opera and the Scottish Ballet. It also boasts thriving indie scene which you can enjoy at venues including King Tut’s Wah Wah Hut and the grungy basement that hosts Sub Club, home to some of the best underground techno music in the world. 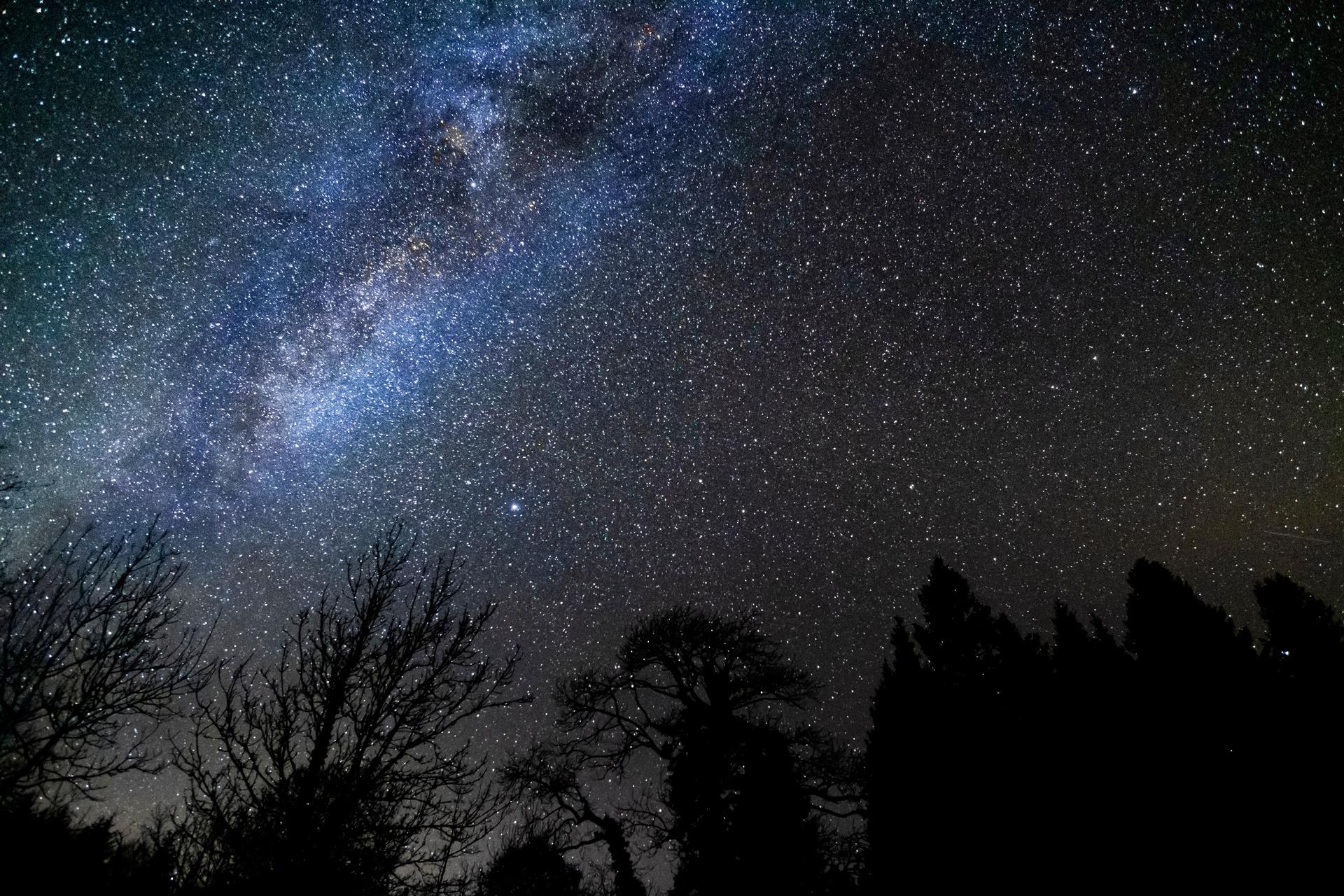 Scotland has become hugely popular for stargazers seeking out dark places where they can enjoy a clear view of the night sky free from light pollution. These are Scotland’s Dark Sky Parks.

Tomintoul and Glenlivet – this area is one of the best places in the Cairngorms National Park to take in the celestial wonders of the night sky. This dark sky park is the most northerly in the world, but highly accessible with parking facilities located nearby.

Isle of Coll – this Inner Hebridean isle was awarded the status of Dark Sky Community by the International Dark-Sky Association. The island has no street lighting and enjoys a night-time clarity on a par with high Arctic regions.

Galloway Forest Park – Europe’s first official Dark Sky Park scores an impressive 23.6 out of 25 on the International Dark Sky Association’s scale of darkness. You can see the Andromeda galaxy with the naked eye. 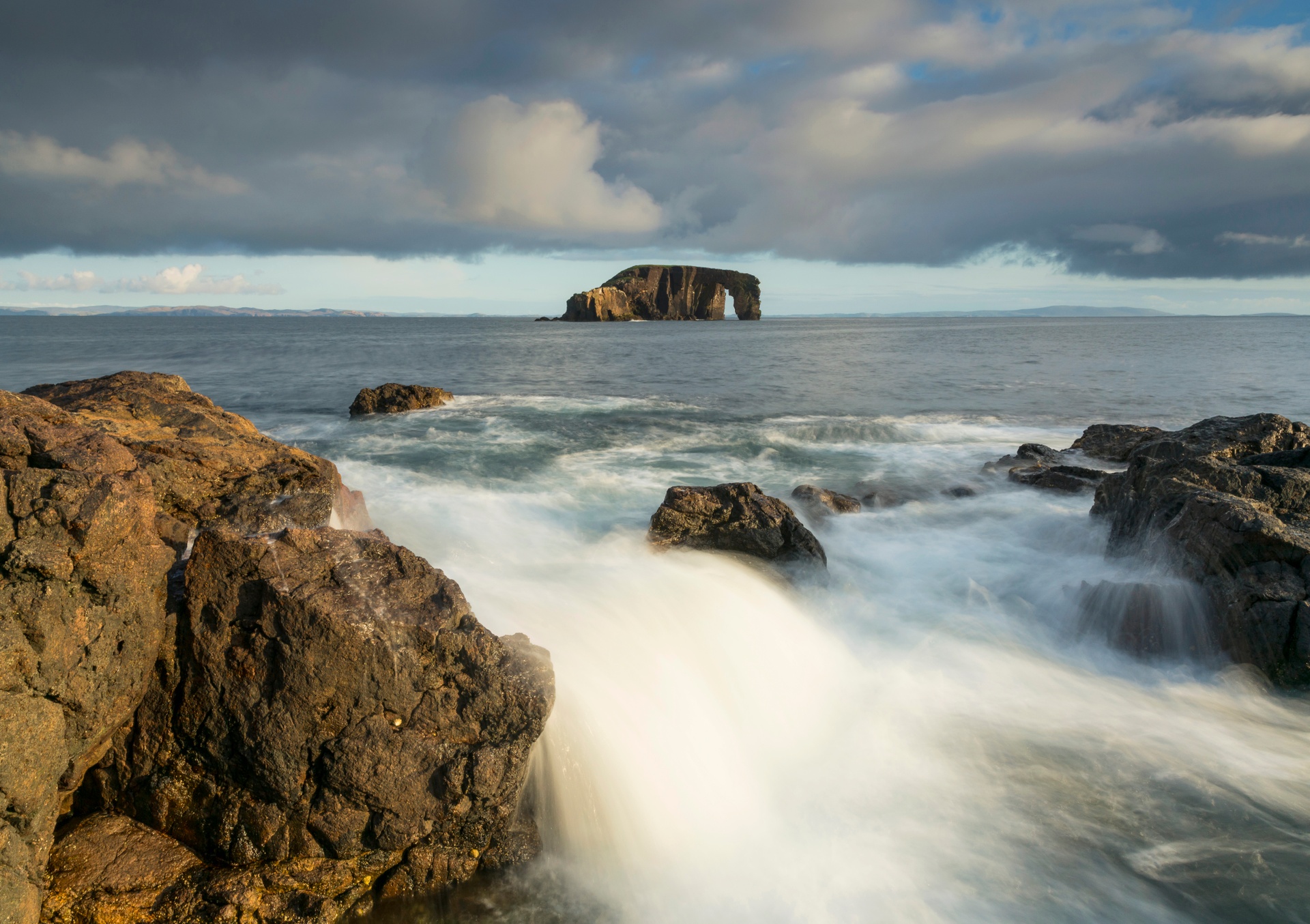 Dore Holm off the coast of Esha Ness, Shetland

According to UNESCO, Scotland is home to some of the most outstanding natural landscapes on the planet. These specially-designated areas are called Global Geoparks and boast natural landmarks and landscapes of major international significance and worthy of conservation.

Lochaber – shaped by a millennia of shifting geological forces, this area spans some of the dramatic scenery of the Highlands including Britain’s highest mountain, Ben Nevis, and its deepest fresh water loch, Morar.

North West Highlands – explore 2000 sq km of mountain, peatland, beach, forest and coastline north of Ullapool, including some of the most well-known and important rock formations in the UK, some of which stretch back over three billion years.

Shetland – climb an extinct volcano, walk across an ancient ocean floor, stroll across ever-shifting sands and admire some of the oldest and most dramatic rock formations on the planet.

Interested in discovering more of what Scotland’s natural environment has to offer? Learn about Scotland’s 208 beautiful Blue Flag Beaches, which are recognised for the environmental quality of their sands and waters. Scotland also has an amazing 1,423 Sites of Special Scientific Interest (SSSI). These are specially-protected environments where you can observe a huge array of plant and wildlife. 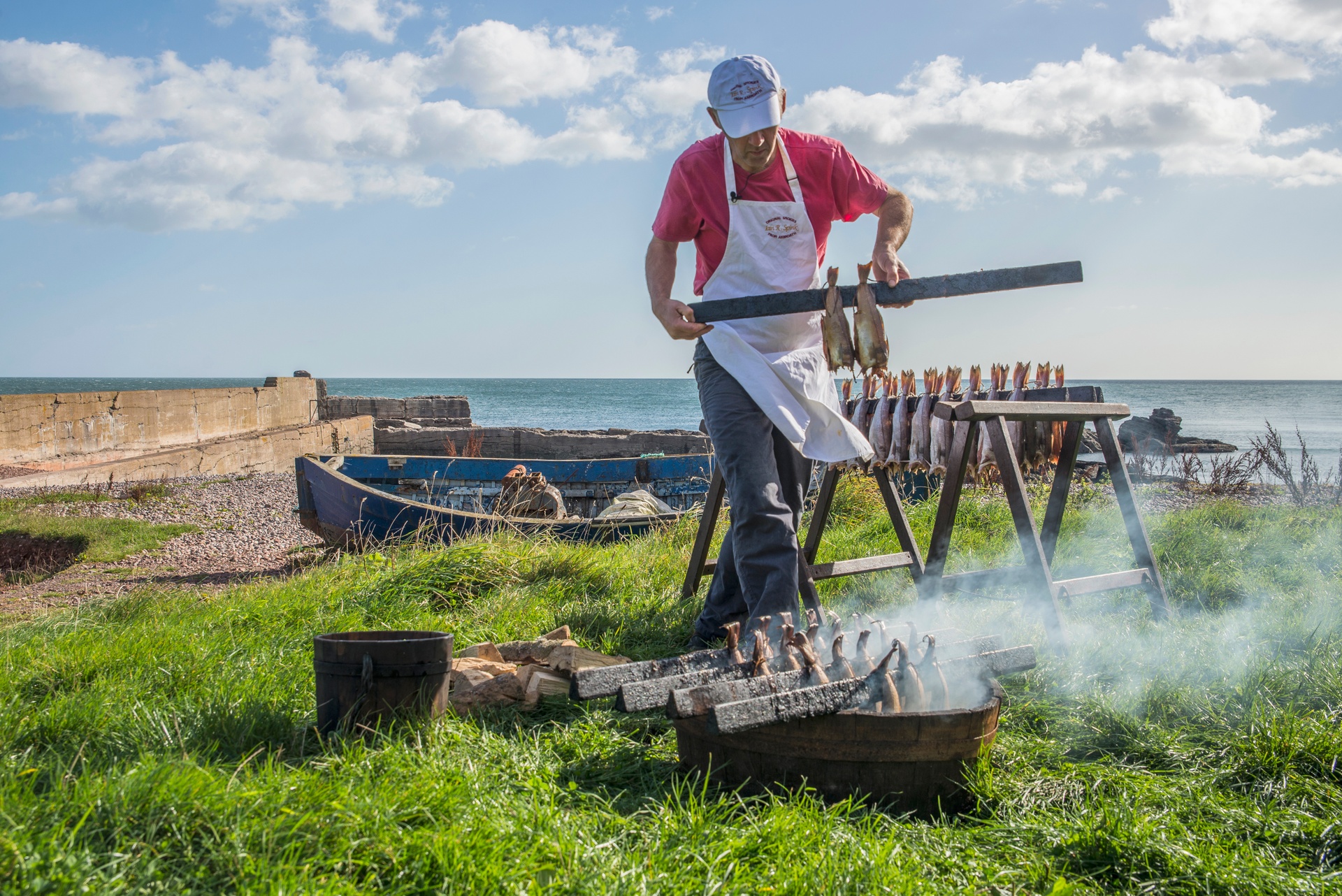 When it comes to food and drink, Scotland is best known for its traditional dishes such as haggis, and for being the birthplace of Scotch Whisky. But it also enjoys a glowing reputation for many other kinds of local produce.

Orcadian Gin – Orkney’s craft gin scene is having a moment. The Orkney Gin Company’s Johnsmas gin won a prestigious UK Gold Medal in the World’s Best Gin Awards in 2017, while Kirkjuvagr Gin of Orkney Distilling came fourth place in a survey conducted by the Scottish Gin Society to find the nation’s top 50 gins. What’s more, its Arkh-Angell or ‘Storm Strength’ Gin won a Gold Medal at the World Gin Awards in 2019.

Orcadian Beer – Orkney breweries have also won awards. Swannay Brewery took home the SIBA 2018 Gold Awards for its Bottled Magnus Blonde and canned Muckle larger, while the Orkney Brewery was a UK winner at the 2017 World Beer Awards thanks to its Dark Island Reserve and Red MacGregor.

The Arbroath Smokie – these salted and dried haddocks are smoked over a beech-wood fire and have, like Champagne, EU-protected status. That means they can only be called Arbroath Smokies if they are prepared in a highly specific, traditional way and come from within a 5-mile radius of the small fishing village of Arbroath.

The UK’s No.1 Fish n’ Chip Shop – a fish supper is considered as fine a delicacy as any of the meals prepared in the country’s Michelin-star restaurants – of which Scotland boasts 10. In 2015, the winner of the National Fish & Chips Awards was announced as Frankie’s Fish & Chips on Scotland’s Shetland Isles, which also happens to be the most northerly in the UK.

Discover more acclaimed places to eat and drink with our food and drinks rating scheme: Taste Our Best.

See which Scottish establishments and providers have been recognised as among the best in the  country at the Scottish Thistle Awards.

You can also perfect your own culinary skills at Scotland’s top cook schools, where you can learn from our most talented chefs.