Nature lovers, rejoice! If you didn’t already know, spring is now officially here. With amazing seasonal changes taking place across the UK, we thought we’d share the best of natural Scotland in the springtime. Can’t wait for SpringWatch on BBC 2? Experience the joys of spring in Scotland’s glorious outdoors and discover an incredible array of wildlife. 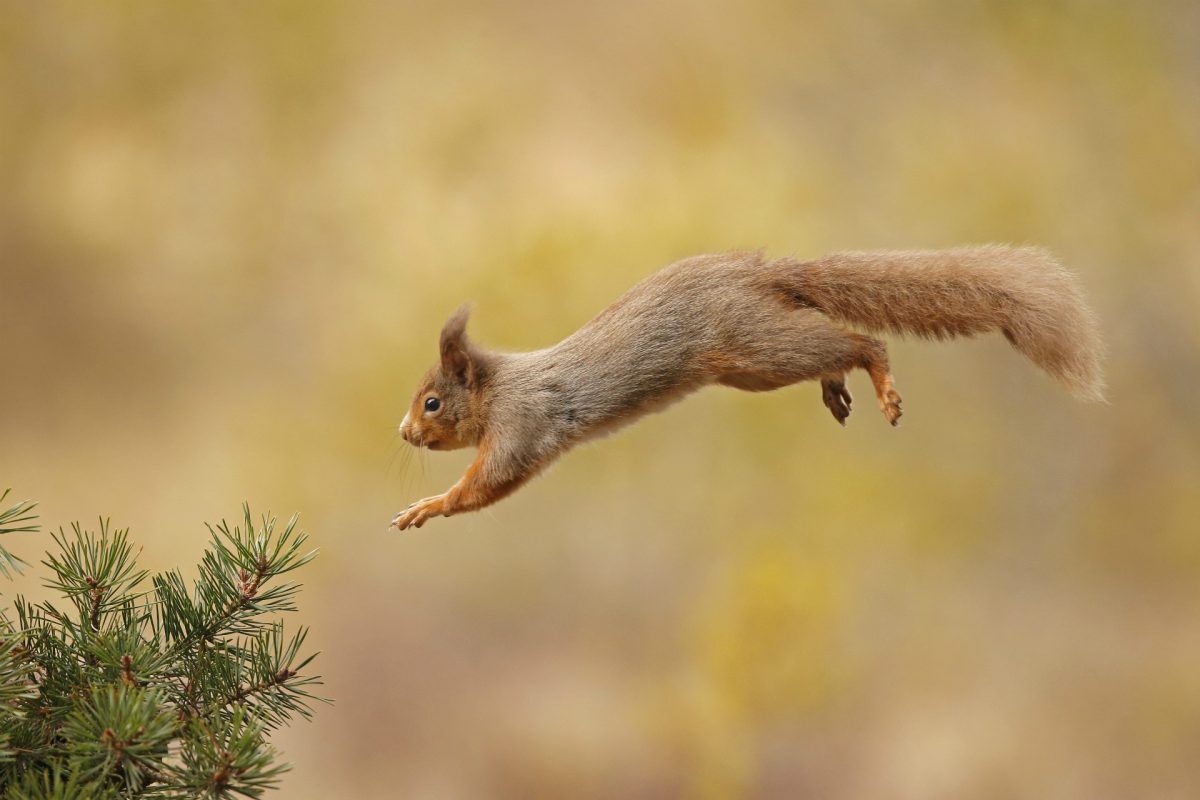 Love is in the air! The late winter months through to early spring is mating time for rare red squirrels. You might see these alert creatures darting through the trees and spiralling up and down the trunks, as the males chase after the females. The conifer forests of the Highlands and Dumfries & Galloway are some of the best places for squirrel spotting. Take a guided walk around Eskrigg Reserve, managed by the Lockerbie Wildlife Trust, or join one of the wildlife-themed events at Dumfries & Galloway’s Wild Spring Festival events (TBC).

Stroll through a bluebell woodland 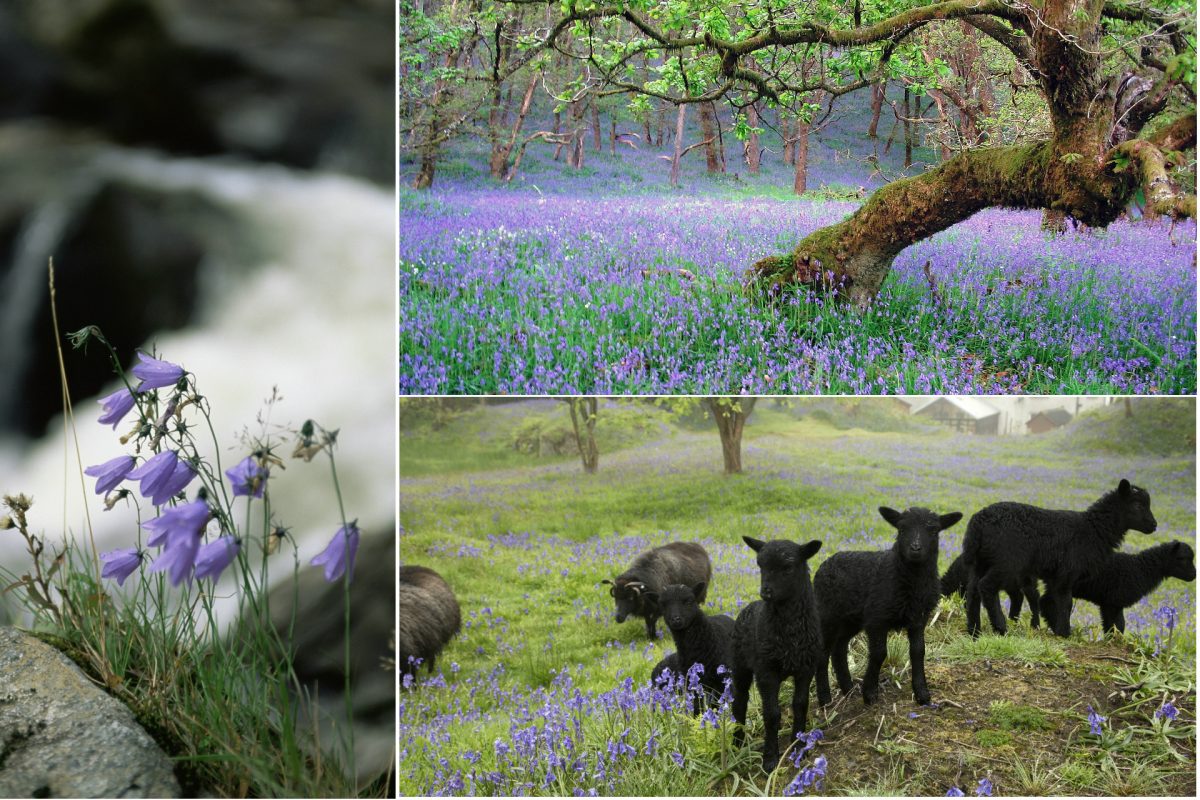 These delicate blooms, deep blueish-purple in colour with bell-shaped lobes, pop up in pretty meadows between April and June. You can admire these colourful carpets on woodland walks across the country. There are dozens of forest and parkland to choose from but why not explore the pathways of Culzean Country Park in Maybole, Ayrshire, Glasdrum Wood near Oban, Argyll, Fairy Glen near Fortrose in the Highlands, Glen Finglas in the Trossachs, or Cumbernauld Glen in North Lanarkshire?

Sail to a seabird colony 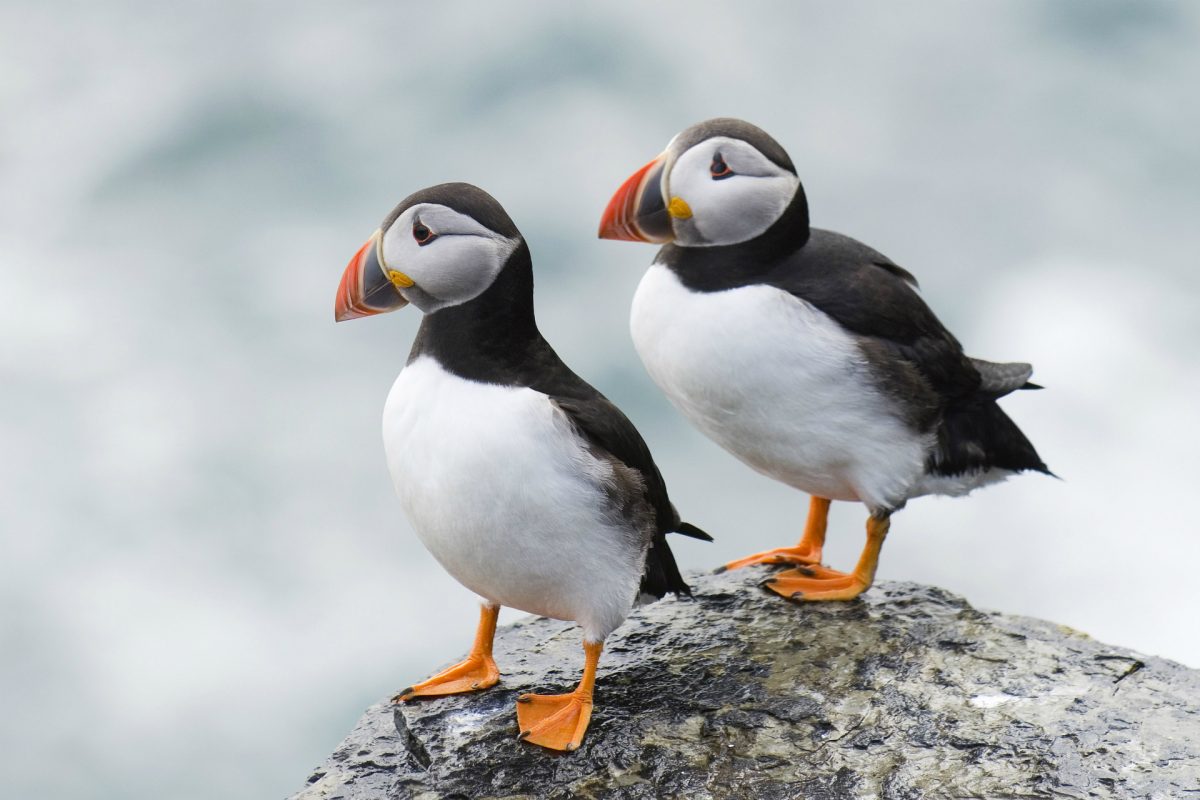 Seabird colonies come alive with thousands of seabirds during springtime, and the areas around Noss in Shetland and the Bass Rock, off East Lothian, are key colonies. Species to look out for include gannets, fulmers and guillemots. The Isle of May in the Firth of Forth and Staffa and the Treshnish Isles off the coast of Mull also welcome thousands of seabirds, including comical puffins (and who can resist a puffin?!), every year. 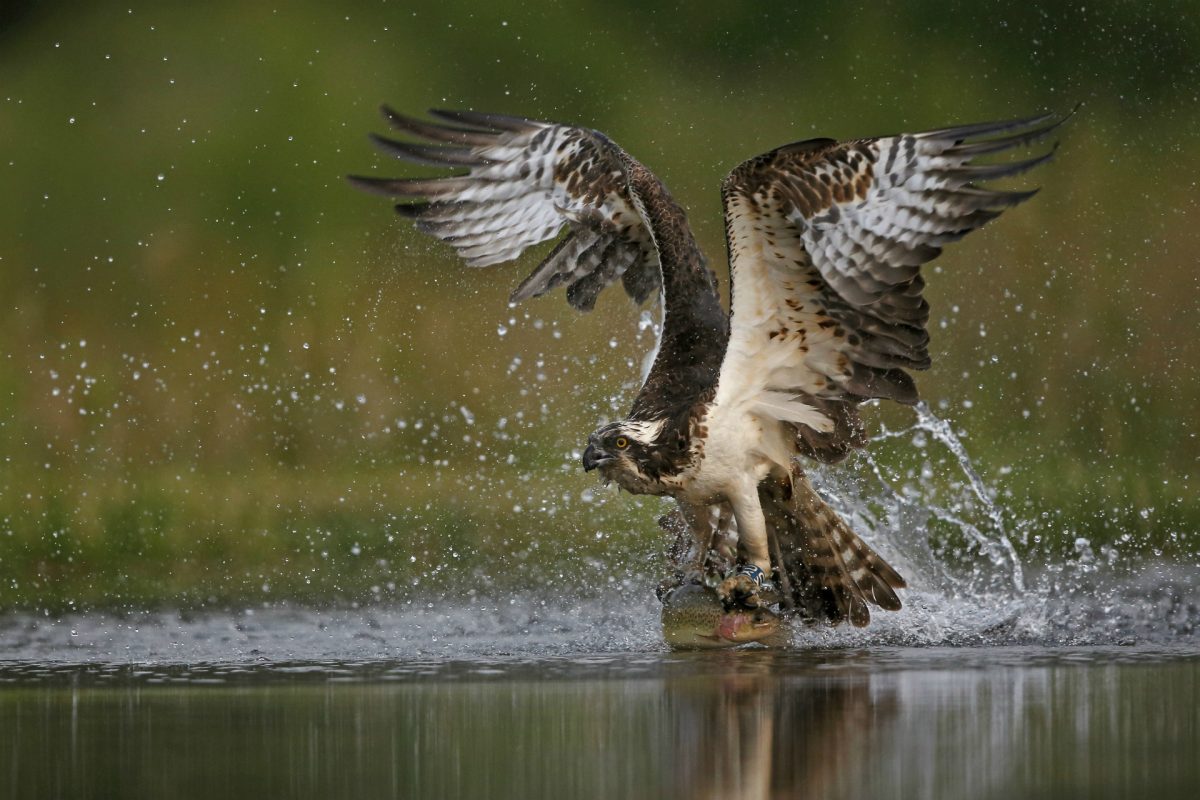 Ospreys make their way back from southern climes around Africa during late March and April (leaving again in August and September), and can be spotted both in the Highlands and the Tweed Valley in the Scottish Borders. Loch Garten Osprey Centre, near Aviemore, is a great spot for sightings, as well as via tree-top camera video feed at Kailzie Gardens near Peebles.

Catch sight of a capercaillie 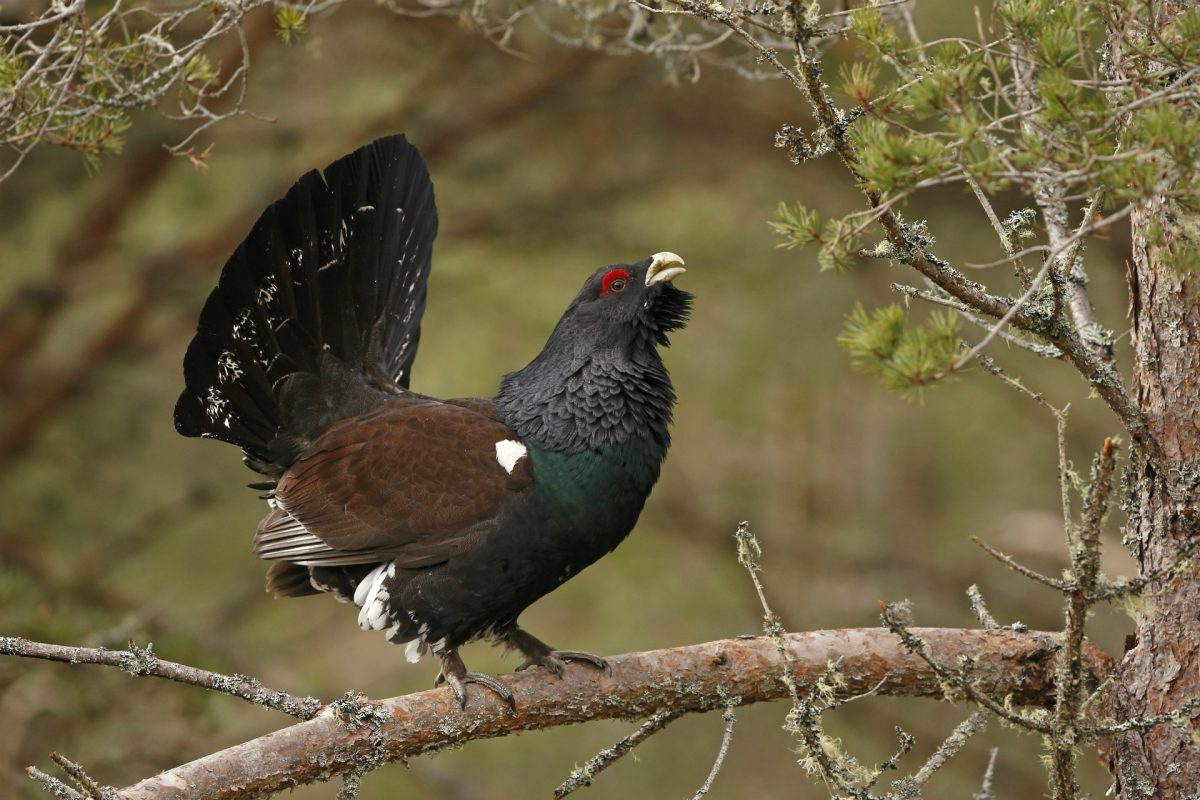 Capercaillies, Scotland’s rarest grouse, gather at traditional breeding sites known as leks throughout the areas of Caledonian pine forest, particularly within the Cairngorms National Park. Loch Garten Osprey Centre lies within Abernethy Forest, where there are regular sightings. The males woo the females with a distinctive call that cannot be heard by humans.

Look for wading birds in the machair You might have seen machair before without even knowing what it is! This is a rare coastal habitat which can be found on the coastlines of north west Scotland, particularly in the Outer Hebrides,  on low lying, fertile beaches. In spring, it becomes a pretty meadow filled with delicate wild flowers, and is home to some species of migratory wading birds. Lapwings are just one type of wader that can be found in the machair around Barra and  North Uist.

Want to know more about what you can see this season? Check Wild Scotland’s  wildlife watching calendar or, if you fancy heading out with an expert guide, browse through great wildlife tours.

When you are out and about, be sure to have a camera at the ready to capture your wildlife sightings. And, of course, then you can share them with us on our social media channels – connect with us on Facebook, Twitter and Instagram.  Happy wildlife watching!