Ah, bonnie Scotland. The mere sound of the word is enough to make you daydream of big skies and rugged Highlands; the cobbled streets of its ancient cities and legendary castles; gazing out across windswept coastlines and  heavenly islands sprinkled with purple heather, sipping a dram of the finest malt whisky.

You might not know when you’ll be able to  set foot again on one of our snow-white sandy beaches, or step inside a whisky distillery. But you can still escape to Scotland with help of a good book.

Literature inspired by Scotland – both fictional and fact-based – has long drawn visitors to our shores. Take the time to lose yourself between the pages of these remarkable stories set in Scotland and envision a time when you too will be free to journey through this endlessly enchanting country, collecting your own tales along the way.

We’ve pulled together some fantastic Scottish books you can read to pass the time, spanning everything from evocative travelogues to best-selling thrillers and much-loved classics. Read on and enjoy! 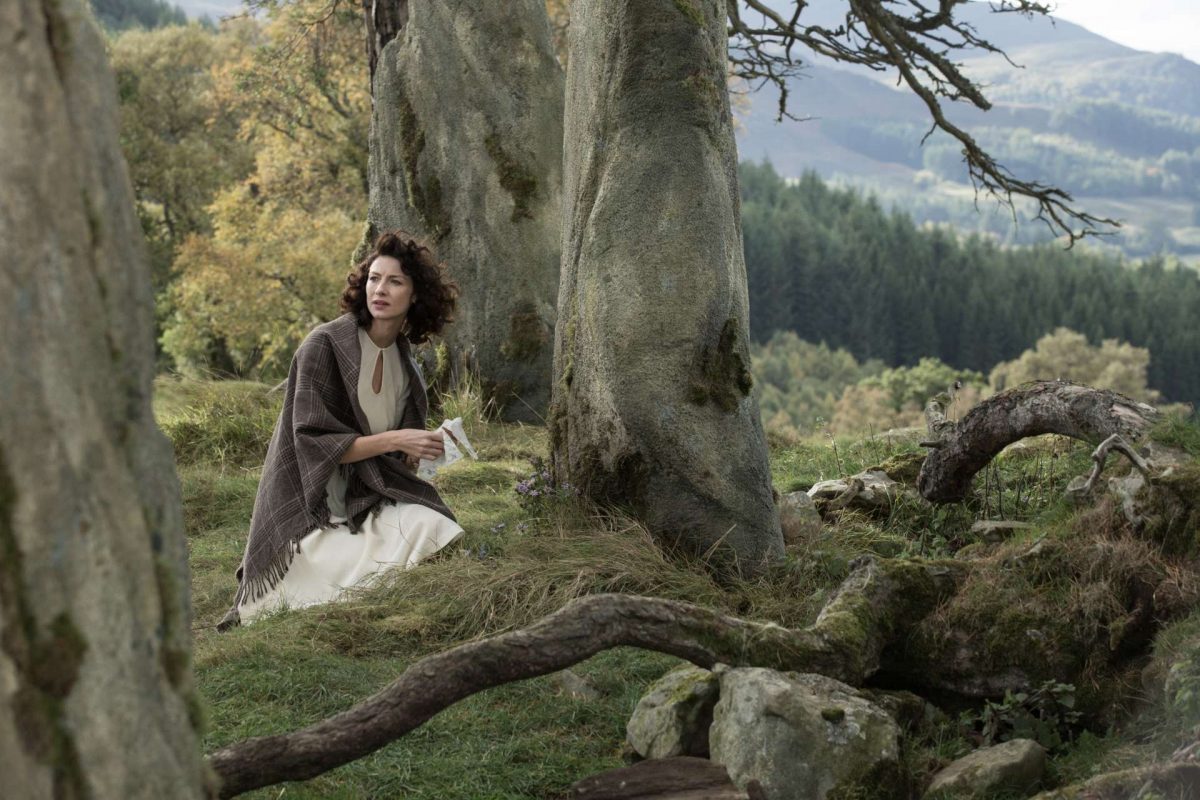 Amazingly, American academic Gabaldon had never actually visited Scotland prior to penning the first installment of her romantic chronicles set in Jacobite-era Scotland. Having captured the imaginations of millions of readers, the Outlander series is a literary phenomenon which has inspired countless visits to Scotland. Now a hugely successful TV series, return to the pages where it all started and get swept up in this time-travelling saga of a 1940s nurse and her love affair with a handsome 18th century Highlander.

Find out more the Jacobite Risings which inspired the novels and appear in the show.

Love this? Try Kidnapped by Robert Louis Stevenson which follows the adventures of David Balfour on his quest to reclaim his family inheritance in the wake of the 1745 Jacobite Uprising. 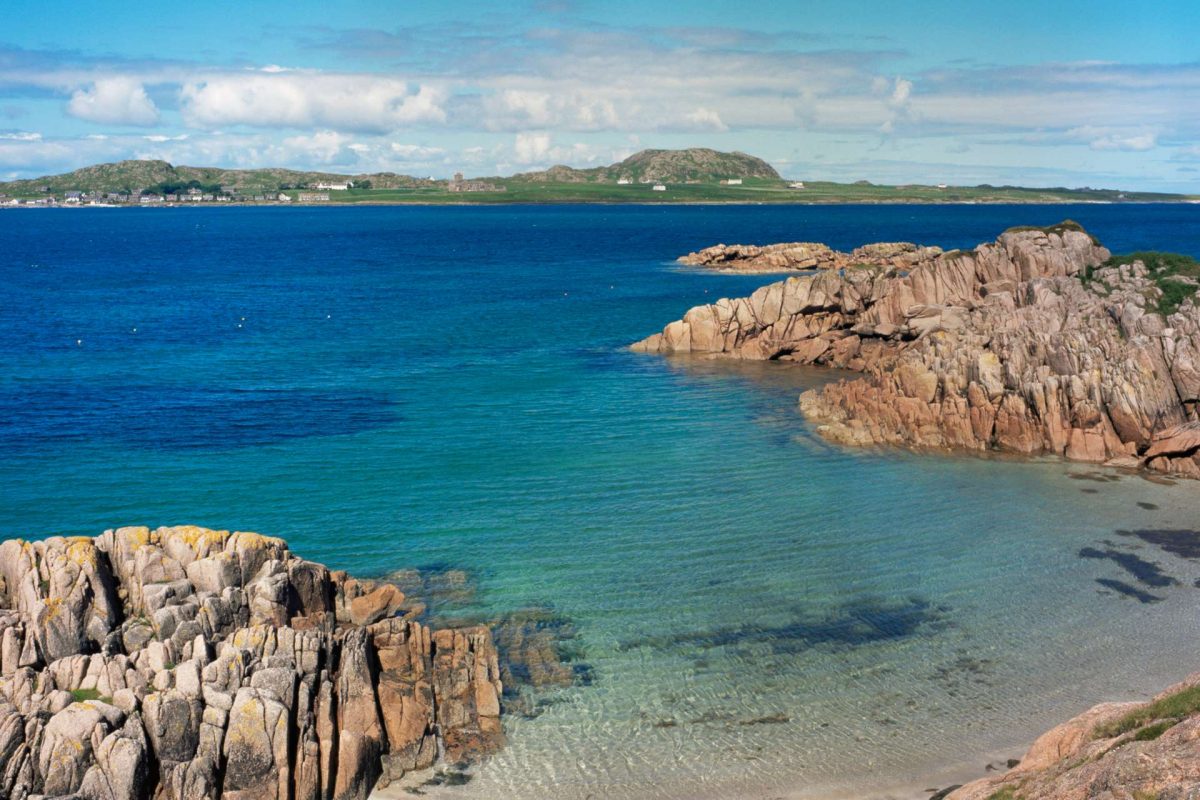 The Isle of Iona as viewed from the Isle of Mull, Inner Hebrides

Lewis, Iona, St Kilda; for many the names of these Hebridean islands are shrouded in mystery and legend. Madeleine Bunting shows what life is really like on some of the most secluded islands in the British Isles. Capturing the captivating pull of the islands which have inspired great writers such as George Orwell, JM Barrie and Robert Louis Stevenson, this beautifully written book is as much a character study of the people who choose to live here as it is a depiction of the unique landscape.

Find out more about  Argyll & The Isles.

Love this? Try Sea Room: My Love Affair with the Islands by Adam Nicolson. This spellbinding memoir recounts life spent on the Shiants – three tiny Hebridean islands off the coast of Lewis – with only puffins for company. 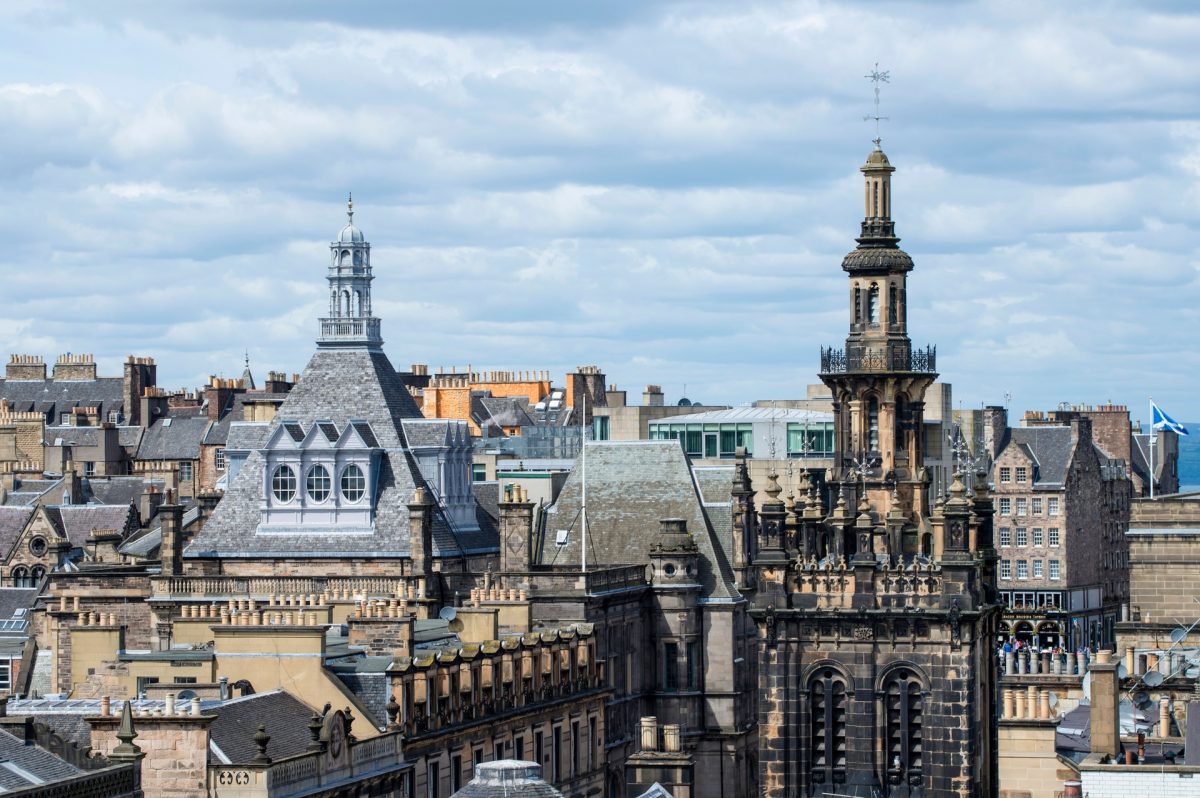 The skyline of Edinburgh’s Old Town

Lovers of crime fiction around the world were long ago introduced to the streets of Edinburgh through the eyes of world-weary Detective Inspector John Rebus. In this fascinating tome that fuses both the author’s own life with that of his fictional creation, Rankin reveals the places hidden off the well-worn tourist trail which inspired the complex protagonist and cases of his best-selling novels. In short, it’s a compelling tour through contemporary Scotland by one of our most successful writers.

Find out more about Edinburgh.

Love this? Try 44 Scotland Street by Alexander McCall Smith. Enjoy this more light-hearted depiction of life in Edinburgh, following the lives and loves of the residents of a New Town tenement. 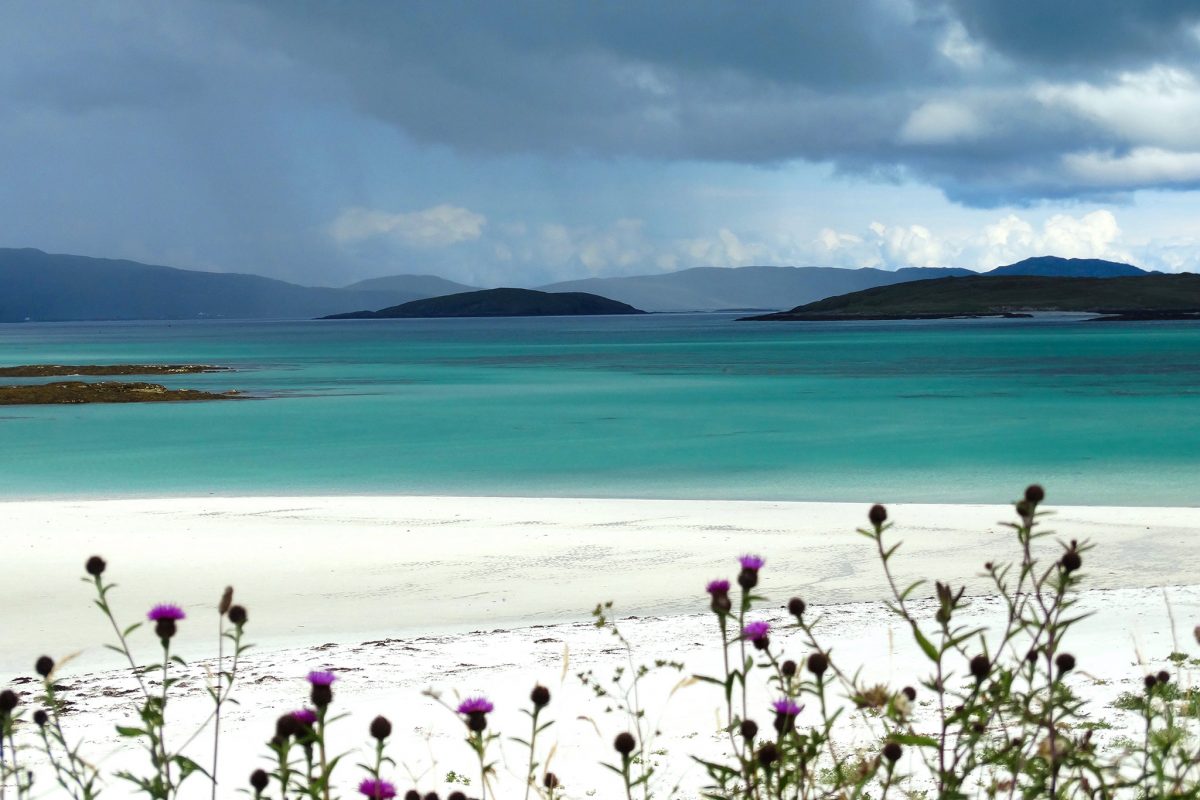 The Isle of Barra, Outer Hebrides

Whisky Galore is one of Scotland’s all-time favourite books which inspired the 1949 British comedy film of the same name. Set during the Second World War at the height of rationing, it tells the story of a small Hebridean community attempting to liberate 50,000 cases of whisky from the wreck of a cargo ship while evading the authorities. Based on a real-life incident which happened on Mackenzie’s adopted home of Barra, this classic tale of traditional island life turned upside down will charm you with its dry Scottish wit.

Find out more about the beautiful island of Barra which Mackenzie used as a model for the fictional islands of Great Todday and  Little Todday.

Love this? Try The 39 Steps by John Buchan. This action-packed classic, later filmed by Alfred Hitchcock, follows an innocent man framed for murder on the run through Edinburgh, Glencoe and other Scottish settings. 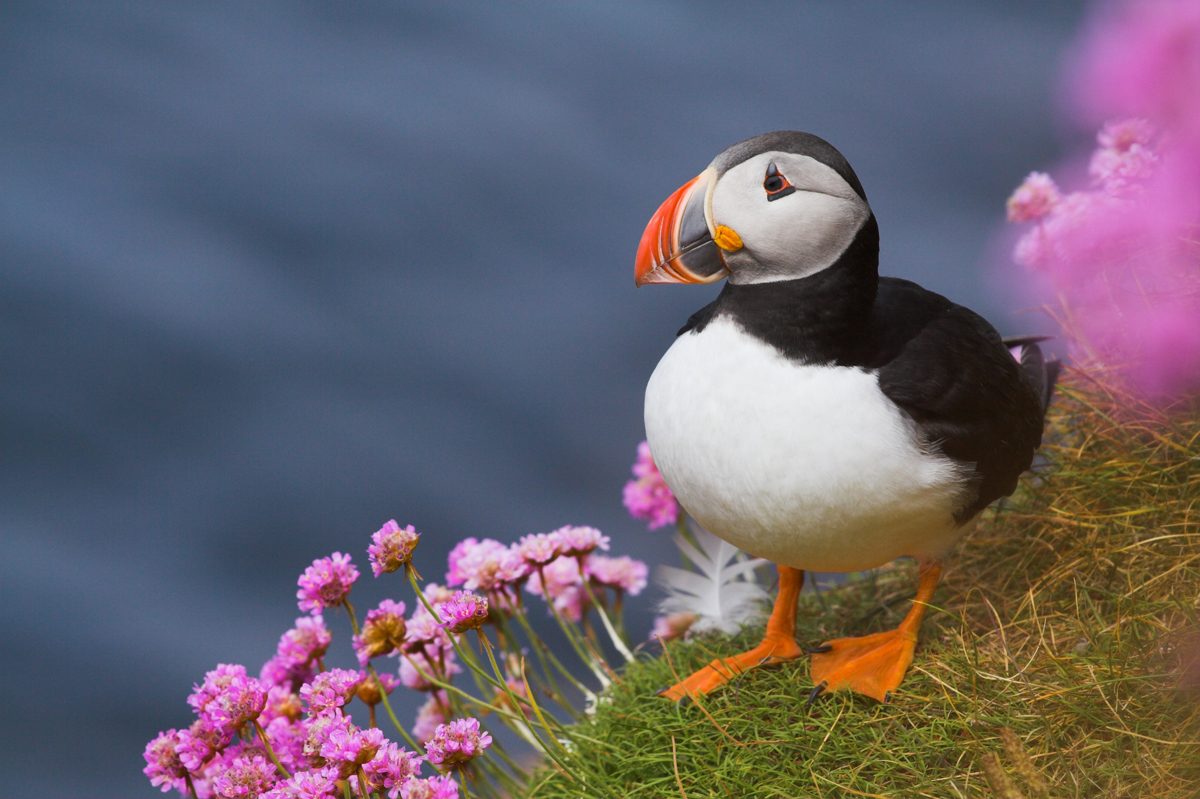 This collection of essays by the award-winning poet and bird-watcher Kathleen Jamie brings to life the landscape and wildlife of the north east of the country, as well as Orkney, the Hebrides, and many other places. Discover the wonders of Scottish nature through her eyes as she sails from island to island, searching for precious sightings of rare birds, chasing  dolphins, and other adventures. Highly lyrical,  Findings is also a powerful meditation on the importance of conserving Scotland’s natural spaces and wildernesses.

You can connect with Scotland’s nature virtually with the wonders of modern webcam technology and see all kinds of wildlife.

Love this? Try Sunset Song by Lewis Grassic Gibbon. This captivating novel has its courageous young heroine growing up in rural Scotland during the First World War. Gibbon’s evocation of the natural world is considered among the best in Scottish writing.

In this gripping and deeply personal account, The Summer Isles charts  a one-man sailing trip from the west coast of Ireland to the  Inner Hebrides and the archipelago of the Summer Isles off the north  west  coast  of Scotland. Vividly depicting the striking coastline and seascapes of the voyage while weaving the captivating myths, poetry and lore of the islands throughout, travel writer Marsden wonderfully conveys the timeless atmosphere and otherworldly beauty of this secluded part of the world.

Love this? Try Bothy Tales: Footsteps in the Scottish Hills by John D Burns. This volume of stories by a life-long mountaineer about his gripping, hilarious and sometimes surreal experiences in the bothies of Scotland’s uplands and Highlands will have you hooked.

The Lewis Trilogy, Peter May 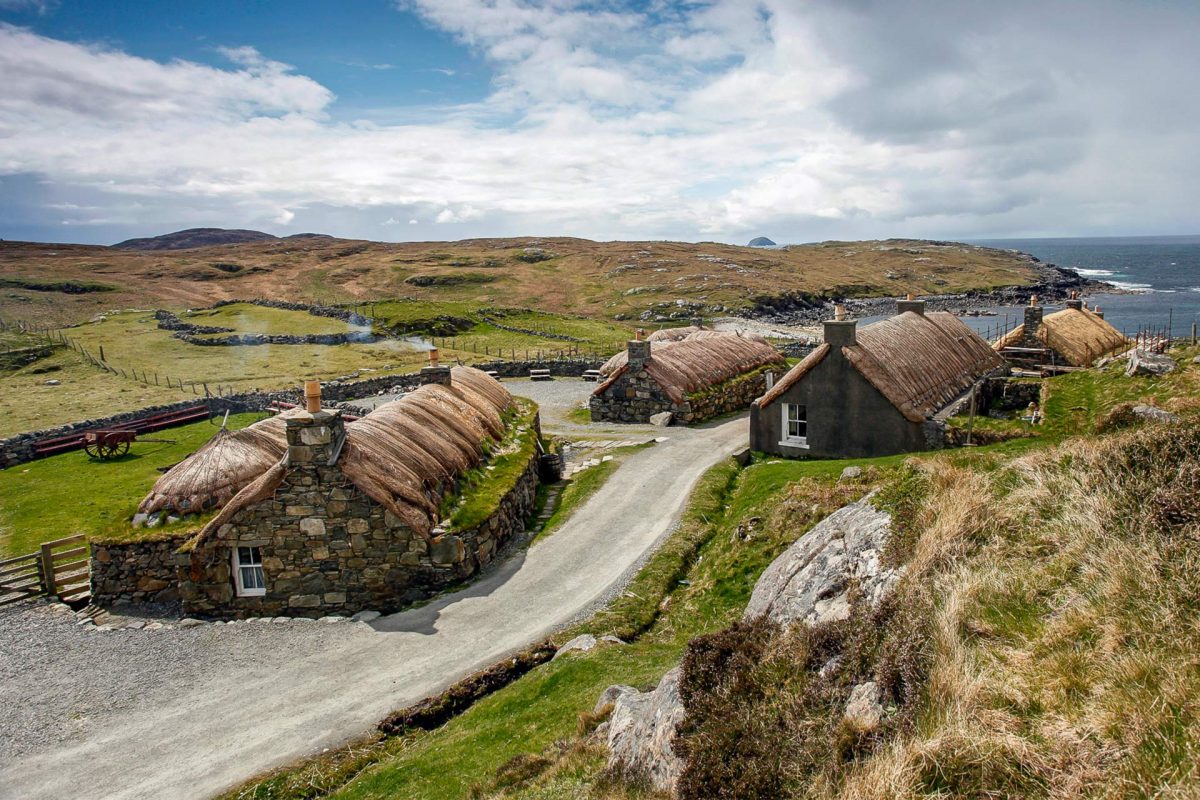 This Lewis Trilogy is an addictive murder-mystery series set on the Hebridean island of the same name. It also shines a light on authentic daily life on an island where traditional Gaelic culture is proudly preserved, and English remains a second language for many. In May’s writing, the wild and dramatic landscape of Lewis is as much a character as the hero, Detective Inspector Fin Macleod, and is a fitting backdrop for the tense plots which unfold.

Love this? Try the Shetland series by Ann Cleeves which has been adapted into a crime drama by BBC One.

Raw Spirit: In Search of the Perfect Dram, Iain Banks 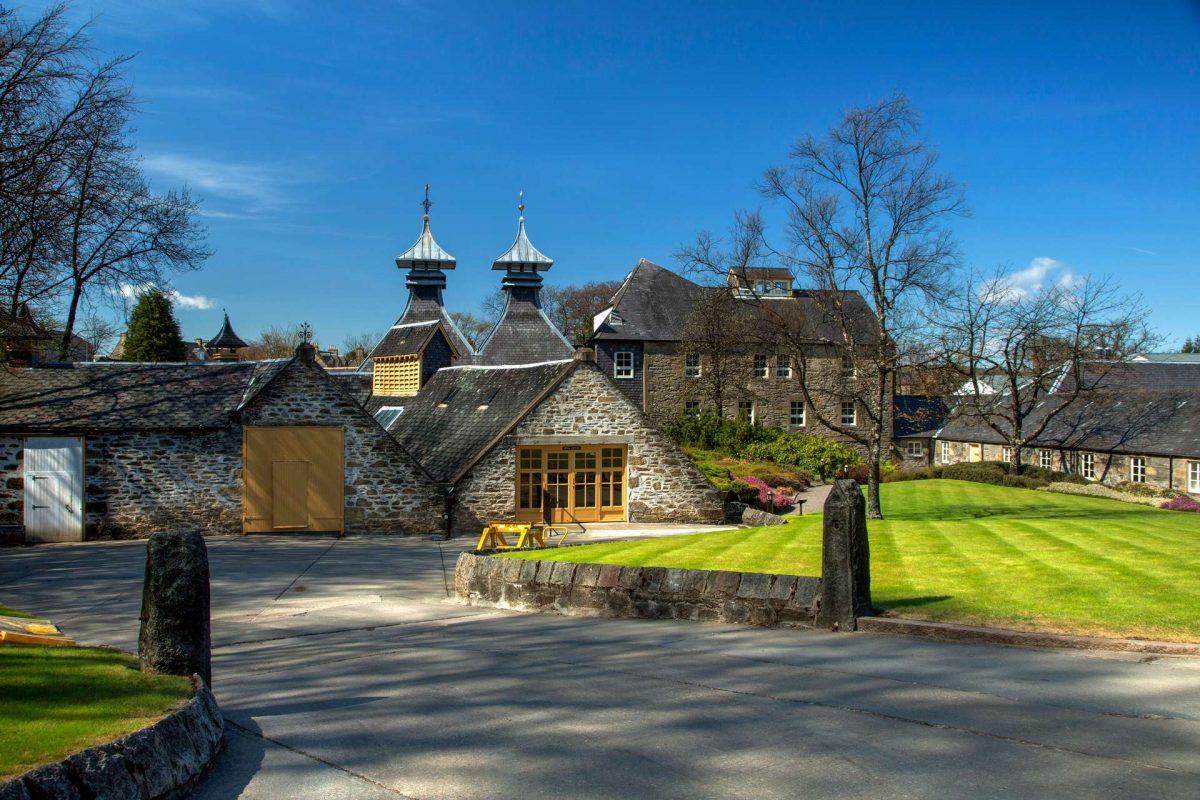 Ever dreamt of a whisky-tasting tour through Scotland?  This  written account of a  road-trip around the country’s distilleries in search of the ‘perfect dram’ is the best substitute for the real deal.  Join the  celebrated novelist as  he travels the length and breadth of the country – via island ferries, single-lane Highland roads and even bicycle – on his mission to visit some of Scotland’s most famous distilleries as well as its hidden gems. Filled with insightful and witty observations about the whisky-making process and  the people and places encountered along the way, this is  a rip-roaring and informative delve into the unique history and enduring appeal of this iconic spirit.

Love this? Try Under the Skin by Michael Faber. Take a different kind of road trip with this science-fiction novel about an extraterrestrial disguised as a woman preying on unsuspecting hitchhikers in the north east.

The dramatic life of Mary Queen of Scots has entranced writers, artists and film makers quite unlike any other famous  Scot. Of all the books written about her, Antonia Fraser’s biography remains the authoritative text on the subject. As far from a dull history book as you can get, this best-selling page-turner  of a biography is exciting, moving and meticulously researched. It’s a fantastic companion for anyone wanting to retrace the steps of the tragic Queen while visiting Scotland.

Love this? Try How Scots Invented the Modern World by Arthur Herman. This highly readable tome makes the case for Scotland producing many of the great ideas  which shaped the modern world we inhabit today.

Scotland has produced an impressive array of world-renowned writers. Discover more about the country’s amazing literary past and present during Scotland’s Year of Stories 2022 and explore the places and attractions you can visit connected to your favourite  Scottish writers and works of literature.

Do you have a favourite book set in or about Scotland? Let us know in the comments below.

Scotland opens its doors in September