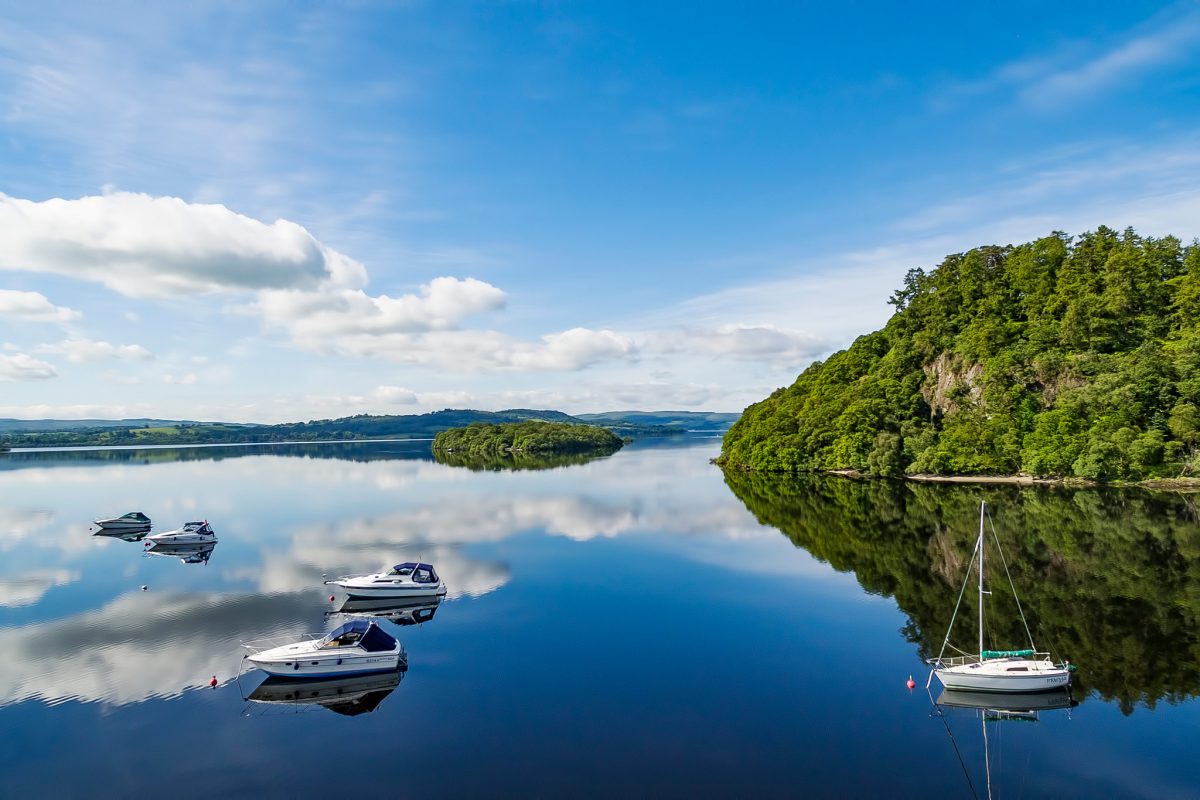 Let your worries drift away on Loch Lomond

If you ever needed an excuse to visit one of Scotland’s National Parks – besides there being two spectacular ones to choose from – now is the time. Ditch your humdrum routine and get back to nature during National Parks Week from 25 – 31 July. Unplug, unwind and seize the day by having an adventure against some awe-inspiring scenery. Whether you’re a veteran thrill seeker, are after an activity-filled family break, or want to switch off entirely and rediscover a gentler pace of life, head to the Cairngorms and Loch Lomond & The Trossachs National Parks.

JUST THE FACTS: clueless about these two outstandingly beautiful  environments? Fix that now with this helpful infographic we made earlier. 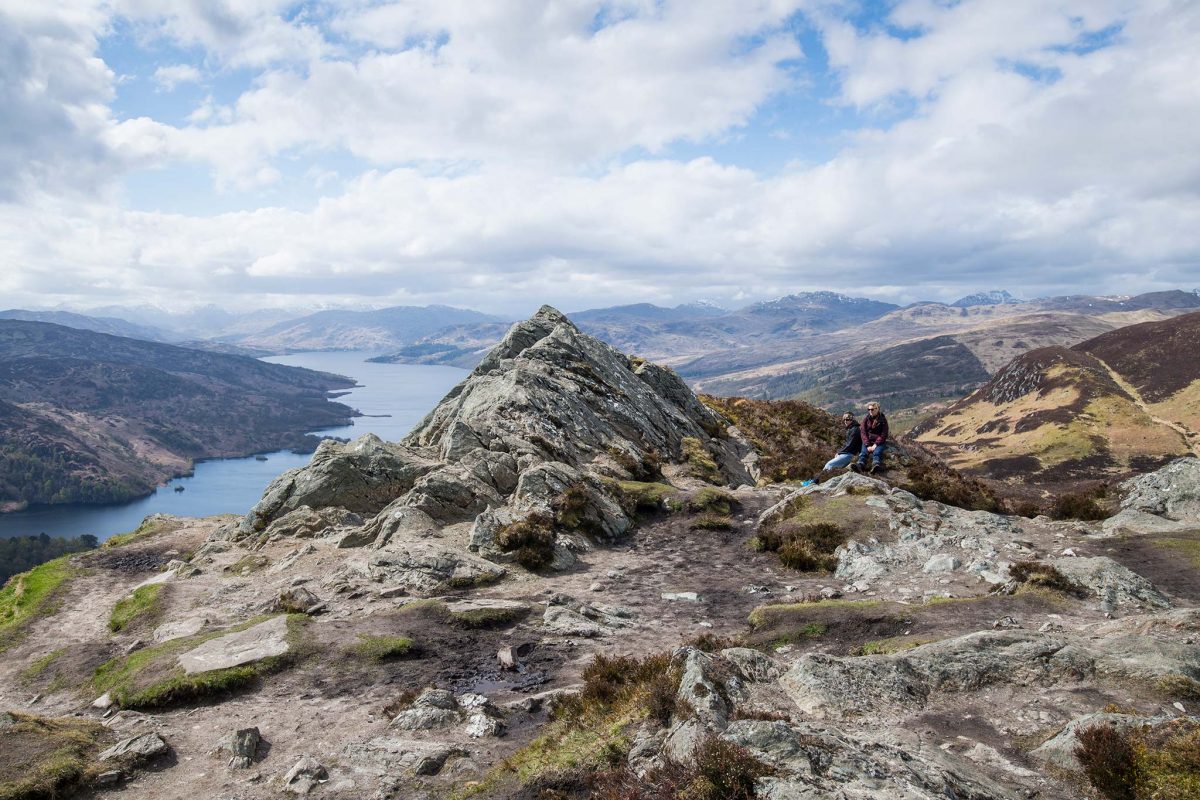 Loch Katrine, from the summit of Ben A’an

This precious conservation area spans 720 beautiful square miles of mountains, glens and the largest expanse of freshwater in mainland Britain, Loch Lomond. It is also incredibly accessible – an estimated 50% of Scottish people live within an hour’s drive of the park! Here are just a handful of the experiences the park offers that range from the relaxing to the exhilarating.

Drive to Trossachs Pier, hire bikes from Katrine Wheelz and then cycle to Stronachlachar along the quiet but hilly Loch Katrine north shore road. Stop for a bite to eat at the Pier Café before sailing back either at 2.30pm or 5.15pm.

Cycle into the heart of the National Park taking in some of its most spectacular scenery along the way. The route is mainly off-road but perfectly manageable for casual cyclists,  following the former tracks of the Callander and Oban Railway and Killin Railway, and spans places like Balloch, Aberfoyle, Callander, Lochearnhead and Glen Ogle Viaduct.

Stepping into Puck’s Glen is like entering an other worldly realm. As you make your way along this narrow gorge walk, marvel at waterfalls, rock pools, moss-covered stone walls and rustic bridges spread throughout the woodland.

Discover an aerial playground that boasts Britain’s two longest zip wires, each measuring over 400 m which fly passengers 150 ft above the ground and over a spectacular waterfall.

Hop on the Waterbus to Inchcailloch Island and escape to the tranquil haven of of Loch Lomond National Nature Reserve. You can catch the boat from Balmaha and explore the island via two signposted paths. Follow the Low Path, a gentle woodland walk, or take the steeper Summit Path to the top.

Grab your binoculars and set off on the 25-mile Bird of Prey Trail through the Trossachs for the chance to see ospreys, hen harriers and even golden eagles.

See if you can scale the heights of Ben More in Argyll Forest Park – the highest of the park’s 21 Munros – which measures 1,174 m.

Take to the sky

Get a bird’s eye view of of Loch Lomond & The Trossachs National Park from the sky. Take off from the still surface of Loch Lomond in a seaplane and soar above rugged mountain peaks, crystal clear lochs and emerald forests. 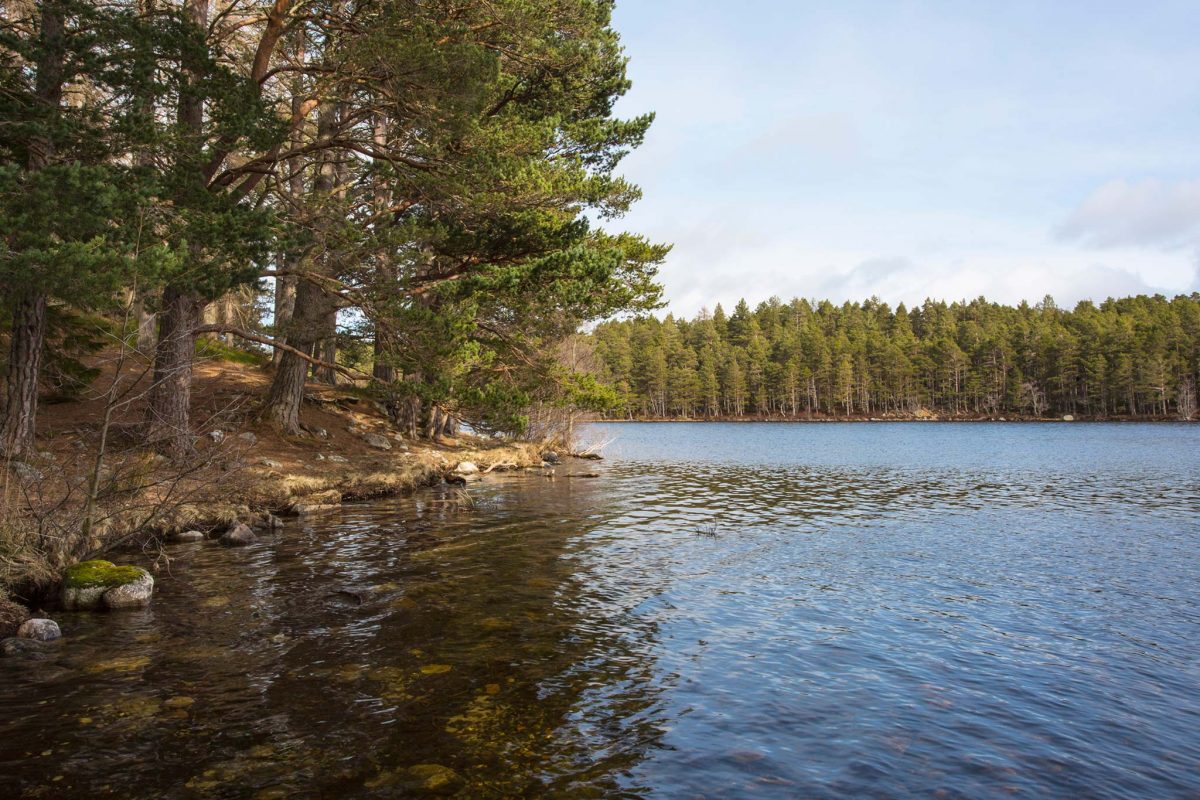 Head to the UK’s largest National Park (4,28 sq km to be precise) and discover a land of soaring mountain ranges, ancient forests and sparkling rivers. The highest landmass in Britain, the park isn’t just a prime hill-walking destination. Visit during National Parks Week to enjoy some outstanding family days out at national nature reserves, estates and more.

See if your youngsters have got what it takes to become a ranger. Take part in this ranger training day and learn all there is to know about the animals that live on the Mar Lodge Estate. See if you can figure out who has paid a visit and what they’ve been up to.

WILDLIFE WONDERS: if you are lucky you might spot red deer, one of the Cairngorms National Park’s most timid wild residents. Learn more about them in our Scottish Wildlife Series.

Moths in the Morning, 26 July

Discover just how fascinating moths can be at this special event at the Muir of Dinnet National Nature Reserve. Get up close to these marvellous creatures caught in overnight traps and search for fluttering daytime moths and butterflies.

Could you survive in the wild? Spend an action-packed morning learning to make fire, tie knots, build a shelter and track animals.

Drop by Insh Marshes NNR and enjoy an array of self-led activities for the whole family. Explore the trails while playing games, following treasure hunts and maps.

Stretch your legs along the waymarked paths that fringe Loch Garten and Loch Mallachie accompanied by one of the park’s rangers and learn what makes Abernethy Forest so special. Take in spellbinding scenery, look out for local wildlife and hear stories about the people and landscape of this iconic place.

Follow a trail through the woods of the Blair Atholl Estate guided by clues and footprints and see if you can find a dinosaur.

Kids will love getting to grips with all manner of creepy crawlies with the help of RSPB Scotland. Go pond dipping, lure worms out of the earth and embark on a muddy expedition for secret treasures.

Catch sight of these magnificent birds of prey and when their young are fledged.

Plan on visiting our glorious parks this summer? Let us know how you get on and shares your pics and experiences with us using #ScotSpirit. And don’t forget to drop by Scotland’s Community where you can ask questions and share stories and advice. It’s fast becoming an essential part of planning a Scottish break. See you there!