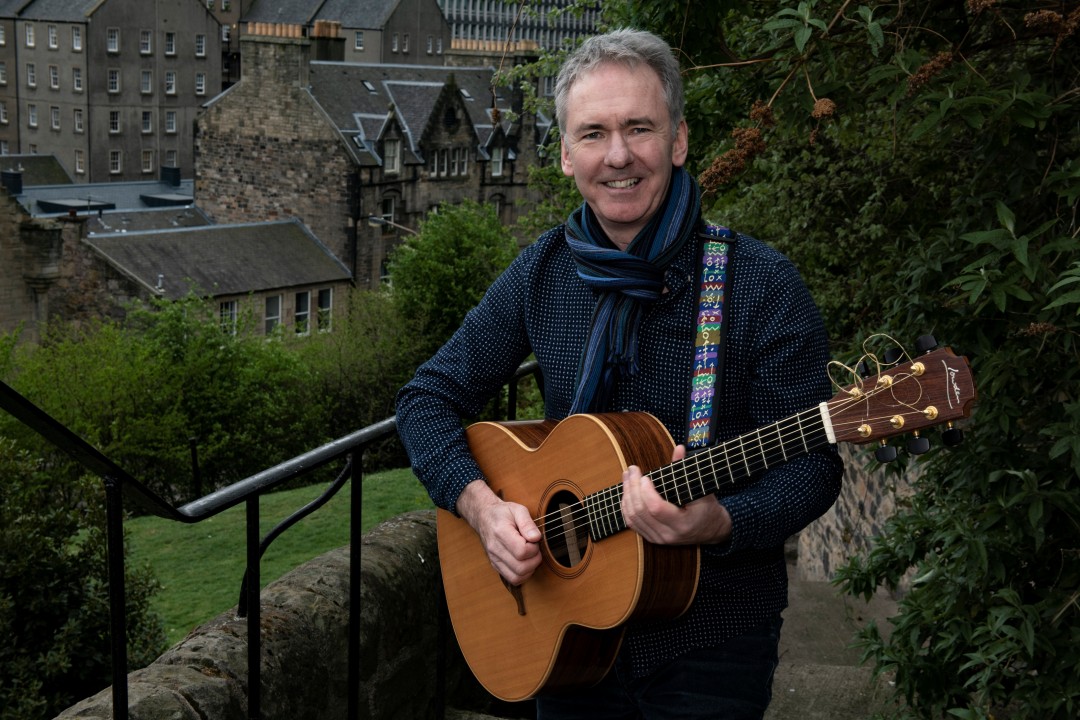 Lots of culture, good music and some funny tales guaranteed !

Experience the history and culture of Edinburgh combined with the musical heritage of Scottish music. Enjoy songs made well known by Robert Burns, Runrig, Dougie MacLean and others and also learn about the history of Edinburgh. ​

The first part of the tour leads you through the historic city centre streets learning about history, culture and links to folk music.

The 2nd half sees us visit a private room in the legendary Waverley Bar and taken on a musical journey listening to songs and music from the rich treasure trove of Scottish folk music.

Tour guide John was born and bred in Edinburgh and has been described by Living Tradition Magazine as a 'master guitarist'.

We will spend the second half of the tour in a private room upstairs in the Waverley Bar. For this venue only, there will be a complimentary free drink such as a half pint of beer, small glass of wine, soft drink or coffee. The Waverley Bar is one of Edinburgh's folk music institutions and one of the venues at the forefront of the folk music revival in the 1960s. It developed a must visit reputation as a folk venue, playing host to a diverse range of acts such as Billy Connolly, Bert Jansch, The Clancy Brothers, Incredible String Band and The Dubliners. It now holds regular folk music events. 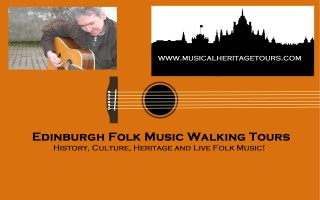 Experience the history and culture of Edinburgh combined with the musical heritage of live Scottish traditional folk music. The first part of the 2 hour tour leads you through the historic city centre streets. The second half sees us visit a historic indoor venue and taken on a musical journey listening to songs from the rich treasure trove of Scottish folk music and made famous by the likes of Robert Burns, Runrig and Dougie McLean and many more.