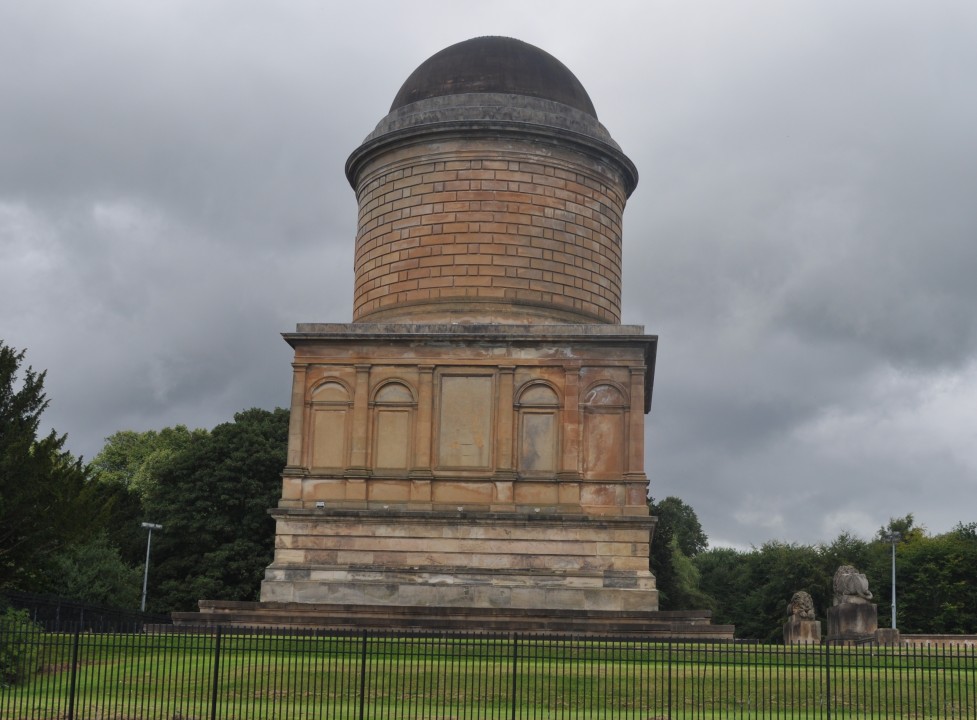 Often bypassed by tourists the town name has been re-used over sixty times thoughout the world. Once boasting one of the worlds largest and magnificent palaces, rivalling Versailles. The Mausoleum remains an unrivalled structure dominating the town.

A typical lowland county town, once headquarters to Cromwells army, undercut by coal mining, dominated by the Dukes of Hamilton Hamilton has seen it all.

The Mausoleum, all that remains of the once magnificent Hamilton Palace, lost to gambling debts by the duke still dmoinates the town.

The scene of at least two battles and several industrial riots.

A medieval history with buildings by Adam and the world's most famous football team, Hamilton Academicals.

The world's highest ever paid performer lies buried in the Bent cemetry close to the remains of many of the Dukes themselves.

Walks start at one hour but can be extended up to three or four hours to accomodate Bent cemetry and Chatelherault Country Park.

The tour starts at Hamilton Museum and a visit to the Mausoleum can be arranged if pre booked, for a small extra charge.