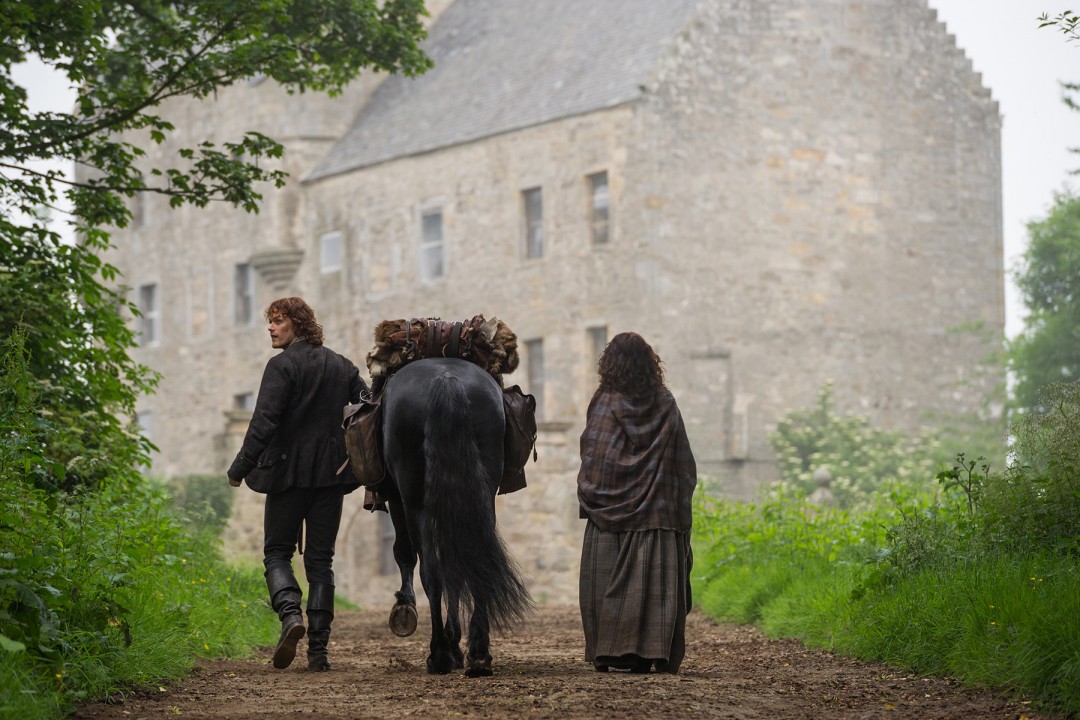 We started running Outlander tours 13 years ago after meeting Diana Gabaldon. As well as visiting sites from the story we put it them in context and explore what 18thC Highland life was like. For real Outlander fans who don't want to miss a sight.

Experience teaches us that people prefer to give themselves a full day to recover from the flight, adjust to the time zone and explore a little on their own. We are therefore including two nights at a chic Bed and Breakfast close to Edinburgh city centre before you meet your tour guide. A taxi from the airport will cost about £25.

Arrival Day plus One

With easy access to the Royal Mile, a stroll to Edinburgh Castle & Gladstone's Land to look round or perhaps The Georgian House to work off jet lag.

Day One with Guide

You driver-guide will collect you and first stop is Falkland in Fife, used in the TV series for Inverness. Next, see what it looks like to stand in the dock and be accused of witchcraft (you'll just have to imagine the baying crowd!).

After lunch we are in the Highlands and on our way to the Highland Folk Museum to see the traditional village used in the rent gathering scenes. The next two nights are at a charming B&B in the Highland town of Nairn.

The new visitor centre at Culloden offers a detailed explanation of the battle, the background to the conflict and its brutal aftermath. Then we head by Inverness to the Fraser of Lovat clan lands, including a visit to the tomb of the 11th Lord Lovat ('The Old Fox') and Beauly Priory (where Claire met Maisri the prophetess).

After lunch the bronze age Clava Cairns and stone circles. That evening, you will have the chance to hold a claymore, targe and dirk yourself and learn more about the life of a clansman and his traditional dress.

We head west by Loch Ness and Glenmoriston (where Prince Charles Edward hid for three weeks in 1746) and by Glenshiel (site of another Jacobite battle) to the dramatic Mam Rattigan Pass (fantastic views) and over to Glenelg. Here we see the best examples of brochs on the Scottish mainland.

The local inn provides an excellent lunch. The only remaining turntable ferry in Europe takes us across the narrows to Skye and then we visit super-picturesque Eilean Donan Castle. That night is at a small hotel on Skye.

Cameras out today and we pray for good weather as we see 'Kilt Rock', look across to the pillar known as the 'Old Man of Storr', wind up to the dramatic Quirang viewpoint and across to Uig. This landscape is not much changed from the 18th century and helps us understand what life was like then.

Lunch is at Dunvegan and that afternoon we hear from a local (though internationally-known) storyteller.

We take the ferry across the Sound of Sleat to Mallaig, then drive the west coast by Loch nan Uamh (from where Prince Charles Edward left in September 1746) and Glenfinnan (where he raised his standard in August 1745), to Fort William (sadly almost nothing much left of the original fort).

Heading inland we see Glencoe (famous for the massacre of the MacDonalds in 1692) and Rannoch Moor. That afternoon we are guests of a clan chief. We join him for tea and have a private tour of his castle before staying nearby on his beautiful Highland estate.

TV locations day. First up is Doune Castle, (Castle Leoch of course). Then to Culross, a fascinating 16th century time capsule, used for Cranesmuir and other places. From here we head to Blackness (Fort William) and Midhope (Lally Broch) just by stunning Hopetoun House (Duke of Sandringham's residence). That night you are staying in a splendid castle outside Edinburgh.

We have a private tour of the church where Jamie and Claire were married. Final lunch at a local pub and then visit to Craigmillar Castle, used for Ardsmuir in Season Three.

The experience of several years has taught us that there are always individual things (like shopping!) that people absolutely have to do on the last afternoon and so the group gets depleted. We have therefore decided to end the tour mid afternoon. The guide will transport anyone to any part of the city that they may want to explore and departs when everyone is happily occupied at whatever they need to do. Last night at the same B&B where you started. 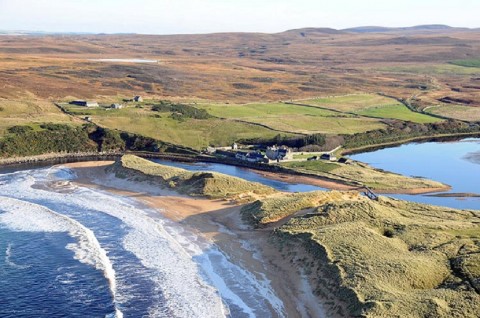 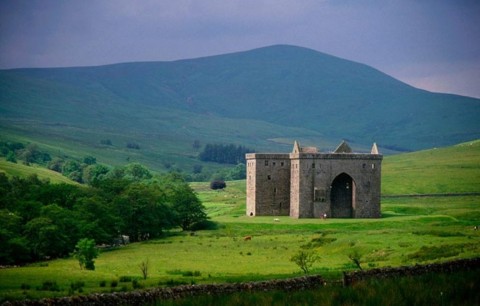 This suggested itinerary is a self drive tour for two people following the story... 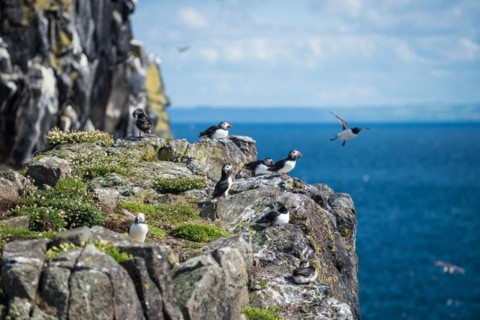