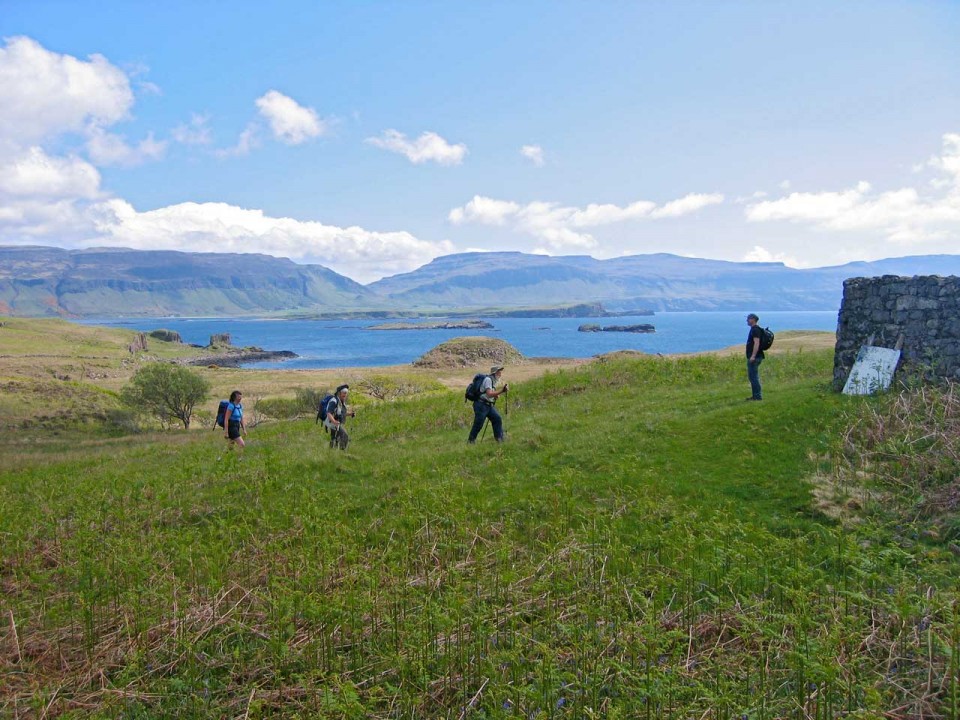 Walking the coasts with cliffs and rocky and sandy bays, hills and moors of four islands of the Inner Hebrides: the rugged isle of Mull, the community owned Isle of Ulva, the basalt island of Staffa and St Columba's Isle of Iona.

Walking holiday on the isles of Mull, Ulva, Iona and Staffa

Mull is one of the largest of the Hebridean islands but it is bitten into by so many sea lochs that the sight and sound of salt water is never far away. This makes for a long coastline and, with its high cliffs, sandy and rocky bays, caves and arches there is always something to draw you on around the next corner.

The island is divided into north and south by a narrow waist of land at Salen. The southern half has a core of dramatic hill country culminating at 3169 feet (966 metres) on the summit of Ben More. To the west the lower peninsula of the Ross of Mull runs out almost to touch St. Columba's holy island of Iona. Northern Mull holds the island's tiny 'capital' of Tobermory (= Mary's Well). The scenery is a stepped landscape of lava flows from eruptions of around 50 million years ago. The vertical edges of these flows give numerous waterfalls, some falling straight to the sea where, to the west, lie the lava islands of Staffa, Treshnish and Ulva.

Mull has a population of about 3,000, but in the nineteenth century it once stood at 10,000. Clearly, you might think, the island has seen considerable change and you would be right. From very long ago, a few Stone Age and more Bronze Age remains survive, including a stone circle. From the turbulent Iron Age there are fortified duns and brochs (stone towers), while still later times give us the medieval castles that paid tribute to the Macdonald Lords of the Isles and afterwards to the MacLeans and the Campbells. The nineteenth century saw major changes to both people and landscape, with traces of the Clearances still to be seen today in the many ruined townships. While exploring Mull we'll see much of this history in its context.

We'll also see a wealth of wildlife. Herds of red deer abound in the hills, which they share with mountain hare. Common and grey seals can be seen frequently in the coastal waters, as well as dolphins and basking sharks. Otters are harder to see in Britain, but Mull is one of the best places, whether on its quiet shores or by lonely hill lochs. The south coast has feral goats, sometimes detectable by their smell!

Sea birds are a feature, of course: puffins, guillemots and razorbills, cormorants, fulmars and many others. Inland lochans can hold red-throated divers, while, in summer, the hill ridges and moors have golden plover, curlew and skylark. If you are lucky you might see a golden eagle or the even bigger white tailed sea eagle - neither is certain, but Mull is one of the likeliest parts of Scotland in which to see both of these magnificent birds. In one unforgettable moment, a group saw a golden eagle and a sea eagle fight in the air right above them. 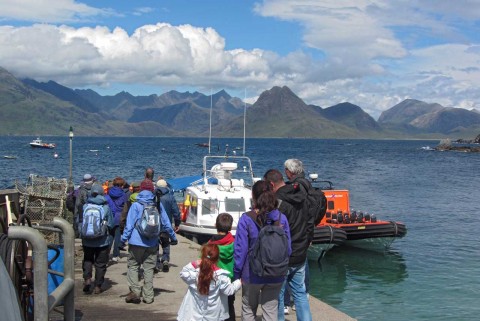 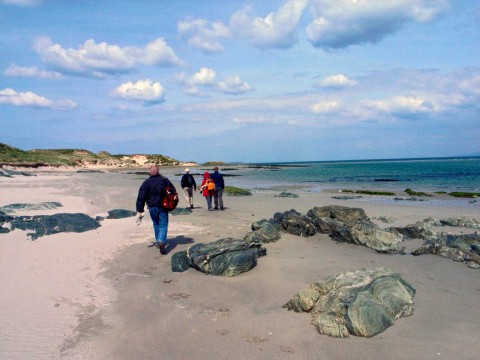 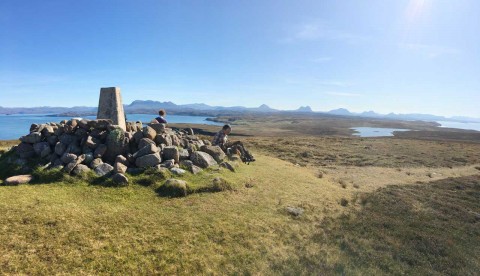 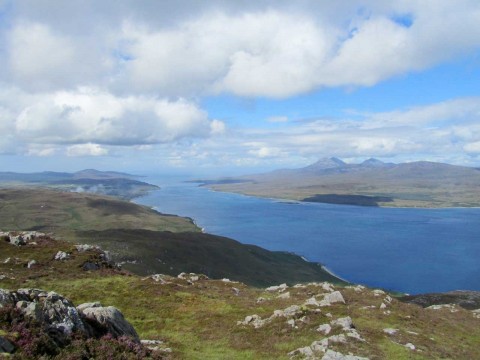