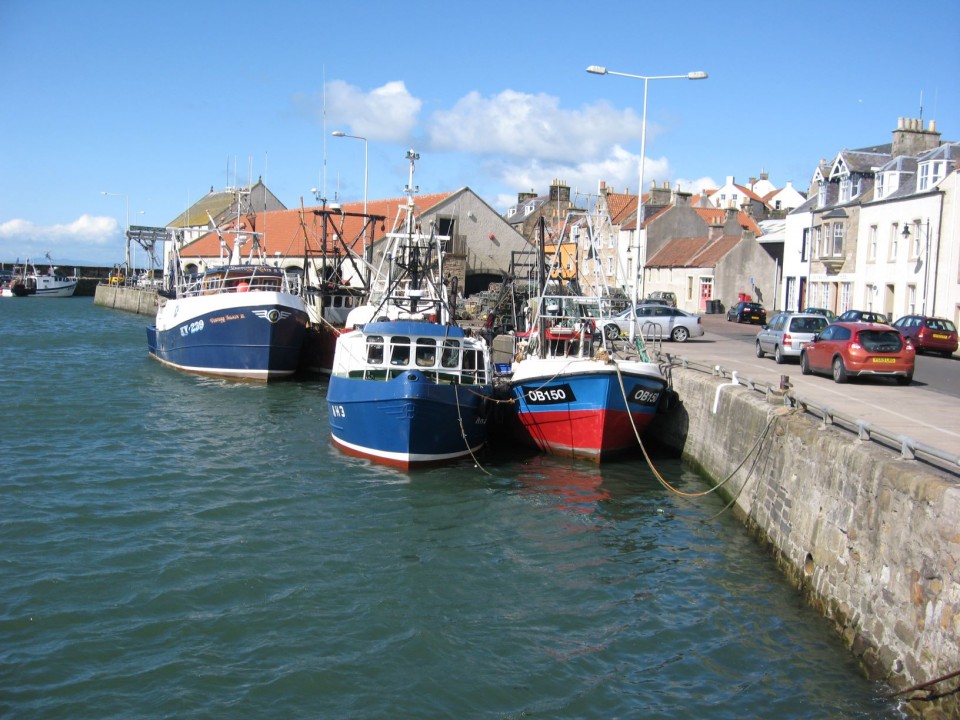 The Fife Coastal Path offers the opportunity of dramatic cliffs and caves, rocky seashores, miles of sandy beaches, numerous lovely fishing villages with quaint harbours and ancient castles against a stunning background of the Firth of Forth.

The area is a haven for wildlife, with basking seals and many varieties of seabirds including puffins, kittiwakes, razorbills, guillemots, terns, oystercatchers and eider ducks.

EasyWays Fife Coastal Path starts in North Queensferry, a small town on the north shore of the Forth Estuary, at the foot of the mighty Forth Rail Bridge an engineering marvel built in the late 1800's. The route follows the coastline to end at the historic university town of St Andrews and is way-marked over a mixture of rough paths, sandy beaches, surfaced promenades and roadside footpaths, suitable for walkers of all ages and abilities.

For those looking for a little more of a challenge, there’s the option to walk an extended route beginning in Kincardine-on-Forth and ending at Newburgh, which is a total of 117 miles (188km).

Overnight stages are based in beautiful locations including Elie and Crail where the influence of trading with the Netherlands in the 1700's is evident in the local architecture.

The destination town of St. Andrews is named after Scotland’s Patron Saint and is also known as the 'Home of Golf’, boasting 7 golf courses including the Old Course, the most famous location in the World.

However St Andrews has much more to offer than that, with miles of golden sandy beaches just a few minutes’ walk from the historic town centre. The University opened more than 500 years ago, is one of the oldest in Britain and houses a beautiful botanic garden with the ruins of the 12th century Cathedral Church of St. Andrew and the 13th century castle dominating a truly spectacular coastline.

EasyWays recommends an additional overnight in St Andrews in order to fully appreciate all the town has to offer.