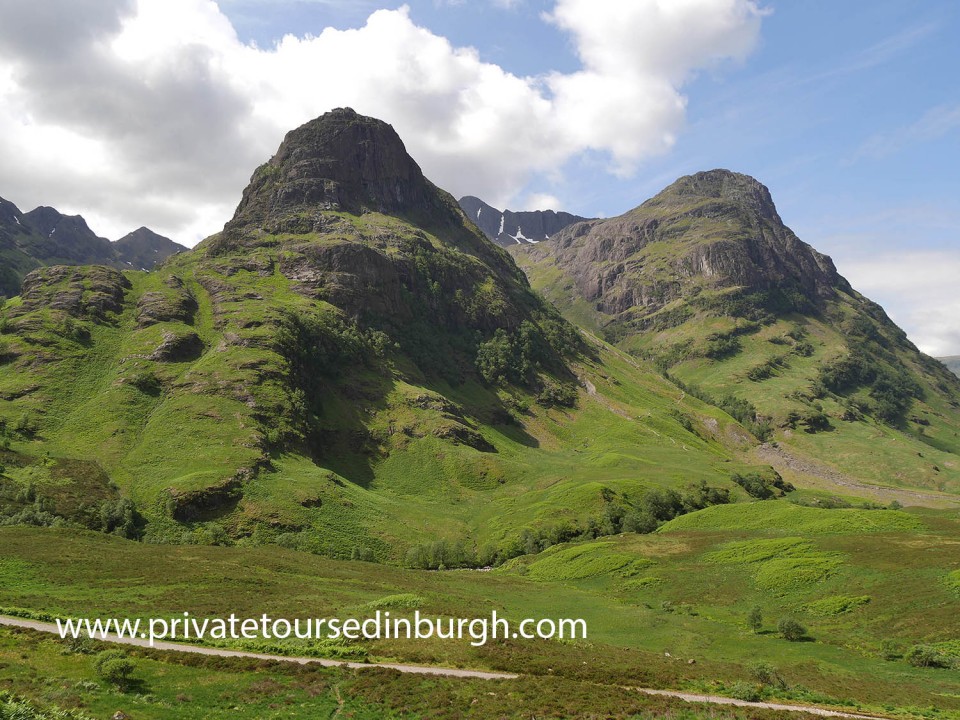 Harry Potter Highland tours , visit Glencoe in the Highlands and the Glenfinnan Viaduct

Glenfinnan Viaduct is a stunning railway viaduct on the West Highland Line that any every Harry Potter fan will recognise.

It is the set of one the most iconic shots in all of the movies, as the Hogwarts Express in Chamber of Secrets is on its way to the school and Ron and Harry are flying overhead in Arthur Weasley’s flying Ford Anglia.

The Glenfinnan Viaduct was also where the train stopped in Prisoner of Azkaban when the dementors searched for Sirius Black.

For Harry Potter fans and history fans alike, the Jacobite Express (the real name for the “Harry Potter train”) is a view worthy of a photo opportunity .

Glencoe in the Highlands was used in a number of scenes in the Harry Potter films . Glencoe was used for various outdoor scenes in The Goblet of Fire, The Order of the Phoenix and The Half-Blood Prince. The Clachaig Gully, just above the Clachaig Inn, became the location for Hagrid's Hut in The Prisoner of Azkaban.