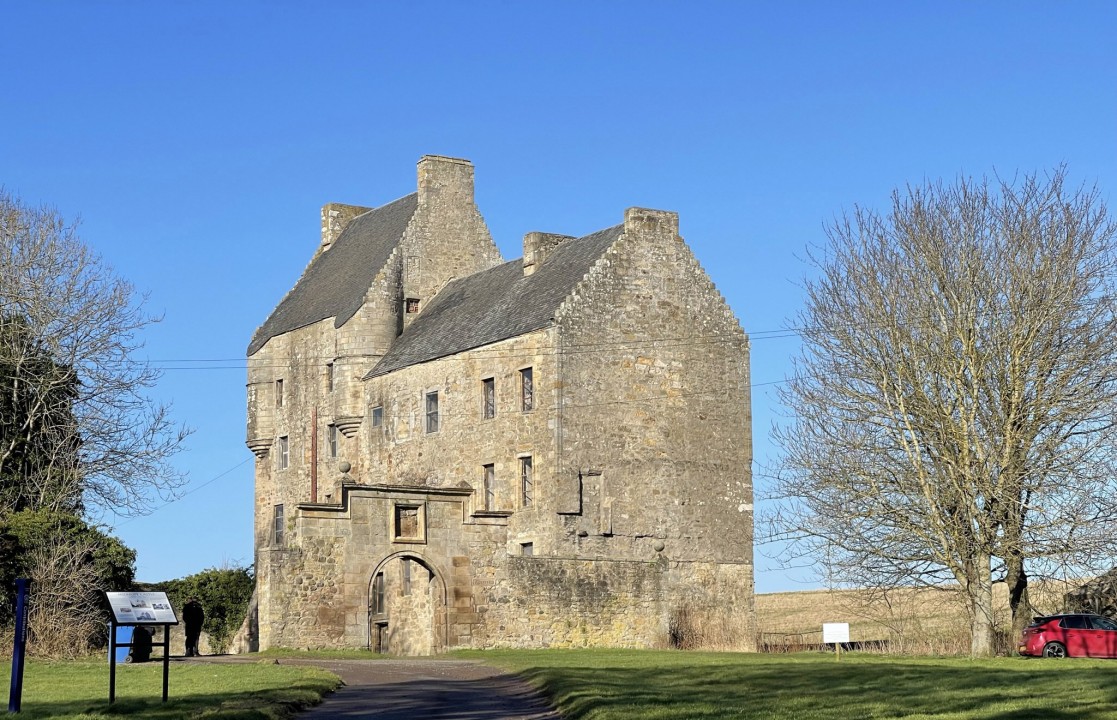 Lallybroch is the ancestral home of Jamie Fraser , filmed at Midhope Castle .

Scenes were shot at Midhope Castle on the Hopetoun Estate near South Queensferry.

Visitors are asked to admire Midhope from a distance as the interior remains largely derelict. In Outlander Jamie calls Claire Sassenach as a term of affection .

Midhope Castle is the external location for fictional Lallybroch, the family home of character Jamie Fraser , and it is located on the Hopetoun Estate . Midhope Castle dates back to the 15th Century and although the exterior is relatively intact the castle is derelict inside. For Midhope Castle tours booking enquiries and availability check phone 07305-294773 .

It also features in the 20th century episode when Claire and Frank Randall visit the castle on a day trip. Doune has appeared several times on screen and was widely used in Monty Python and the Holy Grail. It also represented the castle Winterfell in Game of Thrones.

Visitors spend up to one hour at each location .

In 1785 the Deanston Cotton Mill opened its doors. Designed by one of the fathers of the industrial revolution, Richard Arkwright, Deanston was at the forefront of new beginnings as Scotland moved from agriculture to industrialisation.

In 1949 Deanston's historic and long running commitment to sustainable energy was secured with the installation of new electrical turbines which to this day provide all of its electricity using water from the river and original lade.

Each tour warmly welcomes you into the heart of the distillery, where Deanston makes award-winning Highland Single Malt Scotch Whisky. Here you will see a traditional open top mash tun, gleaming copper stills and a must-see vaulted maturation Warehouse 2B. Join the experienced tour guides on a journey through time, taking you back to the past as a cotton mill and through the evolution of Deanston. The Standard Tour finishes off with a tasting of Deanston 12 year old whisky .

Lunch, snacks and entrance fees are not included in the price .

Outlander castles, whisky and lochs tour - £250 ( private tour for up to four passengers )