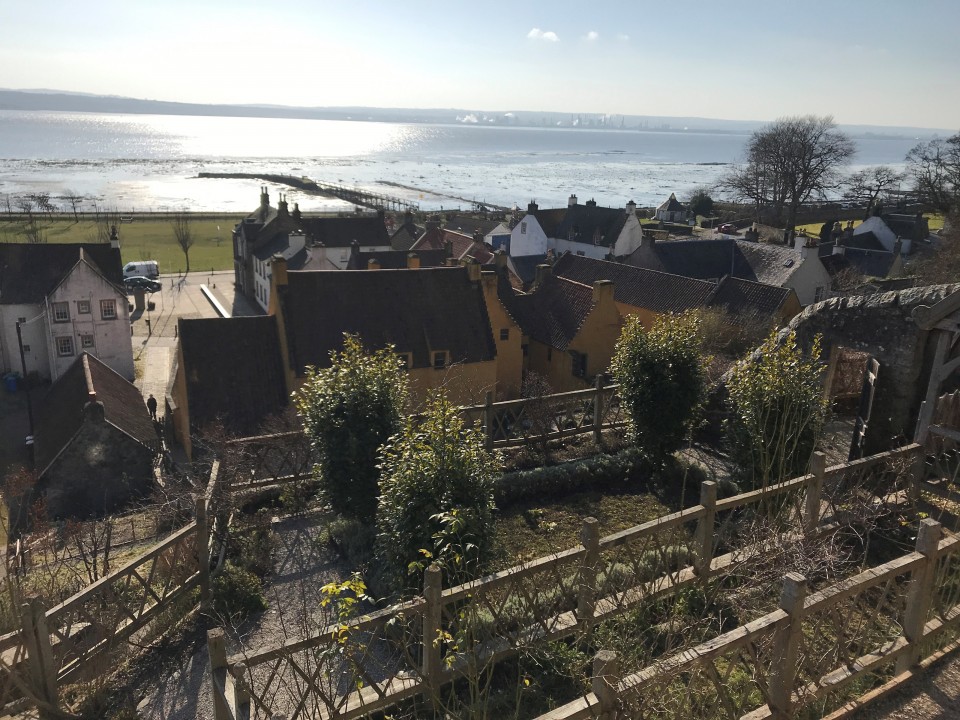 Fall back in time to the mystical world of Outlander and walk in Claire and Jamie’s footsteps as you discover some of the historic and legendary locations used in the filming of this epic TV series.

Leaving Glasgow, our time-travelling adventure has barely begun when we pass Glasgow Cathedral which was transformed into L’Hôpital des Anges during Outlander season two. Filming was focussed around the Cathedral’s crypts which are well worth a visit if you’re spending time in Glasgow.

First our luxury mini coach transports you to Doune Castle, a magnificent late 14th century example of the courtyard style and the filming location of Castle Leoch. When Claire first encounters the castle in 20th century Scotland she observes a ‘picturesque ruin’, but it’s not hard to imagine the bustling, noisy stronghold of the Clan MacKenzie that confronts Claire in 1743.

Doune Castle is a film-maker’s favourite having stood in for Winterfell in Game of Thrones, and Swamp Castle, Castle Anthrax and Camelot in cult comedy Monty Python.

From this medieval stronghold our small group tour continues to Midhope Castle, a 16th century tower house that stands in as the exterior of Lallybroch, birthplace on 1st May 1721 of our hero James Alexander Malcolm MacKenzie Fraser.

From Midhope Castle we press on to the impressive 15th-century fortress of Blackness Castle or, as you know it, the foreboding Fort William garrison, location of Jamie’s flogging at the hands of Black Jack Randall and scene of Claire’s dashing rescue by Jamie as he declares: “I’ll thank you to take your hands off my wife”.

Built in the 15th century, Blackness Castle on the Firth of Forth was one of Scotland’s strongest artillery fortifications. Your knowledgeable driver-guide will explain that the castle was known as the ‘ship that never sailed’ as, from out in the estuary, its outline resembles a ship stranded on the rocky shore.

Your own journey, on our Outlander day tour, continues by land to The Royal Burgh of Culross, a delightfully preserved 17th and 18th century port village which acts as the village of Cranesmuir. You really will feel like you’ve been transported back hundreds of years as you wander the cobbled wynds and discover the charming cottages and historic Culross Palace.

We have a couple of hours to explore the village and have lunch. The Town House, built in 1626, was the village’s administrative centre with its tollbooth and witches prison and, fittingly, it’s at the nearby Mercat Cross where Claire’s friend Geillis Duncan is burned as a witch and where the young thief has his ear nailed to the post, but is rescued by Jamie.

You can visit Geillis’s home at another historic Culross building, The Study, as well as Culross Palace and its garden, which doubles as the herb gardens at Castle Leoch, where Claire was filmed gathering plants for medicinal use. The Palace’s withdrawing room may be familiar as Geillis’s parlour and where Jamie found Claire to escort her back to Castle Leoch.

You’ll be able to see the entrance to the home of Mrs Fitzgibbons’ nephew, who’s thought to be cursed, and, if you feel up to it, we’ll take you to the Black Kirk where Jamie and Claire discover the reason for this supposed ‘curse’.

[Please Note: You may wish to visit the Black Kirk, Culross. We strongly advise you to wear sturdy walking shoes or boots as it’s a dirt track which can become quite muddy and slippy. The walk takes around 30 minutes and there is a small incline on the way so a reasonable level of fitness is required.]

Your Discover Scotland Tour takes you deeper into the Kingdom of Fife and we arrive in Falkland, historic country residence of Scotland’s Stuart Kings and Queens and a favourite destination of Mary, Queen of Scots.

Falkland is recast as Inverness, the ‘capital of the Highlands’, where Claire and Frank enjoy their second honeymoon in 1946. Fans will love our refreshment stop at the Covenanter Hotel, the film set for Mrs Baird’s Guesthouse. And you’ll recognise the square’s Bruce Fountain as the haunting spot where Frank witnesses Jamie’s ghost watching Claire at her window. Why not recreate that classic scene with your own camera?

From Fife we transport you back to 21st century Glasgow, dropping you off near the location used for Frank’s proposal to Claire. 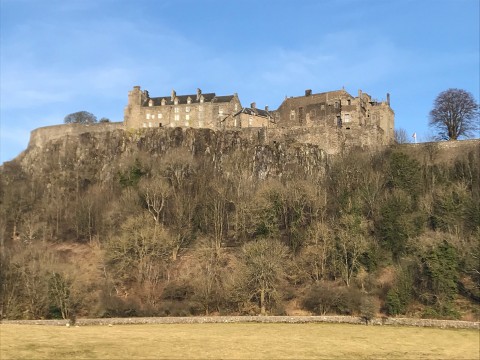 From the bonnie banks of Loch Lomond to the ‘Highlands in miniature’, taking in...