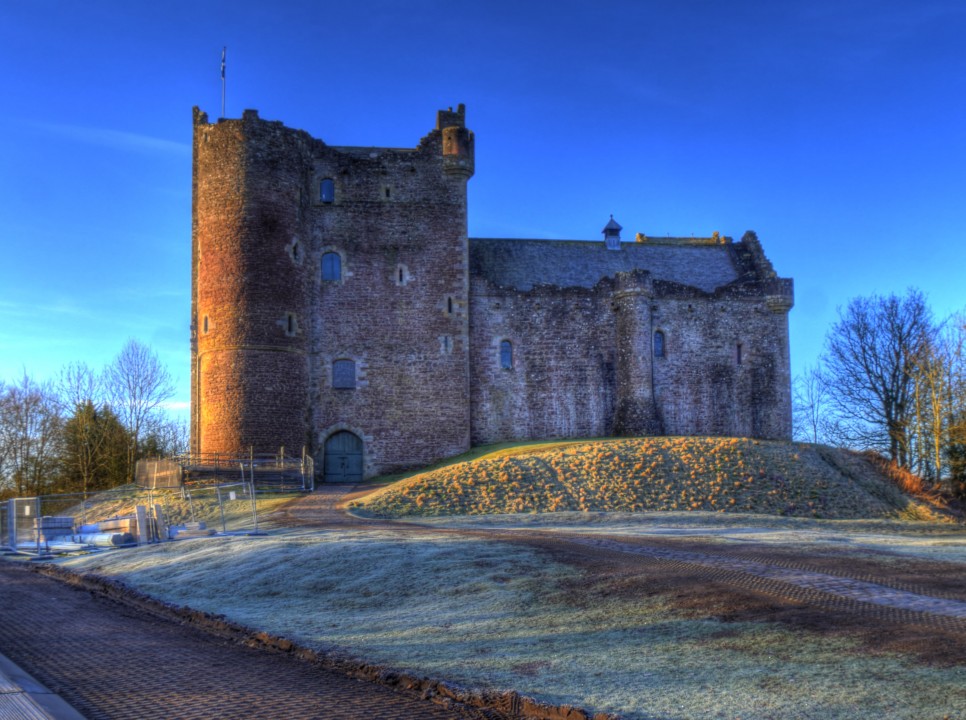 Shore excursions - all of our tours are available as shore excursions from the Edinburgh ports South Queensferry, Newhaven , Rosyth and Leith . Whatsapp +447305294773 , phone +44131-549-9785 for more details and availability or contact us online .

This tour costs £240 for a group of up to 4 people . Each tour features

Your driver/ guide will give you the history of the castle and details of Game of Thrones filming in the Great Hall and courtyard of the castle .

The kitchen tower, virtually a tower house in its own right, is 17 metres (56 ft) by 8 metres (26 ft). One of the best-appointed castle kitchens in Scotland of its time , it has an oven and a 5.5-metre (18 ft) wide fireplace. A stair turret, added in 1581 leads up from the lobby to two storeys of guest rooms. These include the “Royal Apartments”, a suite of two bedrooms plus an audience chamber, suitable for royal visitors.