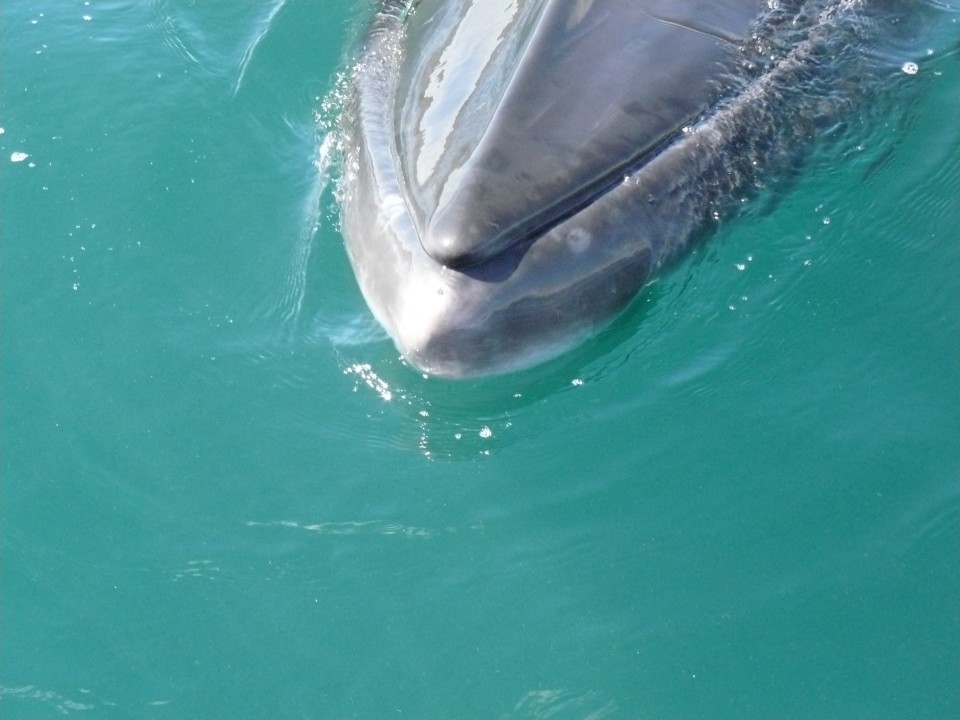 A 3 hour tour to the Whale feeding grounds near the Garvellach Islands and into the Gulf of Corryvreckan.

Minke whales migrate through the area where we operate our boat trips - predominately from mid-May, through to early September. Predicting this migration is not an exact science, the whales arrival is linked in with the water temperature, which spikes a plankton bloom, which in turn brings in the krill which the whales feed on.

What we tend to find is that July and August are the best months. May and June are classed as “early in the season” so sightings may be scarce. September is classed as “late in the season” so we may be lucky and find some late whales. As a company we will give you an honest answer as to whether we have been seeing them regularly. Even when we know they are in the area we can draw a blank on our Corryvreckan Wildlife and Whales tour, but we don't labour the point and we will head off to find other more predictable wildlife which we have in abundance in the Firth of Lorn.

We have three boats out on the water doing our Corryvreckan Wildlife Tour so we have plenty of 'eyes' out and about so to speak. You can depend on an honest answer from the ticket office staff.

Your experienced skipper will make a decision on the day of the exact route, depending on tidal conditions, the weather and the sea state. Before departing, your skipper will explain what the tide is doing and where the whales will most likely be feeding at that time. The likely route may involve heading south to an island chain known as The Garvellachs, home of the early monastic settlement of St Brendan (542 AD). Whales congregate to feed just to the south of The Garvellachs where deep, food rich, Atlantic waters rise to the surface. The boat may then sweep east towards the north end of Jura, another of the recognised whale feeding hot spots. The boat may be stationed in the more exposed sea areas west of the Corryvreckan whirlpool area known as The Great Race. The tour will always pass through the Gulf of Corryvreckan.

﻿Our Corryvreckan Wildlife and Whales tour generally takes place aboard Celtic Adventurer, the most recent addition to our modern fleet and, being a traditional hard boat, is a departure from our Rigid Inflatable Boats. At 38 ft and with a powerful diesel engine Celtic Adventurer is suitable for longer tours. With a high cruise speed she is ideal for tours focusing on seascapes and wildlife. Sit outside on the spacious open deck or enjoy the view from the comfort of the heated cabin. Binoculars are provided for each passenger. Onboard facilities include a hot drinks machine. The toilet is accessible from the deck. 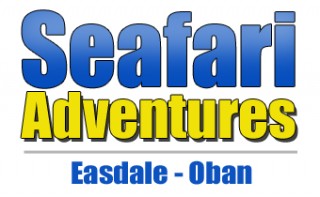 Seafari Adventures are a 5* Visit Scotland marine wildlife tour operator. Based in the conservation area of Easdale, 16 miles south of Oban we have a fleet of powerful RIBs and a traditional hard boat which are purpose designed and built to ensure you maximum viewing opportunities. Our Wildlife Tours depart throughout the day visiting the Gulf of Corryvreckan, home of the World's Third Largest Whirlpool. Porpoise, dolphins and whales feed in these food rich waters along with many seals and the occasional otter. 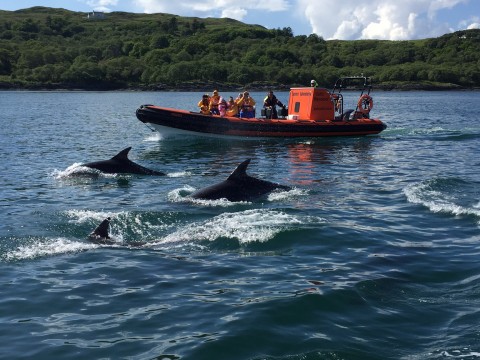 A 2 hour circular tour around a chain of islands focusing on the wildlife in the... 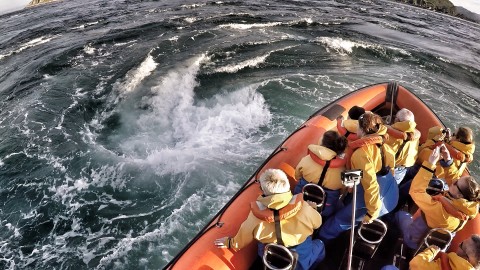 It is an exhilarating 1.75 hour trip using our open rib focusing on seeing as mu...