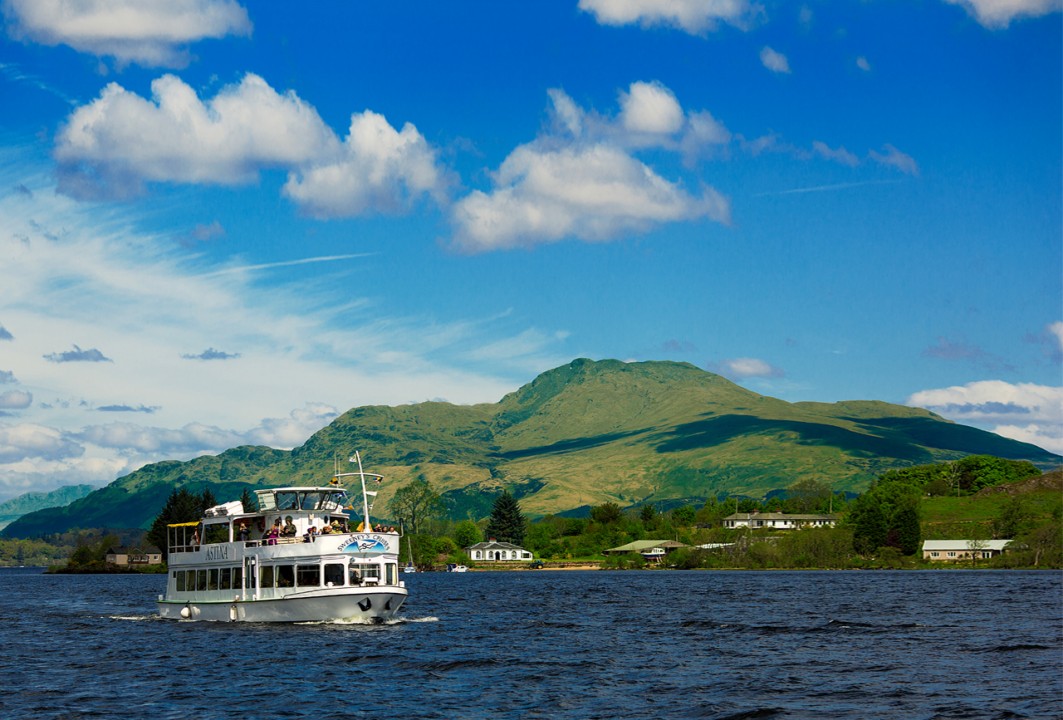 Circular 1 hour cruise of the Queen of Scottish Lochs departing from Balloch village.

This one hour circular tour of Loch Lomond's South basin enjoys views of the magnificent Ben Lomond and passes a number of Loch Lomond's stately homes and castles along the shoreline. Venture out towards Inchmurrin Island- the largest of Loch Lomond's 33 islands and home to the ancient remains of Lennox Castle, which in the 14th century sheltered a fugitive Robert the Bruce before he was to become King of Scotland. 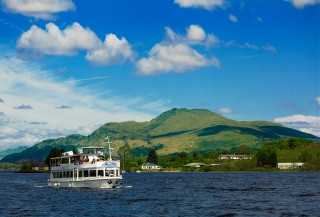 One of Scotland’s oldest family run businesses Sweeney’s Cruise Co is Loch Lomond’s only 5 star visitor attraction. Located in Balloch village at Loch Lomond’s south end closest and most accessible by car and train from Glasgow (30 mins by car), Stirling (35 mins) and Edinburgh (90 mins). With daily scheduled circular cruises, Waterbus services linking the Villages of Balloch, Luss and Balmaha as well as bespoke private cruises there is no better way to experience wah is known as the Queen of Scottish Lochs. All cruises feature on board commentary by famed TV historian Neil Oliver. 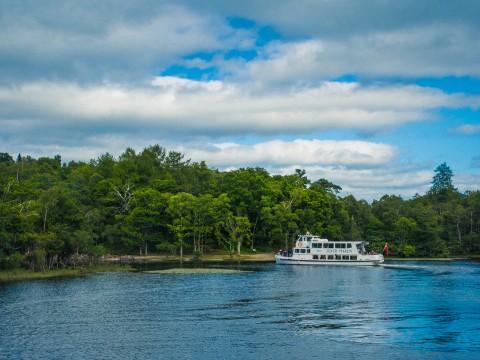 A two hour circular trip of Loch Lomond, known as the Queen of Scottish Lochs.