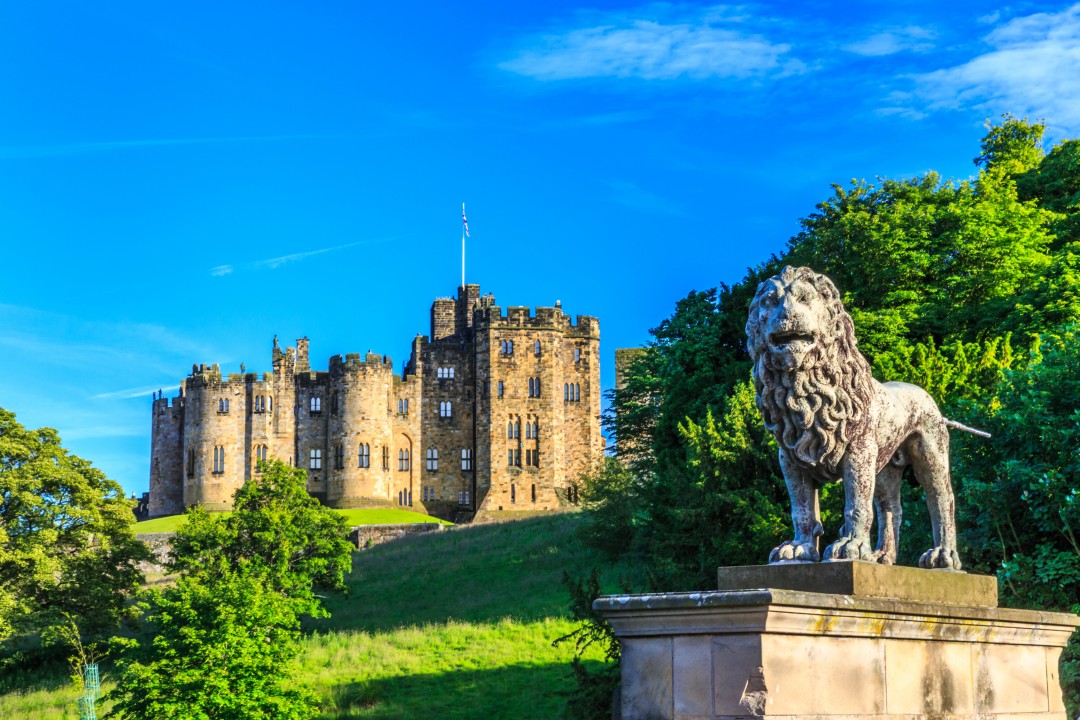 Explore the fantastical world of Harry Potter's Hogwarts and discover the historic and beautiful Borders.

Your tour begins by following the road that connected Caledonia with Roman Britannia.

You stop in Kelso where you explore this handsome town and what is thought to be Scotland’s largest market square. You also see the ruins of Kelso Abbey, a reminder of the many ancient conflicts between Scotland and England.

Continuing south, you cross the border and travel to Alnwick Castle, an immense fortification that has stood strong for nearly a millennium.

It was originally built to assert Norman rule over newly conquered lands. But more recently Alnwick Castle has found fame as one of the settings for the fictional Hogwarts school in the Harry Potter movie series.

Book lovers can also take the opportunity here to explore one of the largest and most impressive second-hand book shops in Britain.

After around three hours at Alnwick, you travel north along the Northumberland Coast. You stop on your way back to Edinburgh at one of the beautiful historic villages or castles that pepper the rolling landscapes of Southern Scotland.