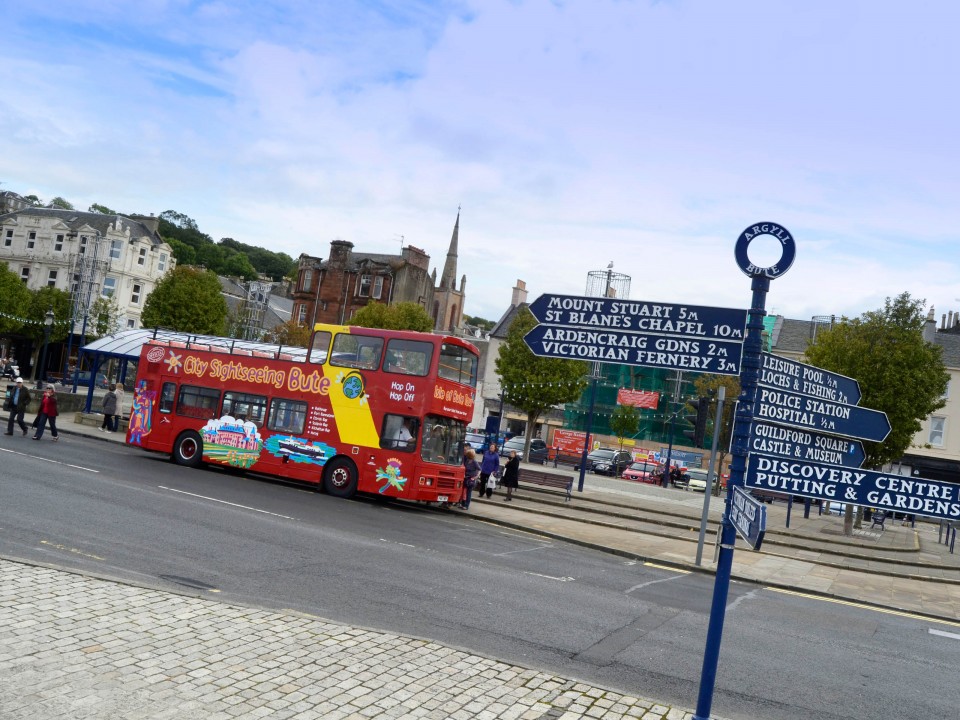 Explore the beautiful Isle of Bute in 7 stops on the official open top sightseeing tour. Hop on hop off around the island's best attractions, historic sites and gardens with your day ticket.

Let us show you the best of Bute.

Starting in Rothesay, we serve the former Winter Garden, now the Isle of Bute Discovery Centre. The bus then travels to Ardbeg Point, Port Bannatyne, Kames Castle and the 'One Man Burial Ground' before continuing to Ettrick Bay.

Following the coast road south, we pause at Scalpsie Bay to savour its peace and tranquility before we head towards Kingarth, Kilchattan Bay and Ascog Bay.

We end the tour back at Rothesay Pier with ample time to catch the ferry back to Wemyss Bay.

As we take you on a round trip of the island, fascinating commentary about Bute's history, culture and people is provided by our local driver guides. 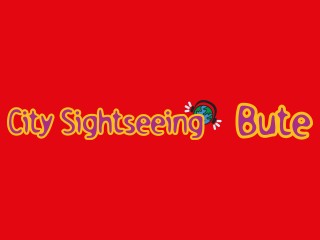 Explore the beautiful isle of Bute in 7 stops! Hop on hop off around the island's best attractions including Mount Stuart, Ascog, Ettrick Bay and Rothesay Castle. We operate daily from May until September with four departures from Guildford Square a day. We are locally operated and globally connected.