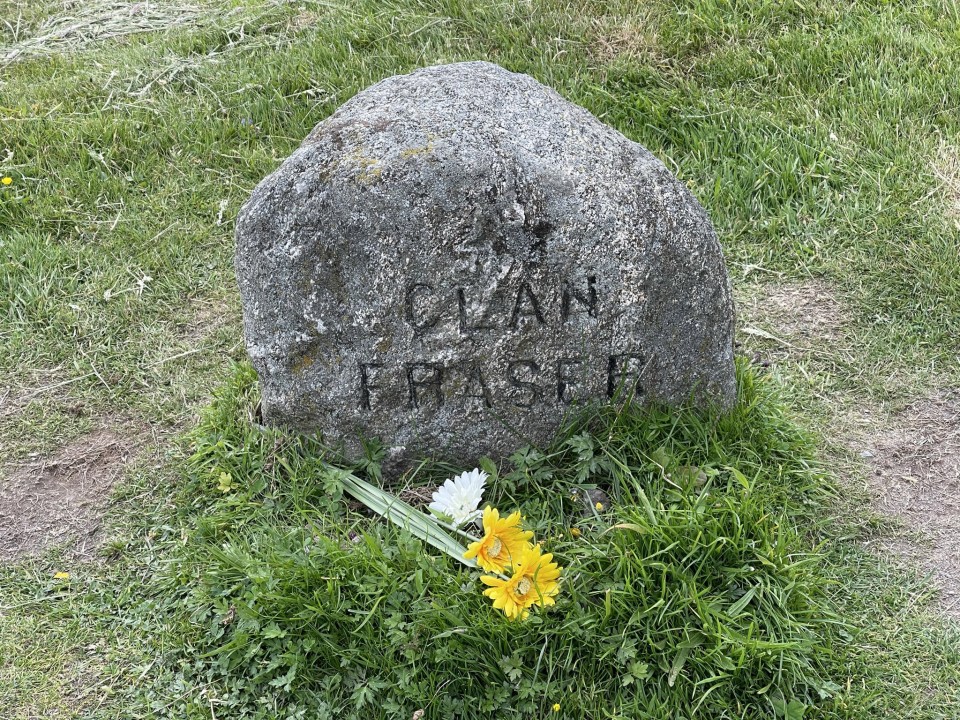 Our Culloden , Lallybroch and Craigh na Dun Outlander tour is the ultimate Outlander tour , perfect for fans of the most popular TV show on screen this year . Visit the Clan Fraser grave at Culloden

Our Culloden and Craigh na Dun Outlander tour is the ultimate Outlander tour , perfect for fans of the most popular TV show on screen this year .  First of all we take a unique tour of the key location in the life of Outlander’s Jamie Fraser – Lallybroch ( Midhope Castle ) , Jamie’s ancestral home , Then we visit Doune Castle – Castle Leoch In Outlander , also featured as Winterfell in Game of Thrones . The third location is Craigh na Dun , where the mysterious standing stones took Claire back 200 years in time . Culloden is the location of the Clan Fraser grave .

Tours for groups of up to four people run daily six days a week at 10 am .

Our private group tours take up to four people . We also offer bespoke private tours with the option of choosing your own itinerary . This tour costs from £395 .

Tours start from your hotel or accommodation in Edinburgh or Glasgow . Wide range of Scotland Tours from Edinburgh.

The first location on this tour is Lallybroch – Midhope Castle, ancestral home of Jamie Fraser . Outlander scenes were shot at Midhope Castle on the fringes of the Hopetoun Estate near South Queensferry.

Midhope was built in the 15th Century by John Martyne, laird of Medhope. It was rebuilt in the mid 1600s and remains much the same today.

The interior of Midhope is inaccessible , although plans have been made to build accommodation inside Lallybroch next year so fans can stay at Lallybroch . A new whisky distillery is also being built next to the castle .

Midhope Castle, a 16th-century tower house, is used as Lallybroch (also known as Broch Tuarach) in Outlander. Left to Jamie by his parents, Brian and Ellen, Lallybroch is also home to Jamie’s sister, Jenny, her husband Ian Murray and their children. Lallybroch is a crucial part of Jamie Fraser’s life in Outlander . In Outlander Jamie calls Claire Sassenach as a term of affection .

Doune Castle is Castle Leoch in Outlander and also Winterfell in Game of Thrones and featured in Monty Python’s Holy Grail. Visit Doune Castle on a unique private tour . Check availability by phoning us now on 07305-294773 or contact us online . Toll free number 1-866-233-2644

Doune is one of the best preserved medieval castles in Scotland. This private tour starts at 10 am and it includes pick up and drop off from Edinburgh , a driver / guide , a stay of up to an hour at each castle plus a visit to Craigh na Dun . Your guide will give details of the history of each castle , information about the Outlander filming plus all the other films made at Doune Castle including Monty Python and the Holy Grail .

Visitors to the castle can get details about filming inside the Great Hall and courtyard of the castle .

Insider access Take the audio tour of the castle narrated by Monty Python’s Terry Jones and Outlander’s Jamie Fraser ( Sam Heughan ) . The castle was used as the set for Winterfell in the TV series Game of Thrones(2011–present), an adaptation of the A Song of Ice and Fire series of novels by George R. R. Martin. The castle was also used as “Castle Leoch” in the TV adaption of the Outlander series of novels.

Finding the exact spot of Craigh na Dun has been a problem but the site of filming is at Kinnloch Rannoch in Perthshire. On the south side of the Dunalastair Reservoir in Tay Forest Park under the gaze of the spectacular Schiehallion mountain, this is scenic Highlands at its best. You will recognise the mound from the roadside and it’s just a short walk to the site. Kinnloch Rannoch was used in numerous other scenes , mainly because it’s one of the most remote and beautiful areas in the country.

The mystical and enchanting spot where Claire and Frank first come across the standing stones that soon after were to propel Claire back in time. They have been an ever present since, including in Season four . No standing stones actually exist here but they are inspired by the Clava Cairns and Callanish , both of which are outstanding Scottish tourist sites. Even without the presence of the colossal pillars, this spot in Perthshire is a fantastic selection as Craigh na Dun with stunning views of the Perthshire countryside.

Culloden is the scene of the the tragic battle where the Scottish army was decimated by a much larger English army . The Clan Fraser grave is at Culloden in the poignant scene where Claire talks to Jamie , believing he is dead.

Jamie Fraser fought in this battle and ended up a prisoner.

Outlander gifts and souvenirs are available online , please ask your driver for details . Our tours of Scotland set off from Edinburgh