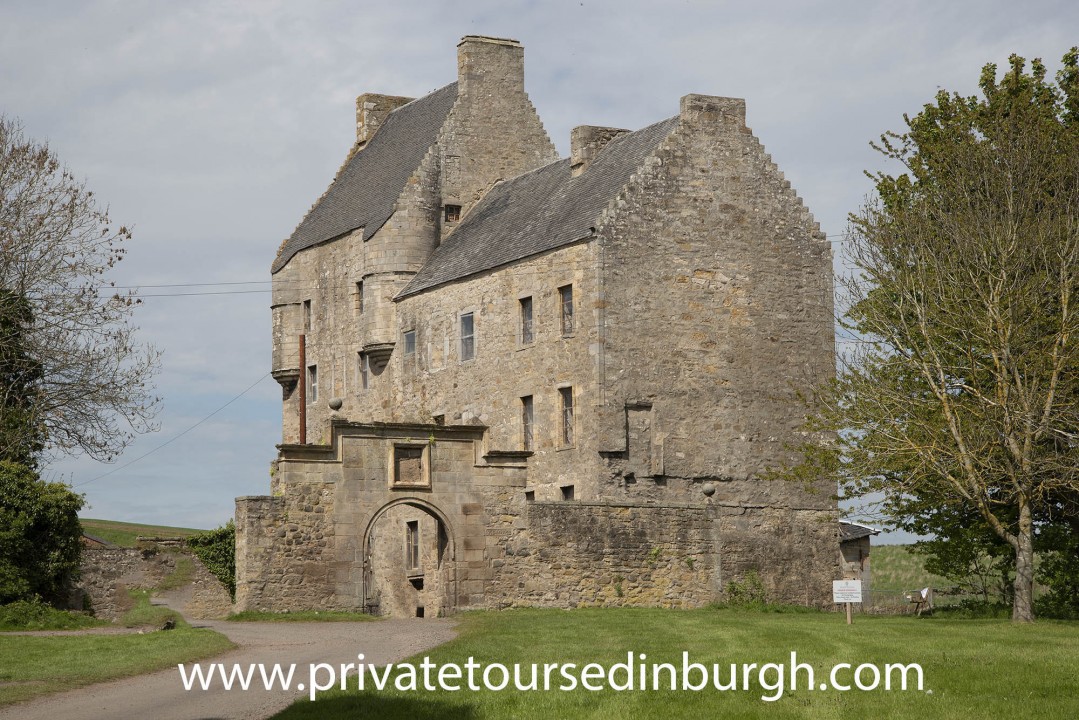 Private tours Edinburgh For the latest information about availability and best prices please contact Private Tours Edinburgh by phone / WhatsApp on +447305294773 or contact us online .

Get a glimpse of the ancestral home of Jamie Fraser at Midhope Castle .

Scenes were shot at Midhope Castle on the fringes of the Hopetoun Estate near South Queensferry.

Midhope Castle is the external location for fictional Lallybroch, the family home of character Jamie Fraser , and it is located on the Hopetoun Estate . Midhope Castle dates back to the 15th Century and although the exterior is relatively intact the castle is derelict inside. In Outlander Jamie calls Claire Sassenach as a term of affection . Midhope Castle tours can be booked on

Originally dating to the 13th Century, Doune Castle near Stirling plays Castle Leoch, home to Colum MacKenzie and his clan.

This royal palace and birthplace of Mary Queen of Scots became the backdrop for some of the most harrowing scenes of the show.

Culross Palace was used in the early seasons of Outlander . The herb garden was used as Castle Leoch's garden .

One of Scotland's most impressive strongholds, Blackness Castle near Linlithgow was used as the Fort William headquarters of Black Jack Randall.

The 15th-century ex-artillery fortress overlooks the Firth of Forth and is known as "the ship that never sailed" due to its unusual shape.

It was built in the 15th century by one of Scotland's most powerful families, the Crichtons.

On the tour we pass the Kelpies , The Kelpies are 100 feet high and each one was made from 300 tonnes of steel . In five years the Kelpies have had over one million visitors. Kelpies gifts and souvenirs can be bought online . Over 50 gifts available including t-shirts, throw pillows and prints .

Entrance tickets, food and refreshments are not included . Explorer passes are available from Historic Environment Scotland for Doune , Blackness Castle and Linlithgow Palace .

﻿Your guide will give you his unique Insights into Scottish culture ,music and art including best selling artist Jack Vettriano of Mr Cool , Night Calls, Exit Eden and Lunchtime Lovers fame .