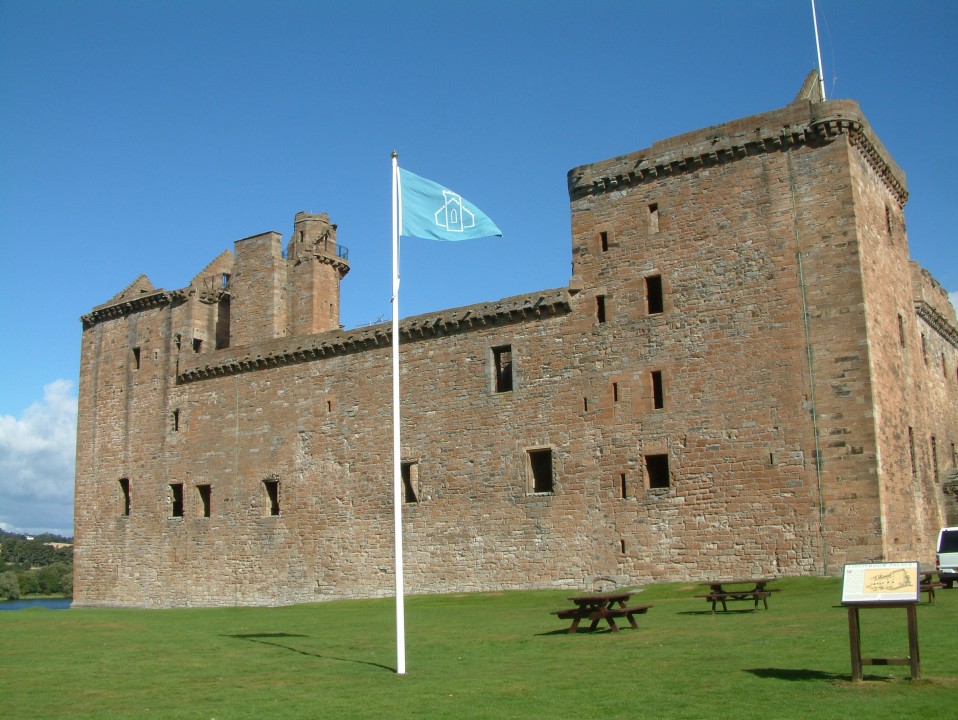 The castle is long and narrow because of the shape of the rock on which it is situated and it is sometimes called ‘ the ship that never sailed ‘ . It guards the bay at Blackness and is only a few miles from Linlithgow Palace . The first castle was built in the middle of the 15th century by Sir George Crichton , Earl of Caithness , a member of one of the most powerful families in Scotland . King James II acquired Blackness in 1453 when he annexed the lands of the Crichtons . From then on the castle was mainly used as a prison . In 1543 Cardinal Beaton was held here for a month . Rebuilding started in the 1530s under the direction of Sir James Hamilton of Finnart who also worked at Linlithgow Palace and Stirling Castle . He was instructed to make the castle safe from artillery , and he achieved this by making the south and east walls very thick . A new tower was built at the south end . In the 1560s , in the reign of Mary Queen of Scots , a Spur was built to protect the main gate . In the 1870s the castle was the main ammunition depot for Scotland .The Castle is a popular location for historical re-enactments and has changed little in 600 years . Doune is one of the best preserved medieval castles in Scotland. https://privatetoursedinburgh.com/2019/12/03/outlander-five-castles-tour/

This day trip from Edinburgh is ideal for solo travellers and small groups of up to to 4 people . Our photo tours of Scotland set off from Edinburgh and feature visits to the top scenic locations in the Highlands of Scotland. Perfect for iPhone and DSLR users with a passion for landscape photography ( and Instagram ) . Your guide will give you his unique Insights into Scottish culture ,music and art including best selling artist Jack Vettriano of Lunchtime Lovers fame .