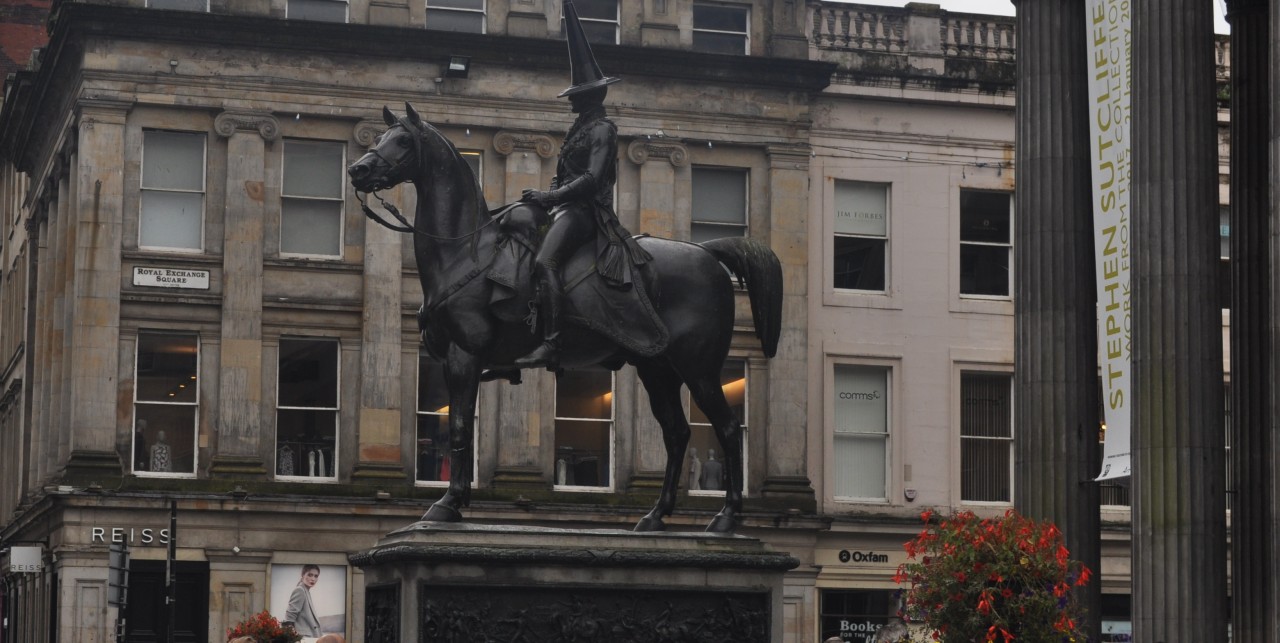 Glasgow, Scotland's largest city has a huge story to tell. From medieval,Cathedral city to Industrial second city of the empire. It's all here but the phrase "People Make Glasgow" is what it's all about.

This tour is led by a Glaswegian, Gordon, born in Govan and brought up in a tenement. He epitomises Glasgow. A skilled historian and local actor, Gordon brings the history and culture of Glasgow to life.

So whether it's a tour of the city centre, to be awed by George Square and the city chambers or the victorian architecture of the city which hides the 17th century tobacco baron's homes. Or maybe the medieval cathedral and city life.

A tour of the West End and Glasgow University with it's Hunterian Museum surrounded by Kelvingrove Park.

The Viking Burial Hogback graves of Govan mixed with the shipbuilding heritage of the river Clyde.

Food and eating, enjoy some of the finest culinary and food experiences in Britain at reasonable cost.

Standard tours start at one hour.

A tour like city centre and Cathedral are three hours.

Food, Football and Culinary tours four hours or so.

Let us know what you would like to see and we will accomodate you.

Previous requests have been to visit a fire station, a crime tour and a river visit - all accomplished.