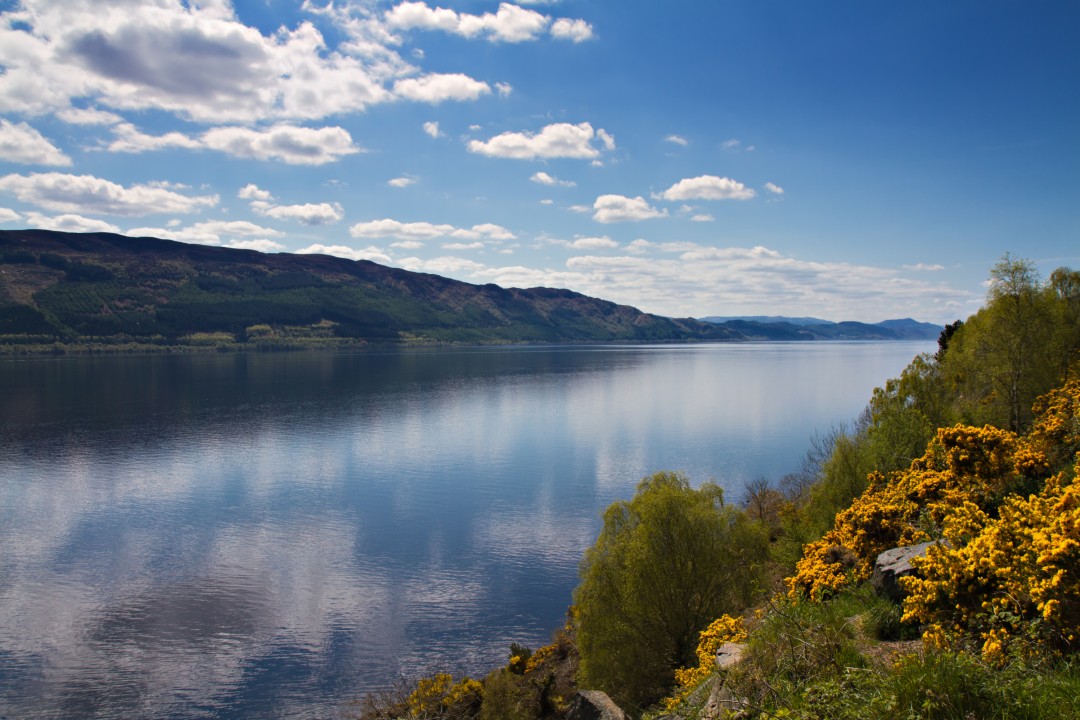 Myths, monsters, and mountains: this tour is the best way to see ‘Scotland in a day’.

Departing from Glasgow you travel towards the Highlands along the “bonnie, bonnie” banks of Loch Lomond. This is Scotland's largest loch and it takes its name from the mountain Ben Lomond on the eastern shore.

Crossing the ancient natural fault line that runs across Scotland you travel into the majestic Highlands where the scenery changes quickly and dramatically. The flat plains of the Lowlands transform into shimmering lochs, rugged mountains and forest-filled glens. The alluring beauty makes it easy to forget this was once a battleground of the fiercely territorial Highland clans.

Travelling north through Breadalbane (meaning the 'High Country of Scotland'), you climb towards Rannoch Moor. This 1000ft plain is covered by heather, peat-bogs, and dozens of lochs. You’ll love how it contrasts with the spectacular mountain scenery of Buachaille Etive Mor (meaning 'the great shepherd of Etive').

After Glencoe, you enter a deep glacial valley, known as the Great Glen.

Passing through the town of Fort William you travel under Britain's highest mountain, Ben Nevis, before arriving at Fort Augustus on the shore of Loch Ness.

At 23 miles long and over 700ft deep, Loch Ness is the largest loch by volume in Scotland. The loch is best known for the legendary Loch Ness Monster ("Nessie") and you can take the opportunity to go in search of the monster on a fantastic boat cruise. Or you can simply enjoy the beautiful scenery on the banks.

Fort Augustus boasts the Caledonian Canal, which is a great spot to relax and watch the boats sail by. You stop here for one hour to give you time for lunch and time to take in the scenery around Scotland's most famous loch. After lunch, you travel north the full length of the loch with the opportunity to take a five Star Jacobite boat cruise and view the ancient stronghold of Urquhart Castle.

Once one of Scotland’s largest castles, Urquhart’s remains include a tower house that commands splendid views of the famous loch and Great Glen. Urquhart witnessed considerable conflict throughout its 500 years as a medieval fortress and its history from the 13th to 17th centuries was particularly bloody. Following Edward I’s invasion, it fell into English hands and was then reclaimed and lost again. In the 14th century, it figured prominently in the Scots’ struggle for independence and came under the control of Robert the Bruce after he became King of Scots.

From Loch Ness, you head south through the mountains of the Cairngorms National Park. You continue south through the forests of Perthshire and make a short refreshment stop on route, before returning to Glasgow.