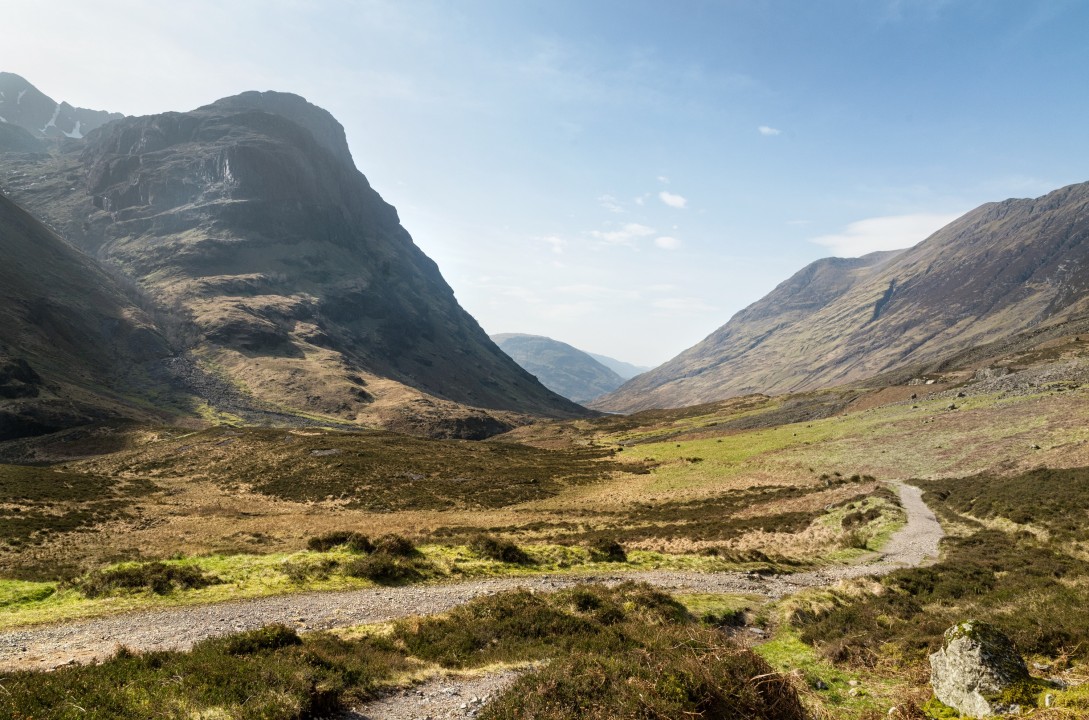 Scotland’s West Highland Way is one of the most beautiful walks in the world, with a richness of wild flowers and animals and is steeped in Scottish history.

The Way has a richness of wild flowers and animals, Speedwells and Self-Heals, ptarmigan and feral goats, that is Loch Lomond, Glen Falloch, Rannoch Moor and the highest point of the walk, the Devil’s Staircase. Steeped in Scottish history, the Massacre of Glencoe, Robert the Bruce and Macbeth, the walk starts in Drymen, eighteen miles to the north-west of Glasgow, threads along the beautiful eastern shore of Loch Lomond, before rising to the drama of Beinn Dorain, Buachaille Etive Mor and Glencoe, the ‘glen of weeping’, with views to Mamores and Ben Nevis, the highest mountain in the British Isles, to sweep you on to Fort William in a demanding last day walk. To rest, inspire and enthuse we have added beautiful stays in boutique hotels, full of character, charm and elegance, and private transfers from and to specific locations along the route at the end and beginning of each day.

Arrive at Cameron House on the shores of Loch Lomond. Your host will meet you and run through your itinerary, answering any questions you may have. Enjoy this magical setting and stroll along the water's edge of Scotland's largest loch. Spend the evening as you wish - this is your home for the next three nights.

Instead of starting out at Milngavie in the suburbs of Glasgow where the official West Highland Way begins (that can be organised should you wish to add the extra day), we suggest that you begin at Drymen 18 miles to the north-west of Glasgow and not far from Loch Lomond. We will transfer you there after breakfast for a day of uphill and down dale. Start out with a trail through the Garadhban Forest, walking your first military road before the first of many stunning views across Loch Lomond, a National Park, ‘one of the most beautiful spectacles of nature’ in the words of Sir Walter Scott. From the Lowlands rise through the bracken up Conic Hill and into the Highlands to throw open the magnificence of Ben Lomond, Loch Lomond and the Luss Hills. Meeting you at Balmaha, ‘the village by the water’, we will transfer you back to Cameron House.

Today climb up to Craigie Fort, admire Loch Lomond, Conic Hill and the Highland Boundary Fault that marks the shift from Lowland to Highland, the change in topography and landscape. Fringe the Queen Elizabeth Forest Park with its mature woodlands of pine and of oak - spot a red deer, osprey and golden eagle, the mewing of buzzards in the sky, while enjoying the magnificent views of Ptarmigan and Ben Lomond, the most southerly of Scotland’s two hundred and eighty-two Munros (mountains over 3,000 feet). If the water level is low on Loch Lomond, you will see a crannog, a 'stone age' platform. But you don't have to sleep there! Spend a third night in the comfort of Cameron House.

Along the next two stretches of The Way the path is demanding but rewarding as you walk to the sound of cascading water, the western shore of Loch Lomond intense in form and colour, 'a very shower of beauty is thy earthly dower!' as Wordsworth wrote to the Highland Girl of Inversnaid, the hamlet you pass through today. Entering the lands of the Clan MacGregor and passing Rob Roy’s Cave, the place where the ‘Scottish Robin Hood’ detained prisoners and hostages in his fight against the Duke of Montrose over land, cattle and homes, walk through woodlands of oak, birch and pine, a home to redstarts and wood warblers. At the end of the day, we transfer you for the first of two nights at tranquil Monachyle Mhor on the shores of Loch Voil.

Take one of the the old military roads built in the eighteenth century by General Wade and Major Caulfield after the Jacobite Rising of 1715, the revolt against the English monarchy, over one thousand miles were built to provide the English army access to remote parts of Scotland. Walk along the banks of the River Falloch, passing the beautiful Falls of Falloch which Dorothy Wordsworth's described, 'The noise of waters did not appear to come this way or that, from any particular quarter: it was everywhere, almost, one might say, as if "exhaled" through the whole surface of the green earth.' At times you will cross the imaginary British Watershed where waters falling on the west side drain into the Irish Sea and those on the east side flow into the North Sea. At Crianlarich, the ‘tree by the pass’, under the steady gaze of Ben More, Cruach Ardrain and An Caisteal we will transfer you to Monachyle Mhor for a second night.

Today is a beautiful balcony walk high above the sweeping glens along old military roads, undulating paths and the River Fillan to the Priory and Holy Pool dedicated to St. Fillan, an Irish monk. The Priory lies near the battlefield of Dalrigh, the King's Field, where Robert the Bruce was defeated in 1306, casting his sword into the Lochan of the Legend of the Last Sword. St. Fillan redeemed himself eight years later by offering Robert the Bruce a portentous sign, the Mayne or arm-bone before his great victory over King Edward II of England at Bannockburn in 1314. Pass through Tyndrum, ‘the house on the ridge’, a cattle drover service station in the eighteenth and nineteenth centuries, and on into a landscape of grass and heather. Stay the first of three nights at Glencoe House, a beautiful mansion house set in private ten acre gardens.

Today stride out on one of the most beautiful stretches of the West Highland Way on the Old Glen Coe road across Rannoch Moor, Britain’s highest, with its sparkling black to blue lochs and lochans, a magnificent cloister of mountains in the distance. With views over salmon filled Loch Tulla step through a magical and fantastic upland plateau of sweeping moorlands, rivers, burns and lochs. At breeding time see the black-throated divers and greenshanks, the dangerous wild bears and brown bears long gone. Pass the King’s House Hotel which in 1803 Dorothy Wordsworth described, 'Never did I see such a miserable, such a wretched place, —long rooms with ranges of beds, no other furniture except benches, or perhaps one or two crazy chairs, the floors far dirtier than an ordinary house could be if it were never washed, —as dirty as a house after a sale on a rainy day, and the rooms being large, and the walls naked, they looked as if more than half the goods had been sold out. We sat shivering....' Enjoy Glencoe House for a second night.

Rise up the Devil’s Staircase to the highest point on the West Highland Way (1,850 feet or 548m) to admire the 'glen of weeping', the land that witnessed the Massacre of Glencoe, the slaughter of the MacDonalds by Captain Campbell after professed friendship and a twelve night stay. Stunning views of one of the most loved of Munro peaks, Buachaille Etive Mòr, ascending in patches of light grey terracotta and black stone. On a clear day see Ben Nevis, the highest mountain in the British Isles, Carn Mor Dearg and the Mamores. We transfer you at the end of the day for your third night at Glencoe House.

Walk Lairig Mor a glen with views to the summits of Mam na Gualainn and Beinn na Caillich, on what is one of the longer stages. Make sure you take plenty of food and provisions as none is available along the way. Pass near Mamore Lodge once used by Edward VII as a hunting lodge and Lochan Lùnn Dà-Bhrà where Macbeth King of the Scots 1040 to 1057 once slept on a crannog, one of the 'stone age' platforms. Walk through forests of willow and birch, larch and pine before descending into the glen and Fort Willliam. Congratulations you have arrived! Transfer to the elegance of Inverlochy Castle to celebrate your walk through the drama of Scotland's west highlands, its history.

Depart Fort William at your leisure 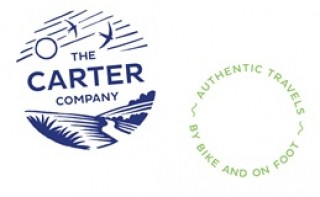 Designed with the thoughtful traveller in mind, our creative routes aim to show you the hidden gems of Scotland, not just the highlights. Pedal or walk the glens, highlands and coast as you get to know the stunning landscape, culture, history and cuisine, and at the end of the day unwind in our favourite boutique hotels. With over 25 years of experience, our small team offers top notch service and we are picky when it comes to hotels! Our number 1 criteria is quality whether you are looking for a classic trip in authentic bolt holes or stays in Scotland's finest castles and hotels. 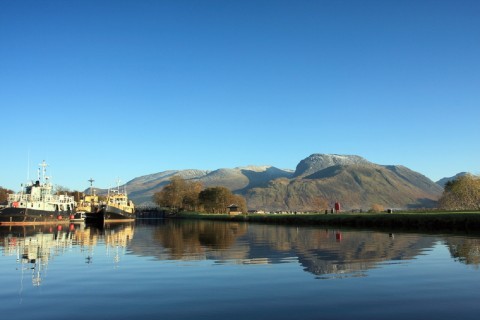 The Highlands Coast to Coast

The Highlands of Scotland are known for their stunning scenery and sparse popula... 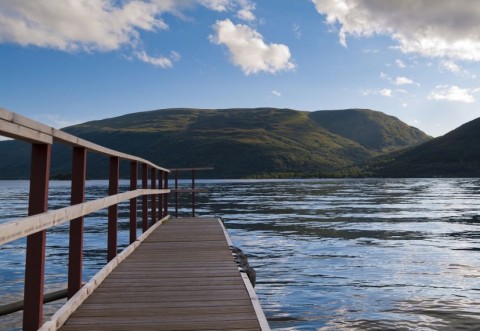 Lochs and Glens to Edinburgh 6 nights

This gorgeous cycling holiday travels from the shores of Loch Lomond through to... 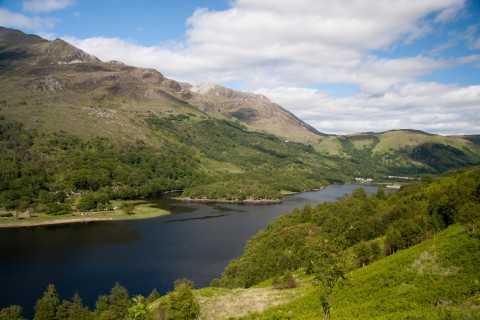 Departs: Auchterarder, Gleneagles and The Ochils

This road cycling tour is grand in every way. With 3,000 feet of climbing on eac...

Length: 6 day(s)
Price from: On request 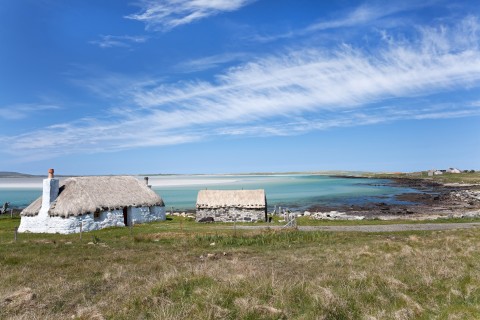 The Scottish Highlands are world renowned for their stunning scenery and the wes...