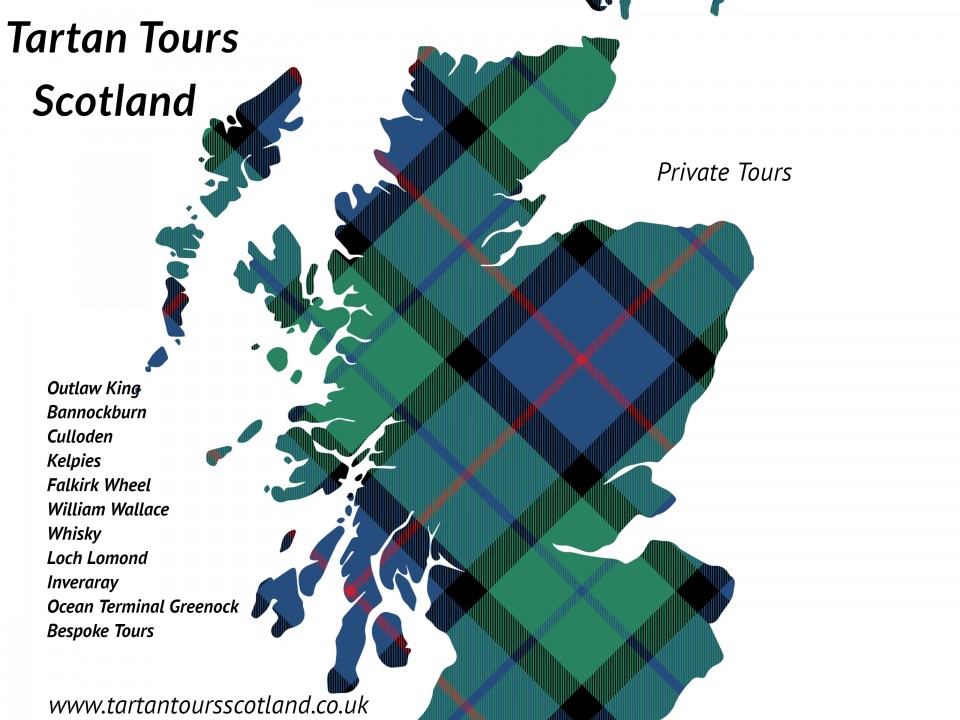 PRIVATE TOURS for 1-6 PEOPLE- 1 or 2 day Mary Queen of Scots Tours - Visiting Lochleven Castle and the Palaces of Falkland, Linlithgow ,and Holyrood Pick up and drop off at your hotel. Travel in luxury and discover the real Mary Queen of Scots.

Find out about Mary Queen of Scots, on a private tour with Tartan Tours Scotland. Mary Stuart was born on the 8th of December 1542 in Linlithgow Palace and was executed on the 8th of February 1587 at Fotheringham Castle. Mary`s body was buried at Peterborough Cathedral before being exhumed in 1612 by her son King James VI and I and being re interred at Westminster Abbey.

Mary Stuart became Queen of Scots on December the 14th 1541 only 6 days after her birth. Her father King James V is believed to have died following a nervous collapse after the Battle of Solway Moss. Mary was eventually crowned Queen of Scots on the 9th of September 1543 in the chapel at Stirling Castle.

Mary Queen of Scots led an eventful and sad life, being married 3 times, producing the future King of Scotland and England. A life that saw murder, war and imprisonment before she was executed by her cousin Queen Elizabeth.

Linlithgow Palace , Holyrood Palace , Falkland Palace through to Lochleven Castle. You get the chance to explore the life of Mary Queen of Scots.

In January 2019 a new film was premiered about Mary called simply Mary Queen of Scots. Written by Beau Willimon and directed by Kosie Rourke it was released on the 18th of January starring Saoirse Ronan as Mary. It’s a historical drama about Mary Queen of Scots and her life as a chilld Queen through to her execution in England. Filming took place in various locations including Linlithgow Palace, and Blackness Castle.

Tartan Tours Scotland is delighted to be able to offer the opportunity to see the real Mary Queen of Scots with one of our private tours. Places that she saw with her own eyes. The very ground that she walked on. Our Mary Queen of Scots Tours can take you to Holyrood Palace, Linlithgow Palace, Lochleven Castle and Falkland Palace.

Contact us now to discover Mary Queen of Scots