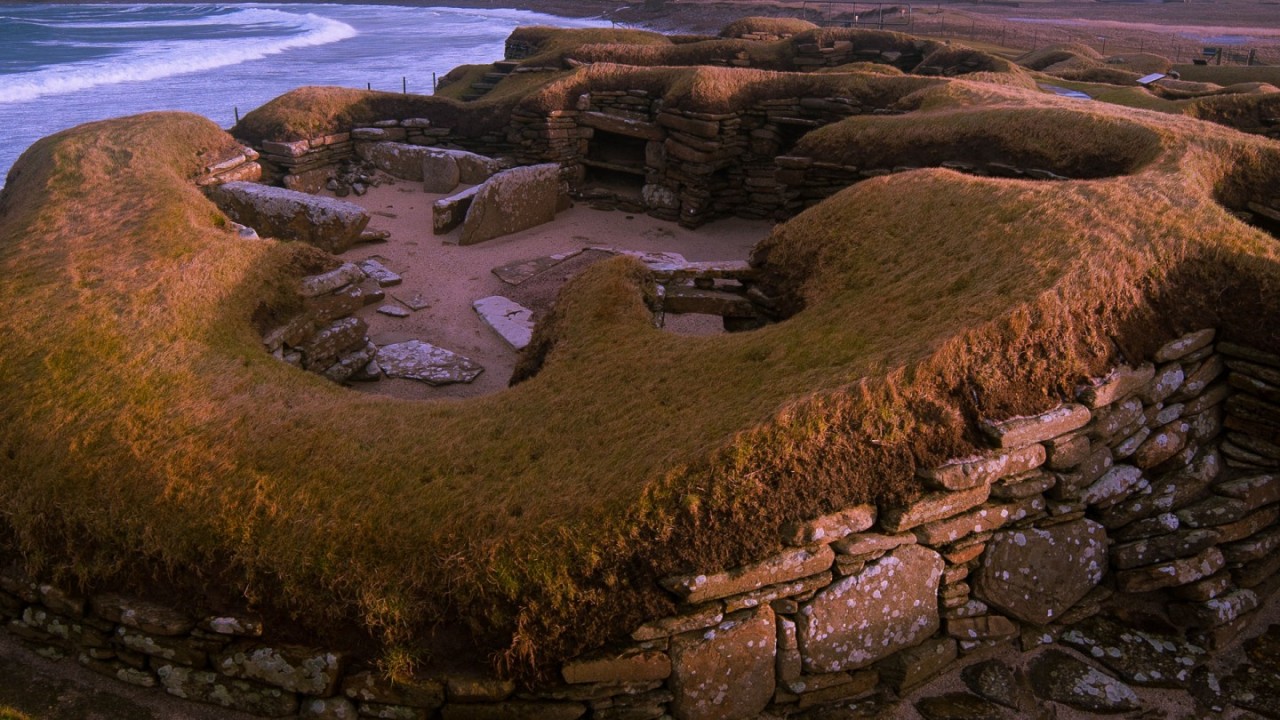 Day one – Meet and greet in Inverness

Make your way to Inverness, where the River Ness meets the Moray Firth. Consider arriving a day or two early as there’s plenty to see – check out Britain’s first post-Reformation Cathedral, the stately 1830s castle or the fine modern art gallery and museum. You could venture just outside the city to evocative Culloden Battlefield: discover tales of warring clans which may be more complex than you realise! Or just stroll along the river or Caledonian Canal, taking in Highland views. Let us know, and we can help with arrangements.

Meet your tour leader and travelling companions for an early evening drink before a welcome dinner and hints of what to expect over the coming week.

Your accommodation in Inverness

You’ll spend your first night in relaxed comfort in this elegant four-star hotel, surrounded by mature gardens. The on-site swimming pool and spa may help you unwind from your journey to the Highland capital, while the welcome is as genuine as they come. The core of the building dates back to the eighteenth century – history and traditional touches abound.

After a leisurely breakfast, your tour leader will accompany you to the rail station to begin your guided tour in earnest. The fabled Far North Line meanders its way past villages and townships, distilleries and castles and across firths, enabling you to sit back and absorb the passing scenery.

After a two and a half hour journey, you will step off the train in Helmsdale, set alongside its eponymous river. Although a settlement dating back to Viking times, the current village was largely built in the early 19th century. The local landlord, Sutherland Estates, planned it to re-settle families forcibly cleared from the more fertile interior which would be turned over to sheep-grazing.

After time to grab a spot of lunch and visit the Timespan museum, your tour leader will whisk you back to days past on a trip through the atmospheric Naver Valley. Crumbling stone walls, tin-roofed churches and overgrown graveyards provide poignant reminders of long-lost communities.

You’ll arrive in time to freshen up for dinner at your next base, a windswept hotel looking over the Pentland Firth.

Your accommodation on Scotland’s North Coast

In the peaceful grounds of a royal residence on Scotland's wild north coast, you accommodation in Caithness is a guest house of rare quality and fascinating history. Set right on the shoreline, the house couldn't be more dramatically located, and the relaxing drawing room with roaring open fire presents a fine spot from which to take in the scene stretching towards Orkney, perhaps while enjoying a dram from the bar.

Several miles further north than John o’Groats, Dunnet Head is a place of towering sea cliffs and lonely splendour. There’s mysterious history throughout the peninsula too – ask your guide about its abandoned harbours and hush-hush WW2 sites.

The big ticket sight later on is Dunrobin Castle and Gardens. The seat of Clan Sutherland, this most northerly of Scotland’s great houses boasts nearly 200 historic rooms in a building styled like an ornate French chateau transported to a forest-ringed North Highlands bay. The idyllic spot, well-tended formal gardens and standout architecture contrast sharply with turbulent tales of the Highland Clearances of the 18th and 19th centuries overseen from this place of power.

From here you will board the late afternoon train to continue your journey on the Far North Line, crossing the vast peat expanse of the bird-filled Flow Country. The rail-line passes through areas of genuine wilderness, far from any road, linking small settlements in what was once a more-populous area.

Dinner has been arranged for you at the end of the line in a local Thurso restaurant right by the beach before you return to the comfort of your hotel.

Day four – Over the sea to Orkney

A fairly early start this morning will enable you to catch the ferry over to Orkney, a journey of around one and a half hours. You’ll cruise past the sentinel sea stack of the Old Man of Hoy, seemingly greeting your arrival on the archipelago where historic ruins and ancient sagas await at every turn.

On arrival your McKinlay Kidd tour leader will guide you on a walk through the winding streets of Stromness, providing an introduction to the life and times of the Orkney Mainland and local novelist George McKay Brown. You’ll also visit the wonderful Pier Arts Centre – described by artist Patrick Heron as “one of the most perfect smaller collections of 20th century art on permanent display anywhere in the world”.

A short road transfer will bring you to Kirkwall in the afternoon. You’ll have time to settle in before exploring this attractive harbour town in your own time. St Magnus Cathedral provides a breath-taking landmark – a soaring red sandstone edifice founded by Vikings as Britain’s most northerly cathedral.

Alternatively, you could choose to visit the renowned Highland Park Distillery. Orkney’s most famous whisky maker has plied its spiritual trade for over 220 years in historic buildings on a rise above Kirkwall. Its 18-year-old is a former winner of the ‘Best Spirit in the World’ accolade, uniting distilling skill with Orcadian heather peat, pristine spring water and cool sea salt air.

Dinner this evening is at leisure – you could choose to stay in the hotel or try one of Kirkwall’s local restaurants. Your tour leader will assist with options and recommendations.

Your accommodation on Orkney

Located on the outskirts of Kirkwall, the hotel is traditionally furnished creating a genuine feel throughout. All rooms are individually styled to great effect. With an excellent reputation as a destination for locals, the restaurant features menus packed with local produce.

Tuck into a hearty island breakfast before embarking on a full-day tour across Orkney’s patchwork of lush fields, peaty hillocks and stirring ocean views, with a locally born-and-bred guide filling in the back stories of splendid sights along the way.

You will stop at Maeshowe, one of Europe’s finest chambered tombs. Dating back a staggering 5000 years, it shows the ancient understanding of the heavens with an entrance aligned so the setting midwinter sun illuminates its eerie depths. Look out for Viking runes carved inside by 12th century Norse visitors on their own tour of these parts – who says graffiti was a modern invention?

For an unforgettable glimpse of ancient domesticity, you’ll visit Europe’s most complete Neolithic village at Skara Brae – a cluster of houses older than the Pyramids, which lay preserved beneath sand until a wild storm in 1850 revealed it once more. There’s a real and humbling sense of the ordinary folk who lived here five millennia before, with moving echoes of the design of homes today.

Prehistoric encounters continue with the chance to walk amid Orkney’s incredible stone circles – the staggering red-tinged monoliths of the Ring of Brodgar and the quartet of coastal stones at Stenness which claim to be the oldest henge in the British Isles.

Orkney consists of around 70 islands in an archipelago whose central core is linked by the unique Churchill Barriers. These causeways were hastily built in 1940 not so much to join islands together but as impassable naval defences, after the night in October 1939 when German U-boat U-47 navigated through tiny island channels into the vast Royal Navy anchorage at Scapa Flow to wreak deadly havoc. Ask your guide too about the incredible events involving the German war fleet at Scapa Flow in 1919.

On the island of Lamb Holm, meanwhile, the Italian Chapel is a poignant leftover from WW2 when thousands of Italian POWs were held on Orkney. Wishing for their own place of worship, they threw together this wonderful structure from corrugated Nissen huts and cast-off timbers, before decorating its interior with lasting panache.

Return at the end of the day to Kirkwall for dinner at leisure.

Depart Kirkwall after breakfast by way of the Churchill Barriers to South Ronaldsay. Here you will hop aboard the foot passenger ferry to John o’Groats, a reminder of the original 16th century ferry run by Dutchman Jan de Groot who gave the place its name. The fare he charged (around 2p) also became the name of the coin known as a groat.

After the unmissable photo snap at what many erroneously believe to be Britain’s northerly extremity, your tour continues with visits to fascinating cultural and historical sites along this wild coastline.

Thrust into the Pentland Firth, Duncansby Head is another extremity – Britain’s most north-easterly mainland spot. A 1920s lighthouse provides a focal point, while the cries of countless seabirds fill the air. From here, a stroll across rough ground brings stupendous views to the dramatic Stacks of Duncansby.

Wend your way southwards with stops and refreshments en route to your destination: the wonderful town of Dornoch. Here your tour leader will bring to life centuries of history on a guided walk. Be prepared for yarns of witches and religion through to more modern tales of celebrity – Madonna wed Guy Ritchie at nearby Skibo Castle.

In the evening you’ll enjoy a farewell dinner with your tour companions, an opportunity to cement future friendships.

Your accommodation in Dornoch

Steeped in Scottish history and fascinating legends, this 15th century Castle is a comfortable base in this historic town. Situated opposite the 12th century Cathedral, rooms are divided between the old castle and a tasteful modern extension.

After a leisurely breakfast, you’ll transfer to Tain for the late morning train back to Inverness. The journey of just over an hour gives you a relaxing chance to contemplate the passing Highland scenery and reflect on the highlights of your unforgettable northern odyssey.

After fond farewells in Inverness, begin your homeward journey or perhaps we can help to extend your Scottish adventure? You may even choose to stay on longer in Dornoch – just let us know your thoughts at time of enquiry.

From time to time we may need to make minor changes to the itinerary, such as the specific places visited, but will always replace with alternatives of equivalent or higher standard. 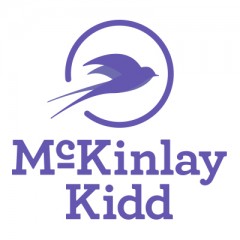 Awarded AITO's Tour Operator of the Year in 2019 (Bronze), 2018 (Bronze) and 2016 (Gold), as well as Telegraph Travel's 'Best Specialist Tour Operator 2017' based on customer reviews, McKinlay Kidd has spent years exploring the country. They have stayed in, eaten at, driven through, sailed across, and visited everything they recommend so that your experience of Scotland is as good as it gets. McKinlay Kidd designs tailor-made short breaks, celebratory trips, long excursions, self-drive holidays and small group guided rail tours. 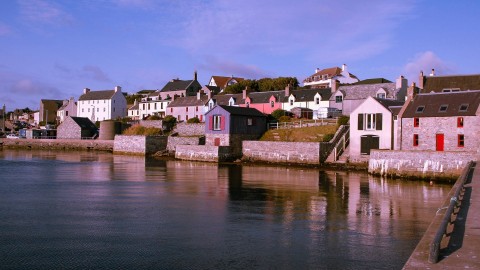 Explore the far-flung Northern Isles of Orkney and Shetland on this fly-drive ad... 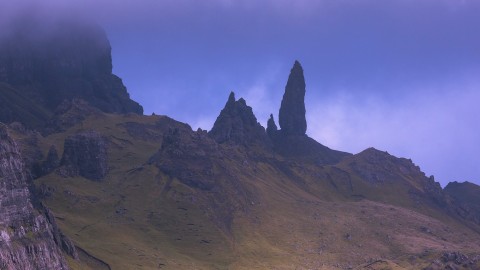 A leisurely fortnight long train tour of the Highlands and some islands. We c... 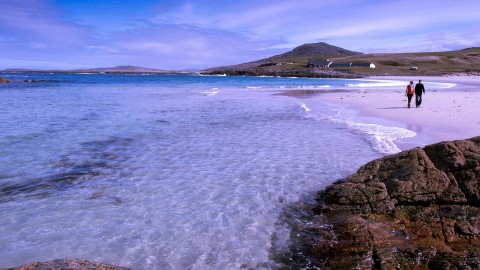 Experience Barra's beach airport & maximise your holiday time in the magical Out... 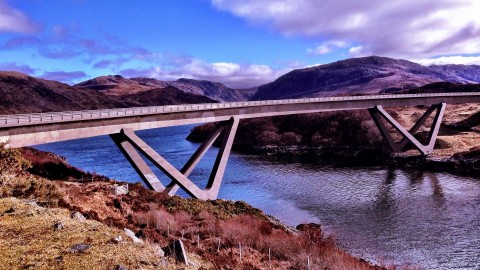 Experience Scotland's answer to Route 66 on our scenic self-drive tour of the No...