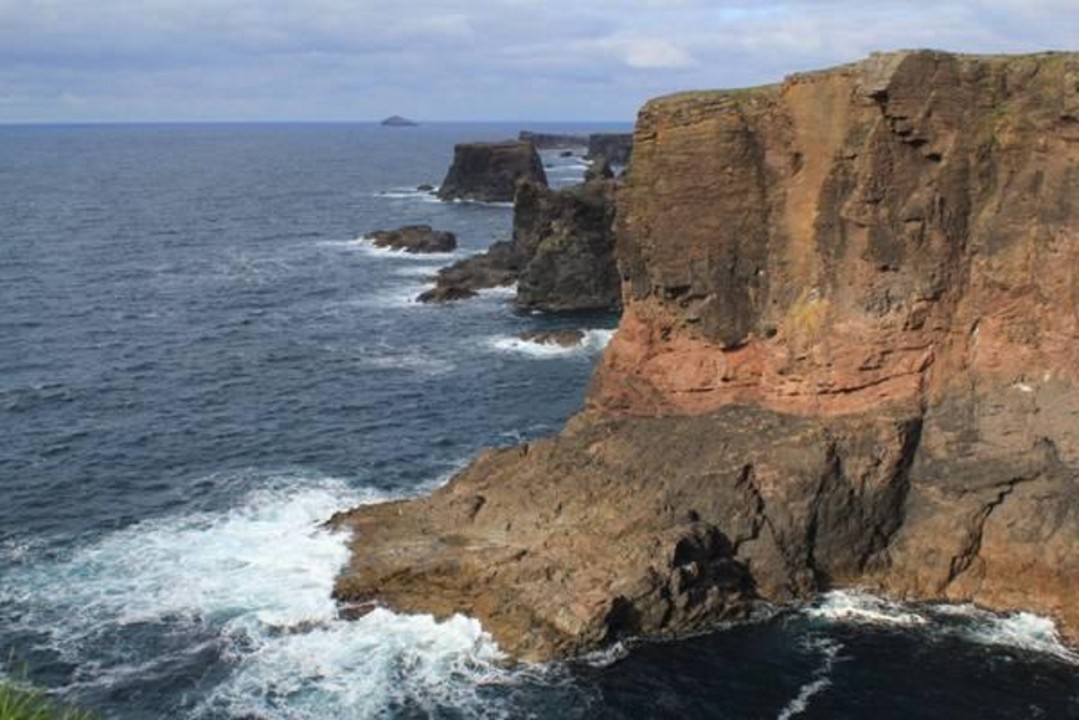 The north-west of Shetland (Northmavine) is undoubtedly the most rugged, wildest part of Shetland with some of the grandest scenery. The gateway to Northmavine is at Mavis Grind. 'Mavis' comes from the Norse word meaning 'narrow isthmus of land.' 'G

Beyond the 'Gate', the landscape dramatically changes, a reflection of the underlying geology. This area of igneous intrusive rocks is dominated by Shetland's highest point, Ronas Hill, 1,486 feet (450 metres) above sea level. It is formed from a very distinctive red granite intruded into the Earth's crust some 350 million years ago, (though more sophisticared techniques have caused this date to be revised to approximately 420 million years ago). Ronas Hill is home to some rare alpine plants though accessing them is beyond the scope of this tour! The steep, southern slopes drop abruptly into Ronas Voe, one of Shetlands two fjords. We visit Heylor, on the southern shore of the voe. At one time this was one of the most important herring stations in Shetland. It is also a good place for Otter spotting!

From Heylor, we travel west to the district of Eshaness and in doing so transit to the land of volcanoes. The road takes us to, and ends at, the Eshaness lighthouse. There at Calder's Geo, one can see the remains of an ancient volcano, active some 390 million years ago. The layers of ash, lava and agglomerate are still clearly visible.

A popular target for photographers is the 'Dore Holm', a natural arch made of the volcanic rock andestite. Nearby is the picturesque Beach of Stennes, one of the main 'Da Haaf' (Deep Sea) fishing stations in the 18th and 19th centuries.

Our trip north usually includes a visit to the Tangwick Haa Museum. At this point you will be introduced to a character from the past known locally as 'Johnny Notions', but more about that on the trip!! We then head back south to Lerwick and on the way catch a glimpse of the Sullom Voe Oil Terminal, the second largest in Europe.

* Note, the word voe is the term used in Shetland for a sea loch.

David can arrange to book lunches/snacks at the Braewick Café but cost is not included in package.

As with any tour of Shetland, flexibility is inbuilt, not least because of the weather. A good pair of walking boots is advised for this trip as well as warm, waterproof clothing. 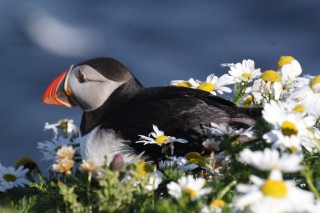 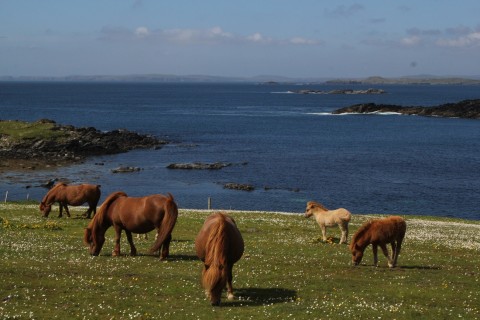 This shorter tour is particularly suitable for cruise-ship passengers. This t... 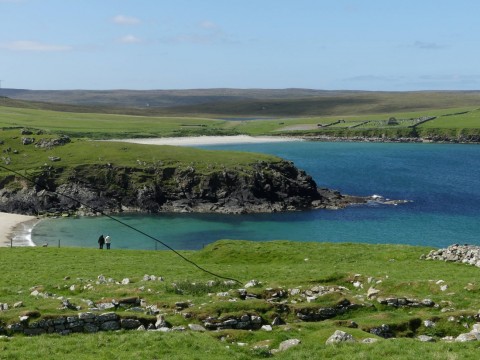