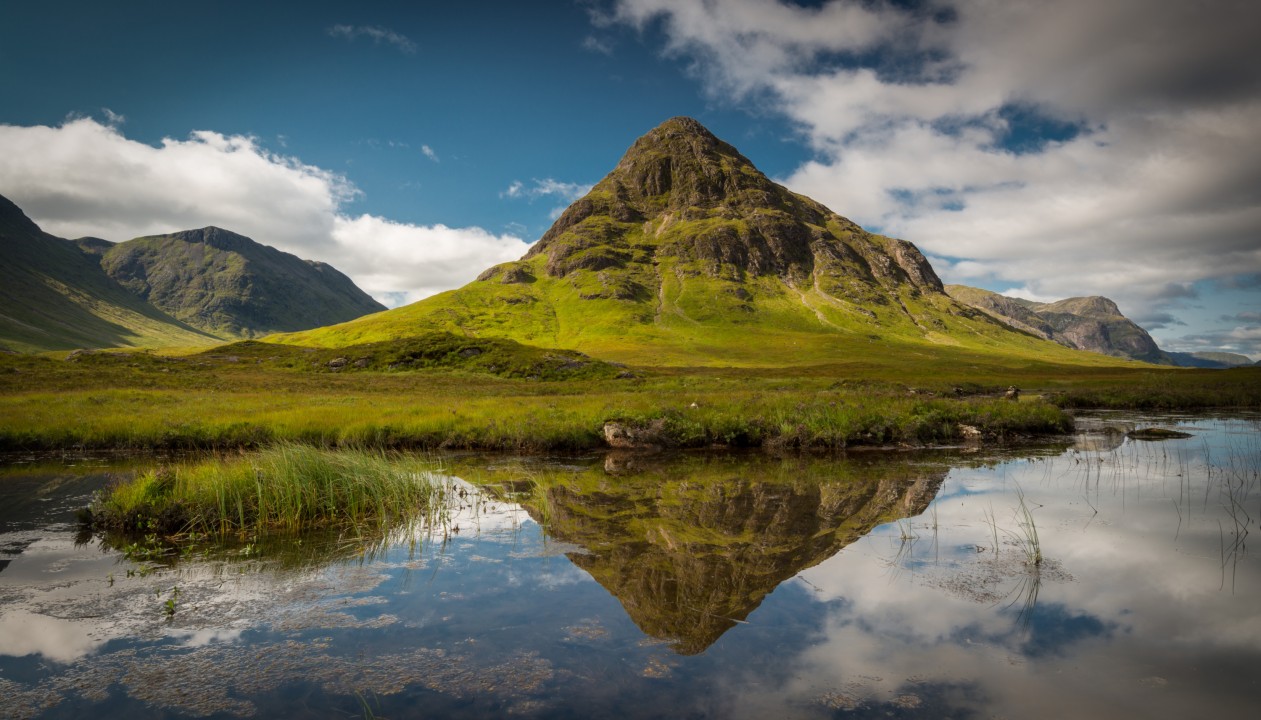 See epic ruined castles, listen to tales of old clan rivalries, and venture through brilliant mountain scenery on this tour to the Scottish Highlands.

Departing from Glasgow you travel northwest along the shores of Loch Lomond. Here you will cross the Highland boundary fault line where the scenery changes quickly and dramatically - the flat fertile plains of the Lowlands giving way to shimmering lochs, rugged mountain tops and forest-filled glens. It's easy to forget that this was once thought of as a dangerous frontier fought over by the fiercely territorial Highland clans such as the MacGregors, made famous by highland folk hero, Rob Roy MacGregor.

You will then take a leisurely drive over the at 'Rest and Be Thankful' mountain pass. It was given its name in 1753 by the weary soldiers who had just finished building the old military road up through Glen Croe (not to be confused with Glencoe which you will visit later in the day).

From here you will travel through the steep-sided mountains, known as the Arrochar Alps, to the picturesque harbour town of Inveraray on the shores of Loch Fyne, famous for the18th-century castle and home of the Duke of Argyll, chief of the Campbell clan. The town was built at the same time as the castle and is a classic 18th century planned village with its straight wide streets and dignified Georgian houses, designed by Robert Adam, famous for his architecture in Edinburgh’s New Town.

From here you will drive along the shore of Scotland’s longest loch, Loch Awe, where you stop for the short walk out to visit Kilchurn Castle (interior open from April to September), a magnificent ruin situated in the middle of Loch Awe and former home of the Campbells of Breadalbane.

You will then continue to the harbour town of Oban, gateway to the Isles, for lunch of your choice. After lunch you will then travel north along the west coast around Appin, passing the impregnable Castle Stalker, and into Scotland's most famous valley, Glencoe. Stunningly beautiful, with its dramatic cliff faces and steep slopes, Glencoe is infamous as the site of the Glencoe massacre in 1692. Following orders from King William, Scottish soldiers under the leadership of Captain Robert Campbell slaughtered 38 men, women and children of the Macdonald clan. This was especially shocking as the soldiers had been living with the people of Glencoe for two weeks and killed them in their own homes. Nobody was ever punished for this crime, as the King himself had signed the order, but the Highlands would never be the same again.

Travelling south as you pass the majestic peak of Buachaille Etive Mor (meaning 'the great shepherd of Etive') you descend towards the wild desolation of Rannoch Moor. At an altitude of over 1000ft, covered by heather and peat-bogs and dotted with dozens of lochs, it's a unique landscape.

From here you will then travel through Glen Falloch, and then drive south towards Loch Lomond. This is Scotland's largest loch and it takes its name from the mountain Ben Lomond on the eastern shore.

The last stop of the day will be in Luss, an 18th century conservation village with old workers cottages, built for the labourers of the Estate. From here you return to Glasgow.