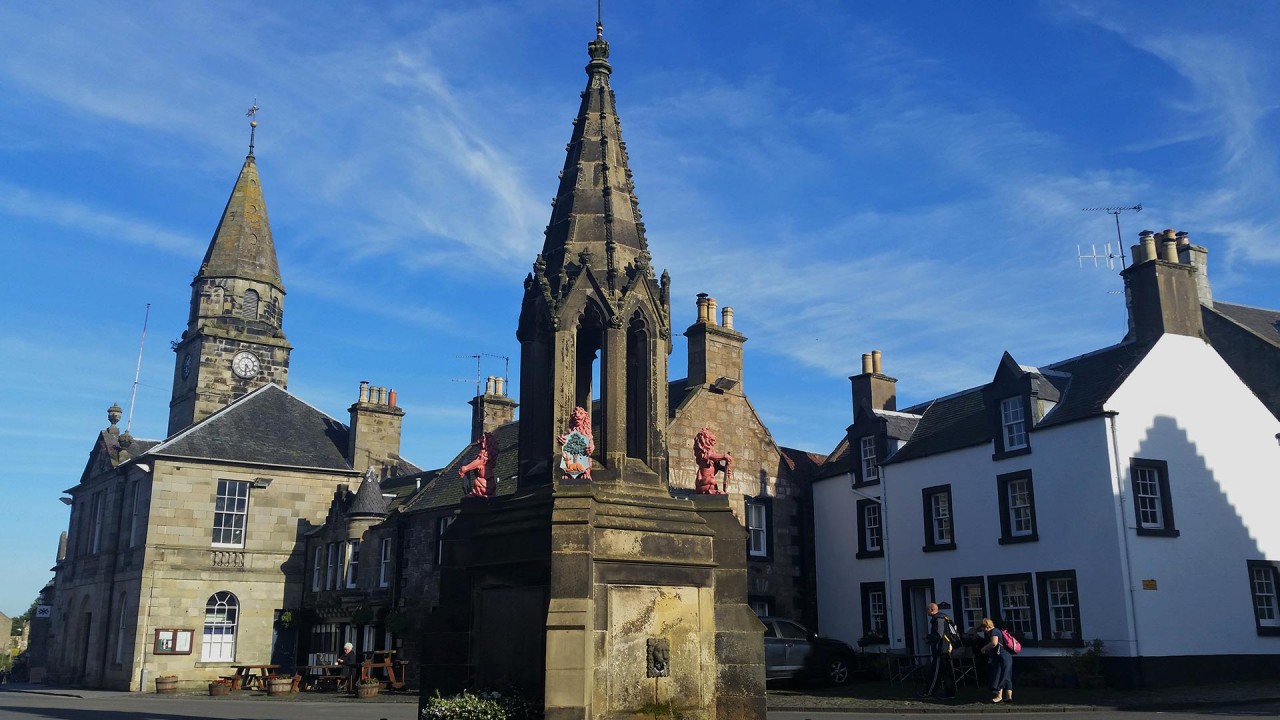 Follow in the steps of Jamie and Claire Fraser with this private tour by Nordic Visitor to discover the real Scotland behind Outlander. Journey through the famous landscapes, ancient ruins, and old settlements you may recognise from the TV series.

This private tour will take you along the Outlander Trail, from the historical capital Edinburgh into the Highlands, passing by the many locations that inspired Diana Gabaldon in writing the books and were featured in the TV series. Your private guide will recommend and adjust stops along the way based on what you want to see and do.

Upon your arrival in Edinburgh, you will be greeted by a private driver who will take you to your hotel in the city centre. For those arriving early in the day, we recommend spending the afternoon walking through the city, strolling along the Royal Mile and exploring the Old Town and New Town, a UNESCO World Heritage Site. There are also plenty of museums and landmarks to visit within the city centre, including St Giles Cathedral and Edinburgh Castle.

Spend the day delving deeper into the culture and history of Edinburgh. This way you can visit more of the local Outlander filming locations. You may recognise the World's End Pub and Holyroodhouse Palace at the bottom of the Royal Mile. Toward the top of the town, you could go for afternoon tea at the Signet Library, another filming location from season 3.

You could also spend the day visiting Glasgow. Much of the Randall's time in Boston was filmed in Scotland's largest city.

Spend another night in Edinburgh.

DAY 3: INTO THE KINGDOM OF FIFE

Today your private tour guide will pick you up from your hotel in a comfortable vehicle. You will have the option to stop at Hopetoun House, which stands for the residence of the Duke of Sandringham. Later, visit Blackness Castle, which stands as Fort William in the series. You'll cross into Fife and you can visit as much as time allows. You'll definitely recognise the historic towns of Culross and Falkland from the series.

Spend the night in Fife.

Today you head into the rugged Highlands. Before arriving in Inverness, there are many stops you could make, including the Highland Folk Museum, which was used as a Mackenzie village in the series. Later, you can retrace the fictional story of Jamie at the Battlefield of Culloden Moor, and learn about the very real faith of the Highlanders of 1746. Nearby, visit the ancient Clava Cairns tombs and standing stones, the inspiration for Craigh na Dun.

Pretend you're on your "Outlander honeymoon” and visit Inverness this morning. You'll also have some time to visit the nearby ruins of Beauly Priory, also featured in the series. Later, your guide will take you south to Loch Ness. Here you can pop by the Loch Ness Centre and Exhibition to learn more about the lake and its elusive monster, or visit the Urquhart Castle ruins on the shores. You can also opt to take a detour to admire the picturesque Glen Affric, which is reminiscent of season 1 when Jamie and Claire journey across the Highlands.

DAY 6: TRAVEL PAST GLENS AND LOCHS

Today’s drive will take you through the Loch Lomond and Trossachs National Park back to Edinburgh. If you didn't have time earlier during your tour, you could opt to spend your last night in Glasgow to visit Scotland's largest city.

First, you'll get to marvel at the impressive views of Glen Coe. Later on, you'll have a choice of a few activities, from enjoying a boat tour on Loch Katrine, to tasting the local flavour at Deanston Whisky Distillery, and stopping for a fun photo opportunity at Doune Castle, the one and only Castle Leoch. 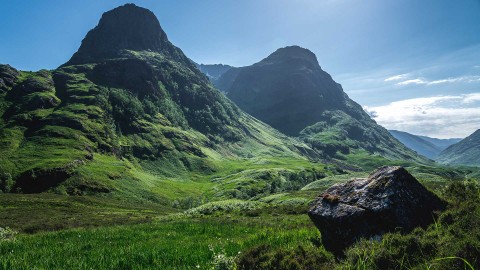 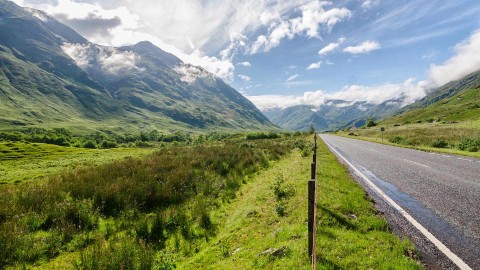