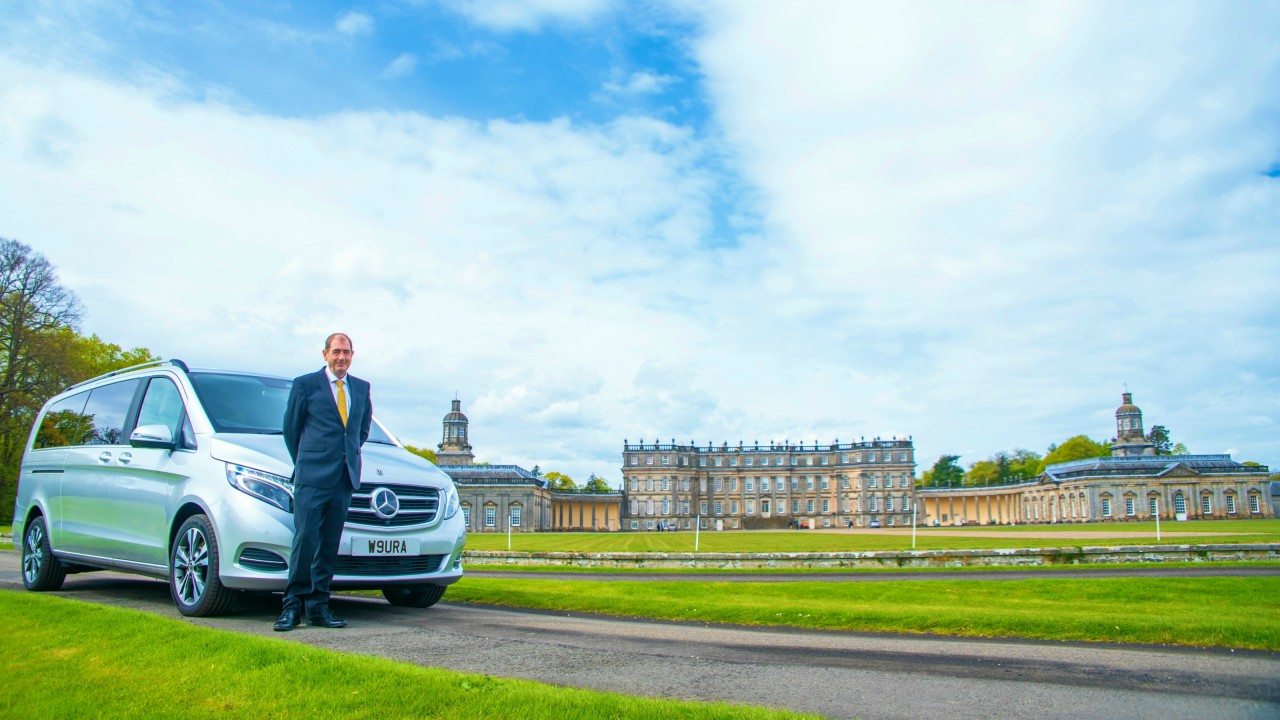 Your Outlander Sightseeing Tour follows the footsteps of Jamie & Claire across the filming locations from the Outlander Series, visit the sights that inspired this tale. With a Door to Door service from Glasgow & tailored to your needs

See the sights that inspired the story of ‘Outlander’ and tour the places where the series was filmed. This private tour caters to you, keeping your comfort in mind at all times as you are chauffeured from your hotel or the cruise ship port in a luxury vehicle. Visit the sets that stood in for Mrs. Baird’s B and B, Castle Leoch, the village of Cransemuir, Wentworth Prison and Fort William. Your guide will share stories of Scotland as you travel.

Linlithgow Palace, was used to represent the infamous Wentworth Prison. It is here that Jamie is tortured and raped by Captain ‘Black Jack’ Randall.

The 15th century fortress of Blackness Castle which doubles as the setting for the Fort William headquarters of Black Jack Randall and the heart-wrenching scene of Jamie’s incarceration. With views of the Forth Bridges as a backdrop Blackness Castle is a great opportunity for photos too.

One of the finest examples of Scotland’s grand architecture, the splendid Hopetoun House, on the outskirts of Edinburgh, doubled as the stately home of the Duke of Sandringham in season one; provided the backdrop for Parisian streets, the spare room in Jamie and Claire’s Paris apartment, and the Hawkins Estate in season two and Ellesmere and the stables at Helwater in season three. Interesting fact: in real life the house is vast compared to how it appears in the TV show, as some of its wings were digitally erased. Access can sometimes be gained to Lallybroch Midhope Castle too for photos, this is subject to the day and not guaranteed. Open: April to September

Forth Road Bridge (Pass By):

As your tour heads North admire magnificent views across the Firth of Forth as you drive north to Fife. Keep a look out for the UNESCO-listed Forth Bridge as you cross the Forth Road Bridge, then soak up the scenery as you wind through the countryside.

Arriving in Falkland (Inverness 1946 in Outlander), is where you can see Mrs Bairds Bed and Breakfast as The Covenanters Hotel situated in the heart of the historic village opposite the recognizable ‘Bruce fountain’ and Falkland Palace with the Lomond Hills as the dramatic backdrop. Stop here to enjoy refreshments in the coffee shop before taking a walk around the village square to see the village parish church which was renamed Dalneigh Parish Church for the series.

Next we make our way to the filming location of The Royal Burgh of Culross, a town that time has passed by, which lies on the banks of the River Forth and was the location for the fictional village of Cranesmuir. The town centre dates back to the 16th Century and it is at Culross Palace that you will find Claire’s herb garden and many of the buildings that star in the show. It is the most complete example in Scotland today of a Burgh of the 17th & 18th centuries.

Leaving Culross now travel to Castle Leoch, home to the fictional Colum MacKenzie and the MacKenzie clan, in the beautiful little town of Doune. Doune Castle was built around 1400 by Robert Stewart, 1st Duke of Albany, Earl of Menteith and Fife, a magnificent late 14th century courtyard castle. It plays a leading role in the show standing in for the fictional Castle Leoch, home to Colum MacKenzie and his clan in the 18th century episodes, and if you want to see the famous backdrop where Claire’s mysteriously disappears through the standing stones Its most striking feature is the 100ft high gatehouse which includes the splendid Lord’s Hall with its musicians’ gallery, double fireplace and carved oak screen and you can hear the stories of the making of Monty Python and the Holy Grail which was also filmed at the castle

Your day is planned to cover the sights and attractions from the Outlander TV Show at your pace, with no waiting for other passengers. This is your Tour and as it is your day if there is something you really want to see Aura will ensure it is added to your itinerary. With so many places to visit our sightseeing excursion allows you to sit back and relax in luxury taking in the stunning scenery and if you want to stop you can. Just remember this is Your Day Your Way!