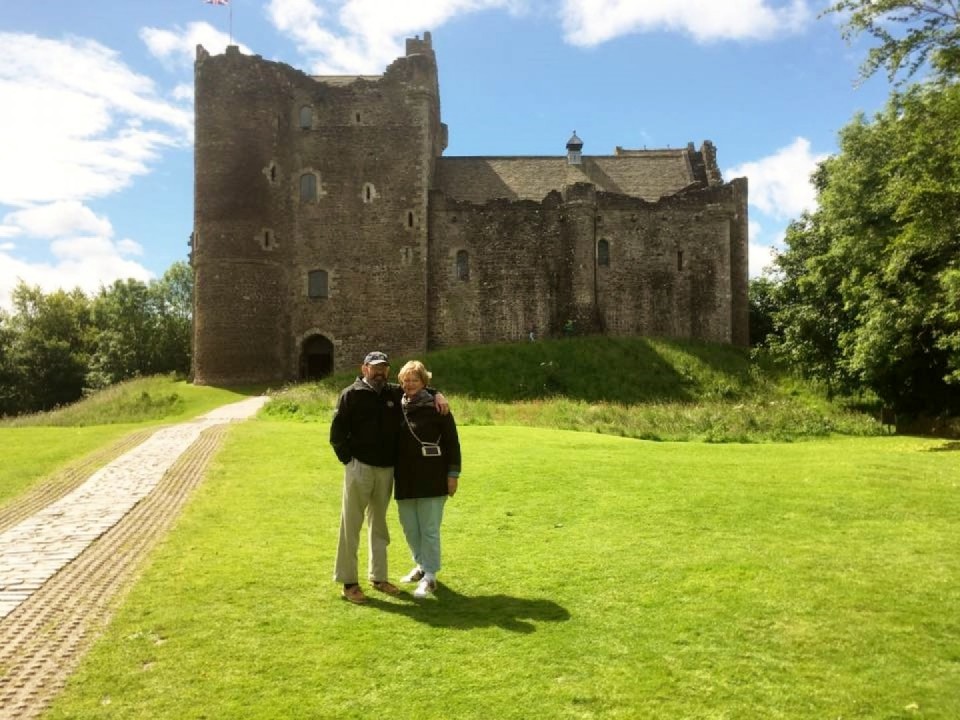 A tour guide who has watched every series, visited every venue and even featured as an extra along side Jamie and Claire! Detailed maps, itinerary, i-pad stills from every series. We will visit as many venues as possible in a full, fun packed day.

Follow the footsteps of Jamie and Claire across the filming locations from the Outlander series and visit the sights and attractions that inspired this tale in a day tour from Edinburgh or Glasgow. You will begin your journey at the filming location of The Royal Burgh of Culross, a town that time has passed by, which lies on the banks of the River Forth and was the location for the fictional village of Cranesmuir. The town centre dates back to the 16th Century and it is at Culross Palace that you will find Claire’s herb garden and many of the buildings that star in the show. It is the most complete example in Scotland today of a Burgh of the 17th and 18th centuries. The Town House was built in 1626 and was the administrative centre of Culross with a tollbooth and witches' prison. The old buildings and cobbled streets create a fascinating time warp for visitors. Explore the beautiful refurbished Palace which dates from 1597 with its splendid interiors, featuring painted woodwork, and 17th- and 18th-century furniture and take a wander around the authentic early 17th-century palace garden, enjoying some refreshments in the Bessie Bar tearoom.

Visit all the locations in every Outlander Series view them on the I-pad and stand in the same locations. You receive a full itinerary to keep as well as a list of every filming location and maps. Rodney Johnston has watched every series, visited the locations and appears as an extra in Outlander 3.

Falkand, (Inverness 1946 in Outlander), is where you can see Mrs Bairds Bed and Breakfast as The Covenanters Hotel situated in the heart of the historic village opposite the recognizable ‘Bruce fountain’ and Falkland Palace with the Lomond Hills as the dramatic backdrop. Stop here to enjoy refreshments in the coffee shop before taking a wander around the village square to see the village parish church which was renamed Dalneigh Parish Church for the series and further along the road, Greenhouse Chinese Restaurant became Farrell's Hardware and Furniture Store. Internal boards concealed the real interior, while its windows were stocked with authentic period merchandise. Lomond Pharmacy was transformed into Campbell's Cafe. Bizarrely, this appears to have become a permanent fixture. A real life Campbells Coffee House opened in the same building, as soon as the Outlander film crew left! Meanwhile, next door, Violin Shop Falkland was changed into H. Allingham's Music Shop.

Leaving Falkland now travel to Castle Leoch, home to the fictional Colum MacKenzie and the MacKenzie clan, in the beautiful little town of Doune. Doune Castle was built around 1400 by Robert Stewart, 1st Duke of Albany, Earl of Menteith and Fife, a magnificent late 14th century courtyard castle. It plays a leading role in the show standing in for the fictional Castle Leoch, home to Colum MacKenzie and his clan in the 18th century episodes, and if you want to see the famous backdrop where Claire mysteriously disappears through the standing stones Its most striking feature is the 100ft high gatehouse which includes the splendid Lord's Hall with its musicians' gallery, double fireplace and carved oak screen and you can hear the stories of the making of Monty Python and the Holy Grail which was also filmed at the castle.

A quick photo-stop at Linlithgow Palace which stands in for the prison entrance and corridors before visiting nearby the 15th century fortress of Blackness Castle which doubles as the setting for the Fort William headquarters of Black Jack Randall and the heart-wrenching scene of Jamie’s incarceration before returning to the capital.

Preston Mill in East Linton is the location which features as the mill on the Fraser estate (Lallybroch) that Jamie goes to repair while visiting his family home. When Redcoats arrive unexpectedly, Jamie hides underwater as Claire and his sister try to distract them. The Mill’s exhibition room was transformed into the ante-room at the court, used for the preliminary hearing of Claire and Geillis when they are accused of witchcraft. The stone circle scenes in Outlander were filmed on the banks of Loch Rannoch in Perth and Kinross. The actual aspect viewed is across Loch Rannoch, looking towards Black Mount, Lochan na h-Achlaise, Stob Ghabhar and Clach Leathad on Rannoch Moor.

It is Bo’ness & Kinneil Railway which was transformed into the 1940s London train station where Claire and Frank say their goodbyes.You can enjoy afternoon tea during the Summer months on a steam train and railway line.The Highland Folk Museum in Newtonmore houses replicas of 18th century turf-roofed Highland crofts making it perfect choice for the period scenes. You can see them in the scenes filmed in and around the Mackenzie village, as well as the background of the scene where Claire, Jamie and his clansmen shelter in the first episode, and later when Dougal collects the rent. 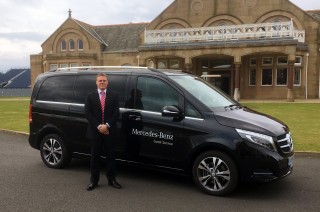 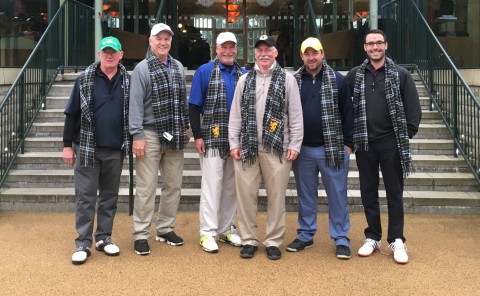 I drive a 7 seater V-Class Mercedes-Benz my colleague also has a V-Class, we can...