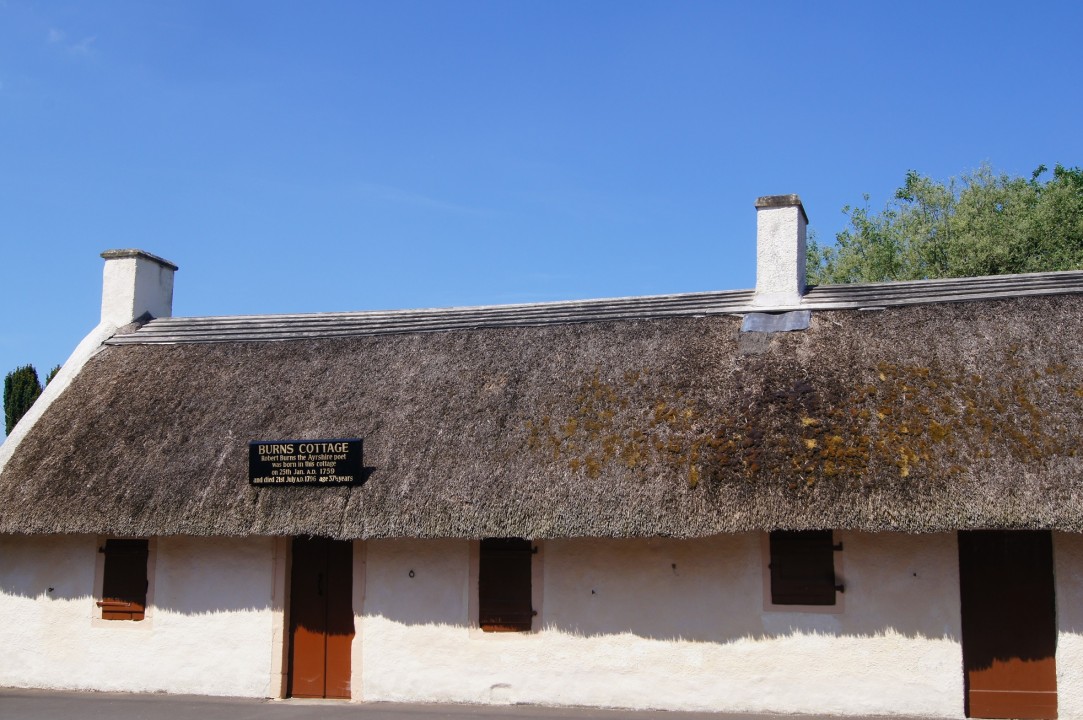 Private tours for between 1 and 4 visitors of locations associated with Robert Burns. Tours are tailored to the wishes of individual clients and can include recitals of some of Burns' most famous works, such as Tam O'Shanter and Holy Willie's Prayer.

John McEvoy is an established speaker at Burns events who also offers private tours of locations associated with Scotland’s national poet, Robert Burns. John will be happy to liaise with you to confirm your itinerary, pick you up at your hotel or arrival point and guide you through your day’s Burns experience.

At appropriate points in the tour John will recite some of Burns’ best known works - just imagine having Tam O’Shanter recited for your personal enjoyment in the grounds of the Auld Kirk at Alloway, or on the nearby Brig o’ Doon, where Tam and Maggie escaped the clutches of the witches.

The tours are tailored exactly to your wishes, and should include his birthplace of Alloway, where you can see the cottage where he was born in 1759 and walk along the Poet’s path to the ruins of the Auld Kirk where the over-refreshed Tam encountered the horde of witches, and on to the Brig o’ Doon and the magnificent Burns National Monument, set in the beautiful Memorial Gardens. Take a short detour to walk through the fascinating Robert Burns Birthplace Museum where you can see the desk where he wrote many of his songs and poems as well as original manuscripts of his works. Afterwards you can have a lunch of haggis, neeps and tatties in the museum café.

You can also visit the Robert Burns House Museum in Mauchline, where Burns and Jean Armour lodged while their farm at Ellisland in Dumfries was being prepared for occupancy, and which sits about 14 miles to the north-east of Alloway. It contains many of Burns’ original manuscripts, including an early version of Holy Willie’s Prayer, and the bedroom that Rabbie and Jean shared has been reconstructed to resemble how it would have looked in 1788. You can also visit the still-standing Poosie Nansie’s hostelry, which was the scene for his poem The Jolly Beggars, or even visit Holy Willie’s grave, where his remains lie just a few feet from those of his nemesis, Gavin Hamilton.

The Bachelors Club in Tarbolton, where Burns honed his debating skills, and, in preparation for his move to Irvine, entered the world of Freemasonry is a short detour from the route.

Other important sites well worth visiting include Dumfries, where he spent the final years of his life. Here you can take a tour of the sites in the town associated with Burns, like the beautiful Burns Mausoleum where he lies buried, the Globe Inn, where he was a frequent visitor, and the house in Mill Street, where he lived for the final three years of his life. There is also the excellent Robert Burns Centre and Film theatre a short walk away on the other side of the River Nith.

On route you can stop off at Ellisland Farm where Burns wrote many of his most famous works, including his epic poem Tam O’Shanter and the internationally adopted Auld Lang Syne.

Irvine, where Burns lived over the winter and spring of 1781-82, and first seriously considered the idea of having his works published, hosts a number of sites associated with Burns, and Greenock, home of the Mother Club, the world’s oldest Burns club, hosts the Greenock Burns Club Exhibition at the Customs House. This free exhibition is open on Saturdays between 12.00 noon and 2.00pm and on days when cruise ships call into Greenock.

To arrange a bespoke tour email John at john.mcevoy@hotmail.co.uk or complete the contact form on his website www.burnssupperspeaker.co.uk

Many of the sites associated with Robert Burns do not charge an admission fee. Please note, however, that the cost of the tour does not include entry to those sites that do. 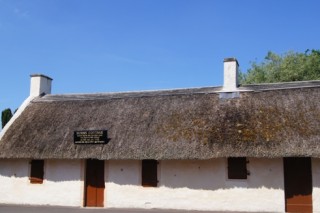 John McEvoy is a Burns speaker who offers private tours for between 1 and 4 visitors of locations associated with Robert Burns. He will liaise with you to confirm your itinerary, pick you up at your hotel or arrival point and guide you through your day’s Burns experience. Tours include recitals of some of Burns’ most famous works. All tours are arranged to the requirements of each client and can include visits to his birthplace of Alloway and other significant locations in the life of the bard, such as Dumfries, and Mauchline. Further details at www.burnssupperspeaker.co.uk/robert-burns-tours