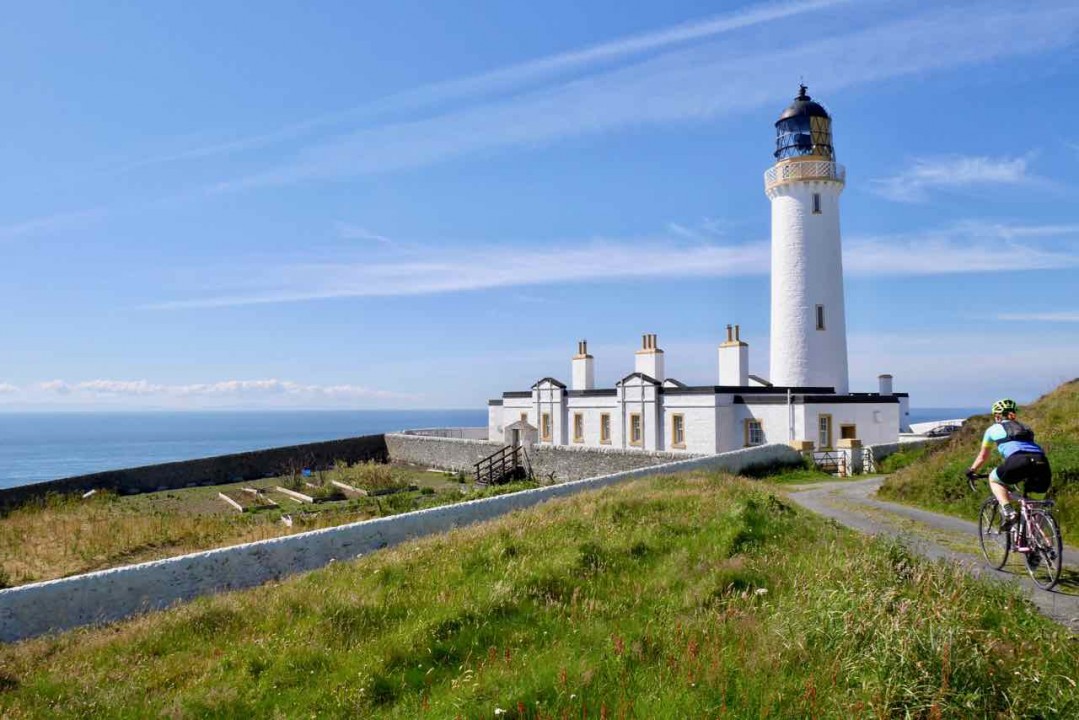 A great self-guided bike tour along the magical Solway coast of Scotland. Start at the wild cliffs of the most Southerly point of Scotland and finish at the English border at Gretna Green. Get your luggage transported and looked after by us.

A great self-guided bike tour that starts at Scotland's most southern point of Scotland, the Mull of Galloway. 200 miles later it ends at the border with England in the famous border town of Gretna Green.

It is said that you can see 5 countries from the cliff tops at the Mull, where you start, with Ireland to your right. There are stone circles and further on the signs of first Celtic Crosses and Christian pilgrim routes. St. Ninian's predates Iona by almost 250 years and still attracts the faithful.

Take your time and enjoy browsing the bookshops in Scotland's Book Town of Wigtown. The route finds the quiet roads away from the coast for a while in the Galloway Hills between Newton Stewart and Gatehouse of Fleet.

Kirkcudbright, the ' Artist Town ' always has something creative happening. Dundrennan Abbey, where Mary Queen of Scots stayed her last night before sailing for England.

Ahead is what the Victorians called 'the Scottish Riviera' with its sandy beaches imposing houses and yacht harbour. See where the Father of the US Navy, John Paul Jones was born and thousands left during the clearances in search of hope and a new life.

Sweetheart Abbey and the Dumfries grave of Robert Burns, as well as the Children's Literature Centre Moat Brae in memory of Peter Pan's creator J.M Barrie. Now you enter the fertile flat lands and the path of invasion for Romans, Vikings and English forces. You might want to stop for a last dram at the Annandale Distillery before you finish at the border with England, the "wedding town" of Gretna Green.

You ride from West to East with the wind mostly at your back. We take care of everything and move your bags so you can relax. We make sure you arrive with a big smile having biked through the most wonderful part of Scotland.

Bring your own bike or rent a quality hybrid or eBike, you are going to love this route. 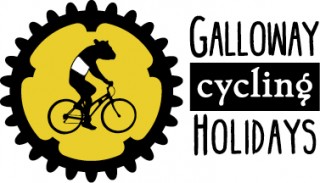 We are a small company and passionate about cycling and this land. We are the winner of the 2019/2020 Visit Scotland's Thistle Award as Best Outdoor/Adventure company in the region West and finalists for the national award. Based in the beautiful South West Scotland we are spoilt for choice: quiet lanes & tracks perfect for leisure cycling and gravel riding. Explore the Galloway Highlands, Upland moors & coastal regions. We provide bespoke guided and self-guided bicycle tours, move your luggage and hire bikes so you can relax and enjoy this land in Scotland made for cycling. 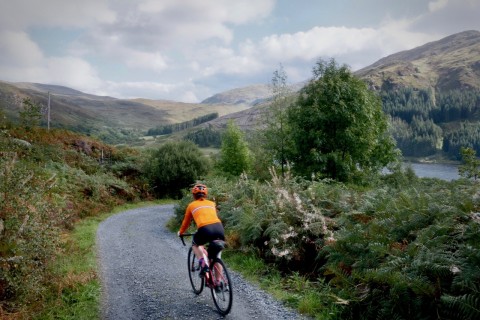 Guided gentle off-road gravel cycling for 2 days - along the coastal paths, or a... 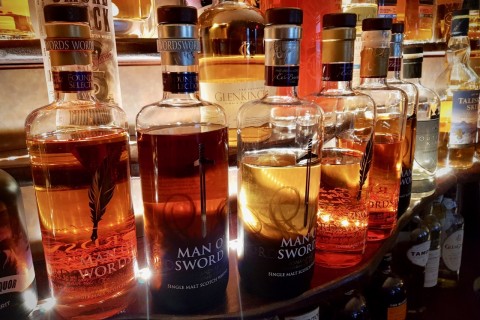 A quality Scottish bike tour: We teamed up with the world-class Annandale Distil...