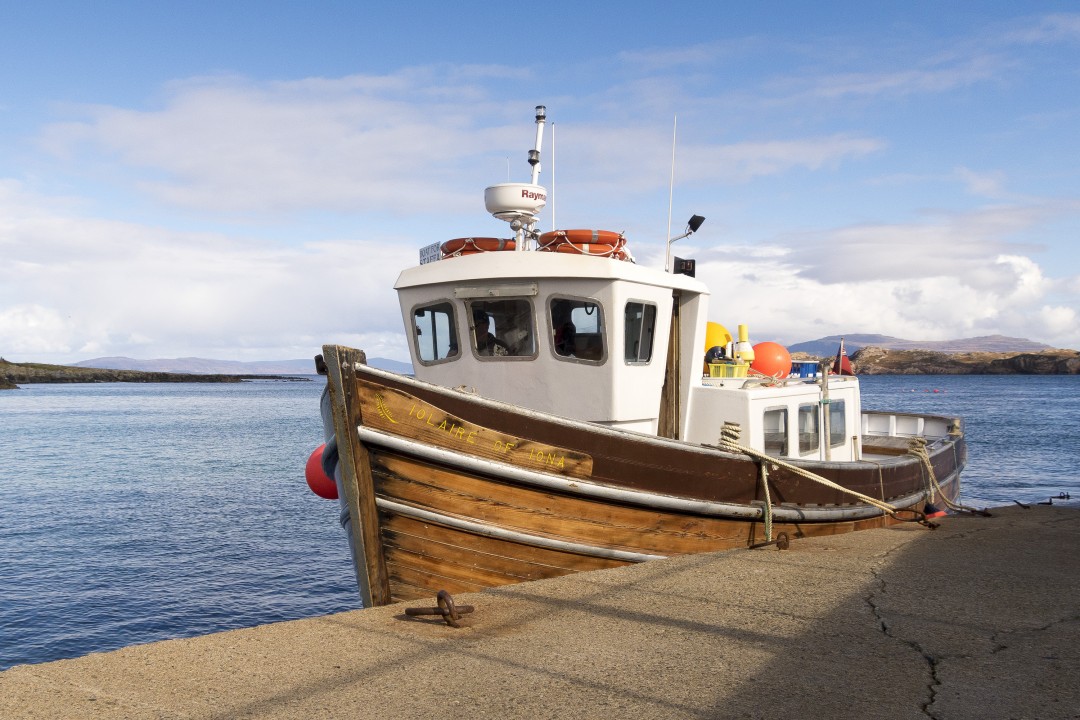 Staffa Trips take visitors twice a day to the Isle of Staffa where they can visit the spectacular Fingal's Cave and see the extensive bird life including puffins. Trips depart from Iona and Fionnphort

The afternoon trip departs Iona at 13:45. We call in at Fionnphort to collect passengers embarking there and depart again at 14:00. We expect to be back in Fionnphort by 17:00 and Iona shortly afterwards.

The Isle of Staffa - off the West Coast of Scotland - is a beautiful uninhabited island, famous for its basalt columns, sea caves and bird life.

Over the years it has captivated thousands of people including Johnson and Boswell, Queen Victoria, Robert Louis Stevenson, Walter Scott, Jules Verne and Joseph Banks.

Fingal's Cave is always splendid and atmospheric with its basalt columns being formed during a period of volcanic activity 60 million years ago.

Puffins can be seen ashore from early May to early August as well as shags, oystercatchers, and black guillemots. We often see guillemots, razorbills, fulmars,kittiwakes, shearwaters, gannets, great skuas and other birds from the boat. If you are lucky you may see a passing otter, porpoise, dolphin, basking shark or whale.

It is a 45 minute journey to Staffa. When we arrive we will sail along the south coast, below the 'Great Face', pointing out the various sea caves and giving commentary on the geology and history.

Assuming favourable weather conditions, we will land on Staffa around 15:00, giving at least an hour ashore, before picking you up for the return journey.

We expect to be back in Fionnphort by 17:00 and Iona shortly afterwards.Passengers can disembark at Fionnphort or Iona.

Fionnphort & the Ross of Mull Isle of Iona 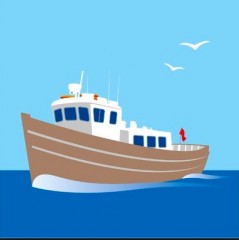 The Iolaire of Iona takes visitors to the beautiful Isle of Staffa twice a day from 1st April to mid October. Visitors can be picked up from Iona or Fionnphort and will get to spend 1 hour ashore (weather permitting) to visit Fingals Cave and to see the Puffins. 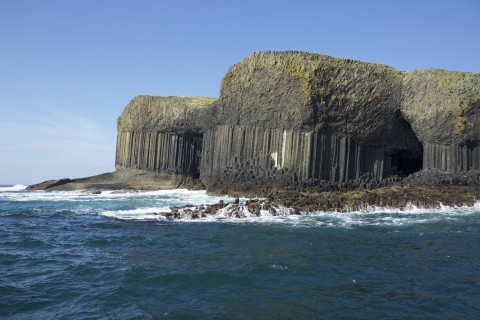 Departs: Fionnphort & the Ross of Mull, Isle of Iona

Staffa Trips take visitors to the Isle of Staffa twice a day from April to Octob...