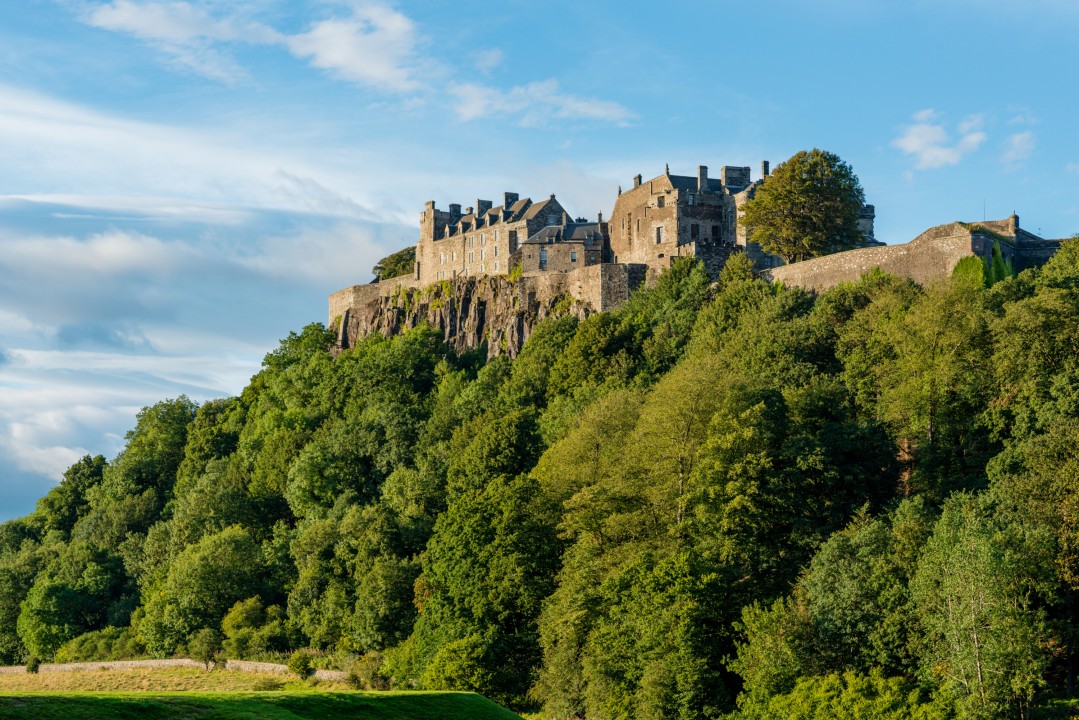 Journey into the Highlands and the heart of Loch Lomond on this tour from Glasgow.

Your route north to Stirling is one which has been used for thousands of years by invading armies. It was the northernmost frontier of the Roman empire, and was later used by the English King Edward I, as he marched proudly towards Stirling (only to be sent homewards to think again!). As you approach Stirling the magnificent castle dominates your view and you make your way up towards the high volcanic rock where it imposes itself upon the surrounding land. Known as the ‘Key to Scotland’, for centuries this was the most important castle in Scotland and the views from the top make it easy to see why. To the north is the 220ft high tower of the National Wallace Monument commemorating Scotland’s great hero William Wallace, played by Mel Gibson in the Oscar-winning movie Braveheart. From the castle you can look down over the scene of Wallace’s greatest triumph, the battle of Stirling Bridge, where he defeated the English army in 1297.

To the South is Bannockburn where, in 1314, the great Scottish warrior-king Robert the Bruce defeated the English army of Edward II. The battle was fought for possession of Stirling Castle but eventually led to a far greater prize for Scotland – the restoration of independence. It’s an area alive with history and you stop at the castle to visit and give you time to soak up the history and heritage of this great site.

From Stirling you travel into the Highlands to an area known as the Trossachs National Park. Often referred to as ‘The Highlands in Miniature’ it marks the point where the Lowlands meet the Highlands and entering this beautifully picturesque area feels like going into a different country. With its shimmering lochs, rugged mountain tops and forest-filled glens it’s easy to forget that this was once thought of as a dangerous frontier fought over by the fiercely territorial Highland clans. You stop here for lunch in the heart of the National Park where you can enjoy the magnificent nature all around you.

After lunch you ‘take the high road’ or back-road to Loch Lomond. At over 22 miles long, five miles wide at its widest point, and with more than 30 islands, it is Scotland’s largest loch. It takes its name from the mountain Ben Lomond on the eastern shore.

Following a walk out along the West Highland Way you travel onto the picturesque Distillery of Glengoyne, one of the leading ‘Malt Whiskies ‘in Scotland, where you have the option to tour the Distillery or enjoy the refreshments that are on offer at their ‘Slainte Mhath Shop’. Then it's just a short drive back to Glasgow.