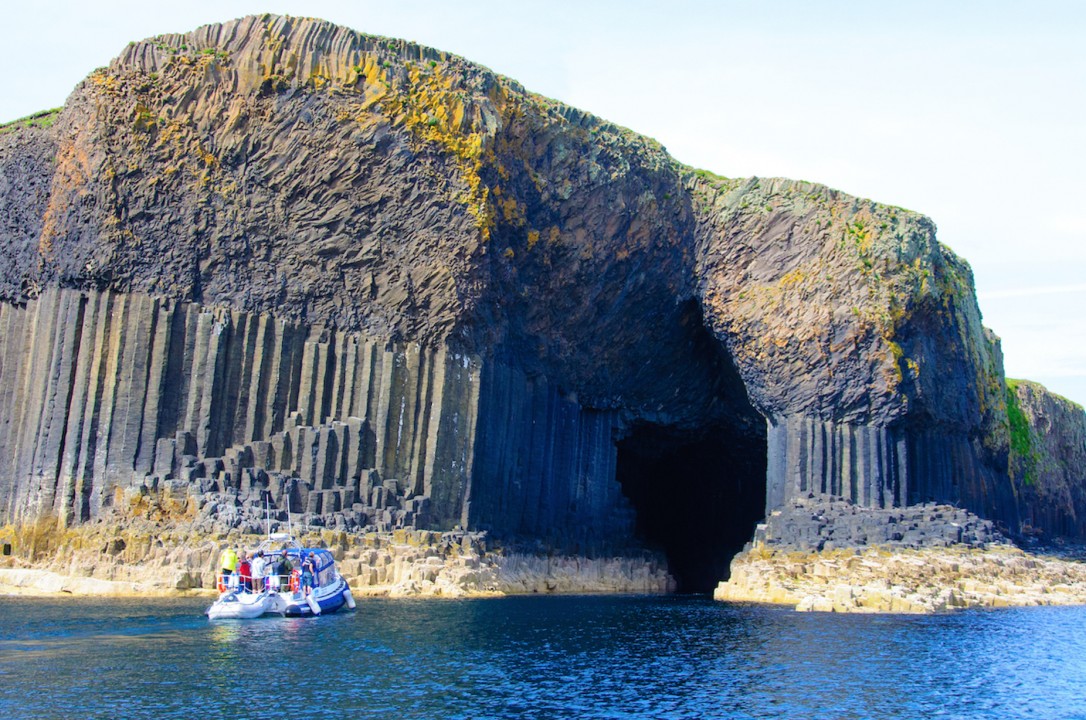 Ready to swim Fingal’s Cave? The basalt columns and 60m long chasm which forms the cave is a stunning piece of geology and an swim of epic proportions.

The main Fingal’s cave, along with all the smaller caves around the island provide amazing opportunities to see the geology and spectacle of the location at sea level. Either by snorkel or by swimming, you can see an entirely different perspective. Floating in the mouth of the cave, it’s stunning to look straight up the basalt pillars and rock formations then dip your head under water and see the colonies of marine life. Some of the offshoot caves have smoothed rock faces and geology that has to be seen to be believed.

Another way we like to explore the area is via kayak or SUP. Deploying from our large RIBs you can easily paddle around the cave to marvel at the spectacle from water level without getting too wet!

We usually visit Fingal’s Cave during our multi-day tours of the Hebrides, however we organise specific swimming tours here as part of a larger itinerary. Staffa is exposed to the Atlantic weather so even in calm periods you can still have a big swell, so to guarantee a swim you need to spend a few days in the area to catch a weather window. The cave is around 3 hours by our fast boats to reach from Oban; when based on Coll it’s only around 30-45min away.

We are also offering this as a day tour from Oban or Tobermory (Mull), however it's at least a 10 hour tour and around 100miles so it's an expensive trip with minimum numbers required. Of course if we have settled weather and enough people then you're in for a total epic day with all the place and wildlife to see along the way. 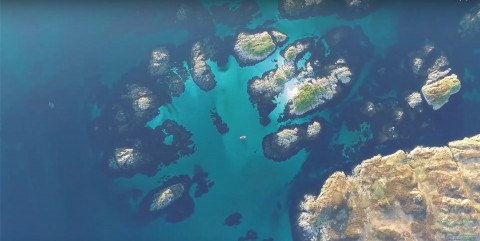 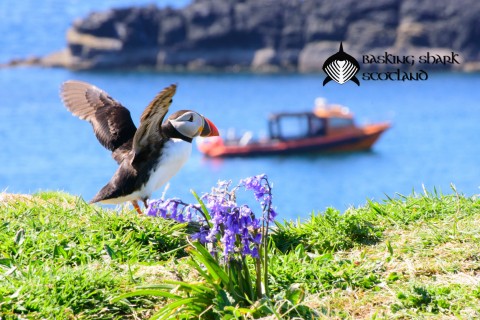 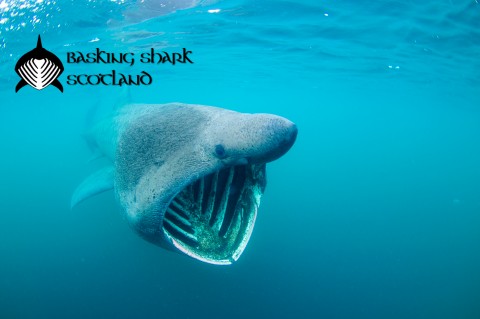