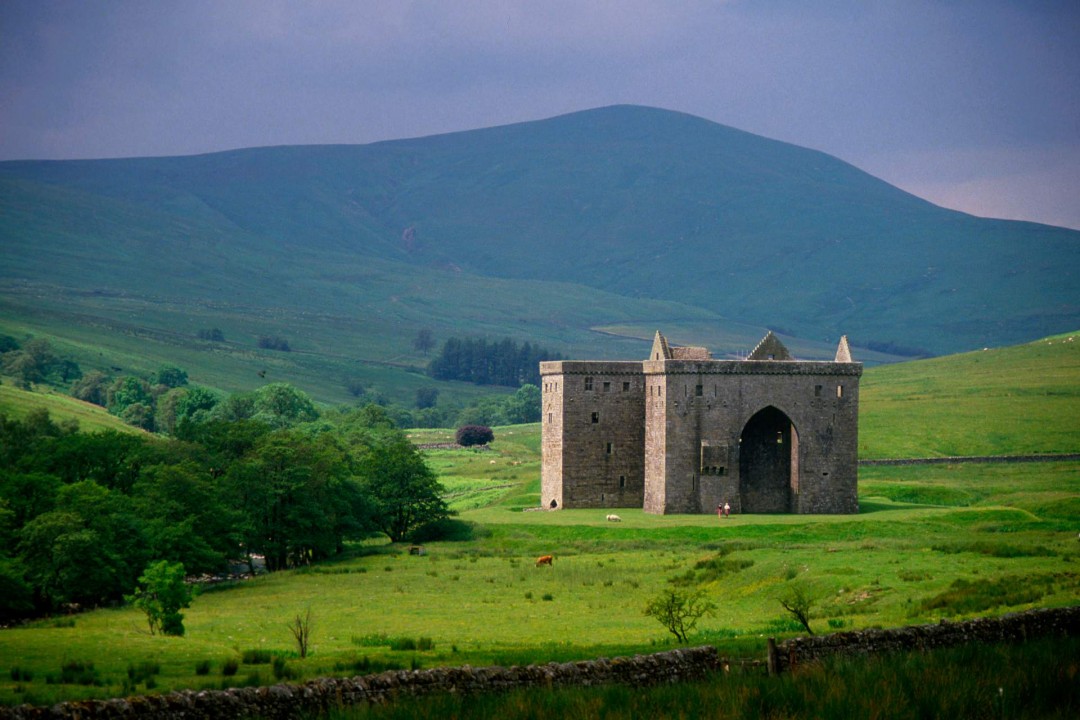 Follow the Border Reivers to Teviothead, Hermitage Castle and Liddesdale, "the bloodiest valley in Britain". Then to Newcastleton, Canonbie and Gilnockie Tower, seat of the Armstrongs.

We see typical Border scenery and typical Border strongholds. We are also following in the footsteps of Jamie Telfer of the Fair Dodheid, hero of a classic Border ballad telling of cattle reiving and revenge. The ballads were meant to be sung unaccompanied and we hear a few verses, beautifully sing in traditional style. We also hear a bit about life in the 16th century from Jamie himself.

First stop is Teviothead and the story of Johnnie Armstrong of Gilnockie, hung there by his king, James V.

Grim Hermitage Castle is full of stories - and a grisly ballad.

We are in the heart of Armstrong country, and Armstrong stories, now. But this is also the scene of Sir Walter Scott's great poem, 'Lochinvar'.

Before the end of the trail at Langholm there is a real treat, Gilnockie Tower, a classic Border tower, restored to show how life was in the 16th century. 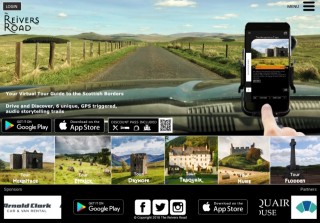 Audio trails of the Scottish Borders. Stories, commentary, song, poetry and music, all automatically triggered to bring the countryside to life as you drive through it. Each trail recommends points of interest as well as providing commentary and entertainment as you drive. The trails stretch from Berwick-upon-Tweed across to Langholm and they all celebrate the distinct culture of the Scottish Borders - Reivers, Common Ridings, Rugby, legends, folk tales, ballads, Sir Walter Scott and the River Tweed.