Gaelic is a fascinating language and you probably know that many place names in Scotland have Gaelic origins. These Gaelic place names often reveal stories about the places they describe – and since it’s Scotland’s Year of Stories we’d like to share a few of these.

Don’t know much about Gaelic? Check out our video Scottish Gaelic: Explained for a fun and informative introduction. 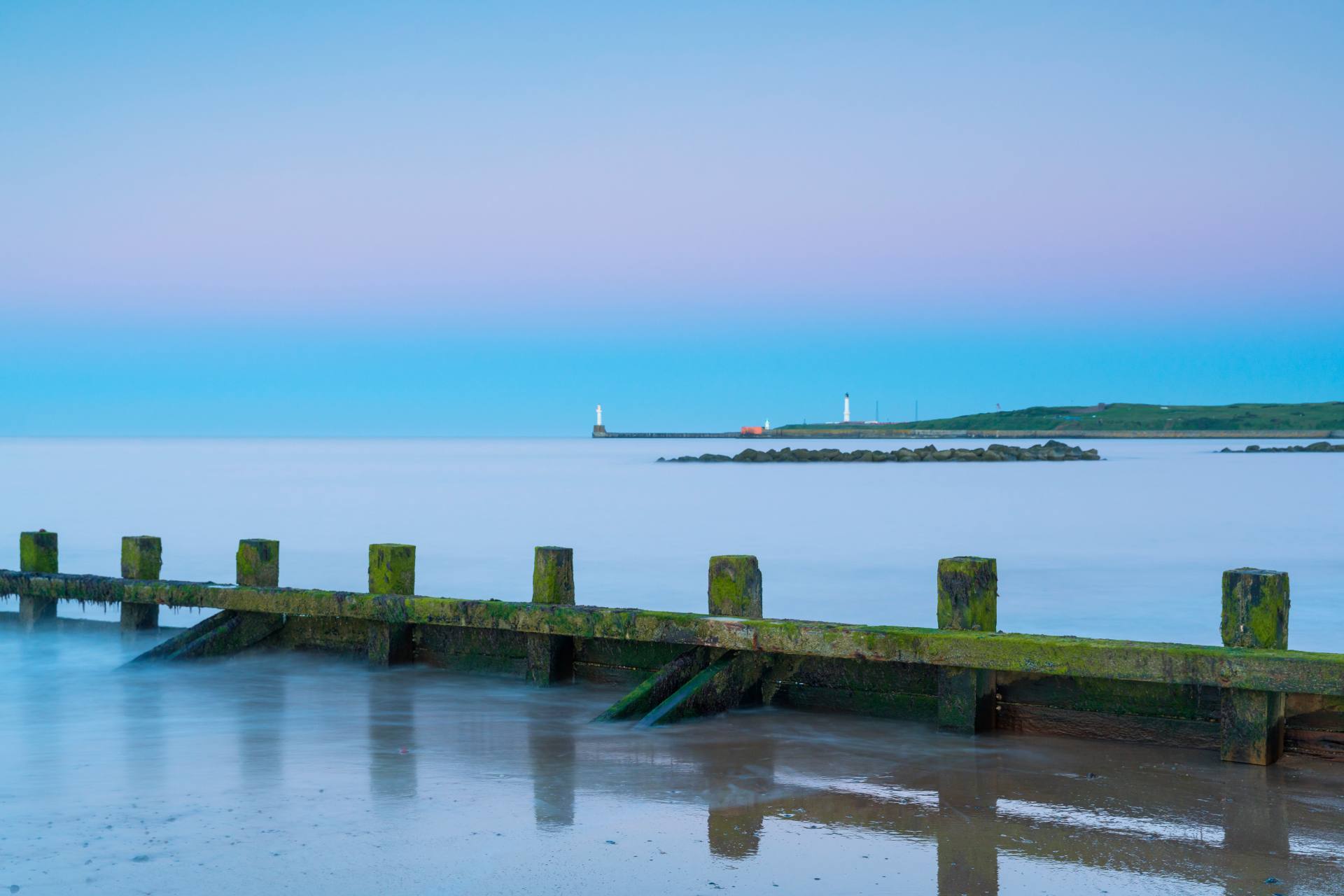 The Gaelic name for Aberdeen translates as ‘the mouth of the Don’. The river Don rises in the Grampians and flows eastwards, through Aberdeenshire, to the North Sea at Aberdeen. There is evidence from local place names that in medieval times the Aberdeen area was settled by Gaelic speakers, as the older Pictish language began to decline. Gaelic is often associated with the west coast and Highlands of Scotland, but it is also spoken in the east.

Find out more about Aberdeen 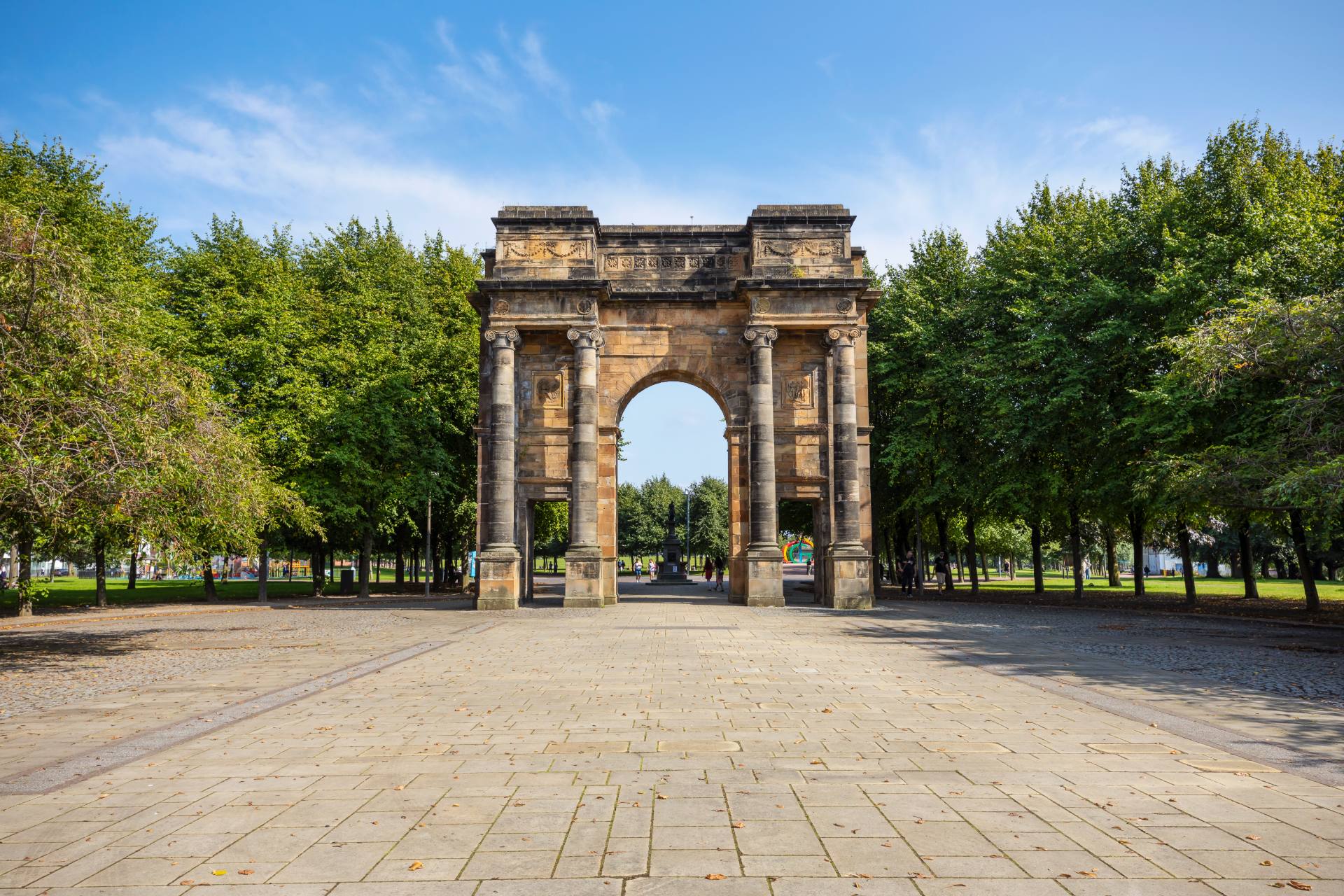 Scotland’s biggest city Glasgow is called Glaschu in Gaelic. This means ‘green hollow’ or ‘green glen’ and is thought to be where the city gets its nickname ‘dear green place’. The Gaelic word ‘Glaschu’ is believed to derive from the older Brittonic language spoken by early inhabitants of Wales, North England and Southern Scotland. You might be interested to know that Glasgow’s earliest recorded family were Gaelic-speakers: a royal document from the 12th century mentions the children and dependants of Gillemachoi who would have spoken Gaelic. Bilingualism was common at this time.

Find out more about Glasgow

The Black Isle – An t-Eilean Dubh 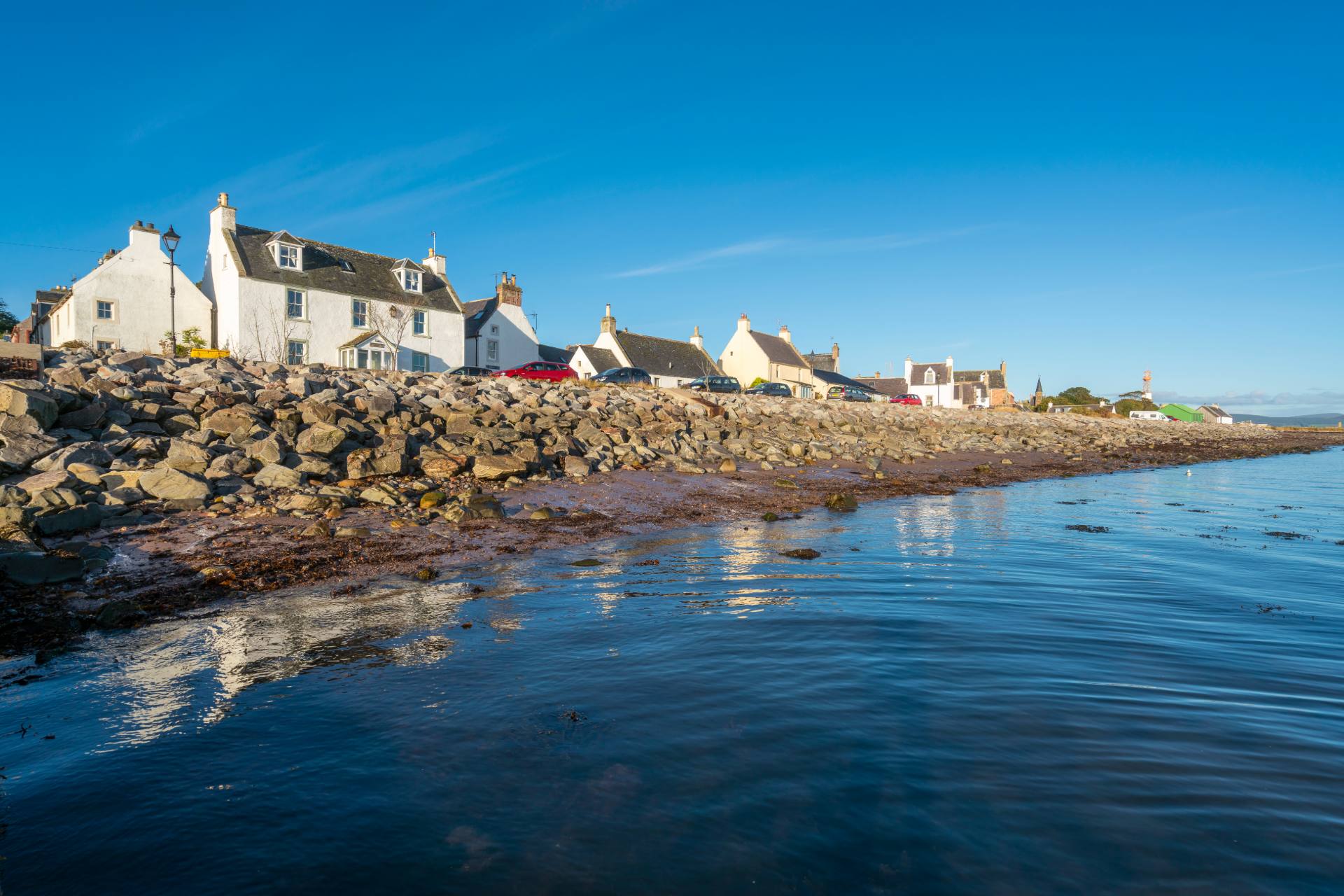 It’s a bit of a mystery why The Black Isle is named as it is – as it is neither black nor an island. The Gaelic translation literally means ‘black island’ and some sources say this fertile peninsula was named after the rich dark soil. Another source argues that it is a corrupted translation of the Gaelic for ‘land of the Black Danes’, (as in black-tempered) differentiating the fierce Danes from the more friendly Norse occupying the neighbouring Hebrides in medieval times. History shows that The Black Isle was a meeting point for various cultures and power struggles.

Find out more about The Black Isle 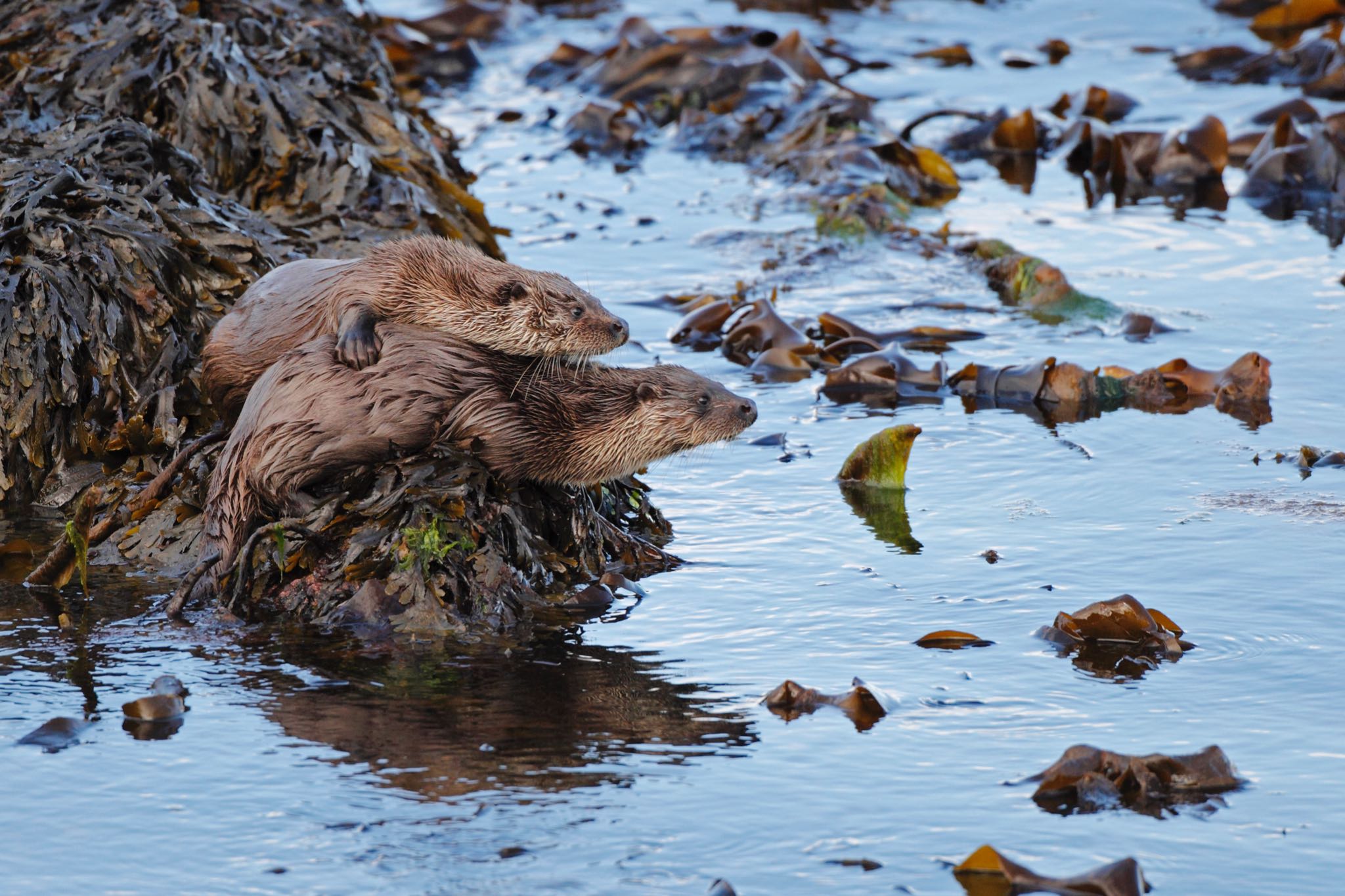 Otters playing by the shore

This rather poetic Gaelic place name means ‘the headland of the sea-hounds’. Sea-hounds sounds a bit scary, but it is in fact a word meaning seal or otter. The place name is a description of a coastal spot where animals would have played by the shore. Interestingly, an older version of the name Artda Muirchol has been identified in early manuscripts – this may have referred to acts of piracy or wrecking around the rocky coastline.

Find out more about Ardnamurchan 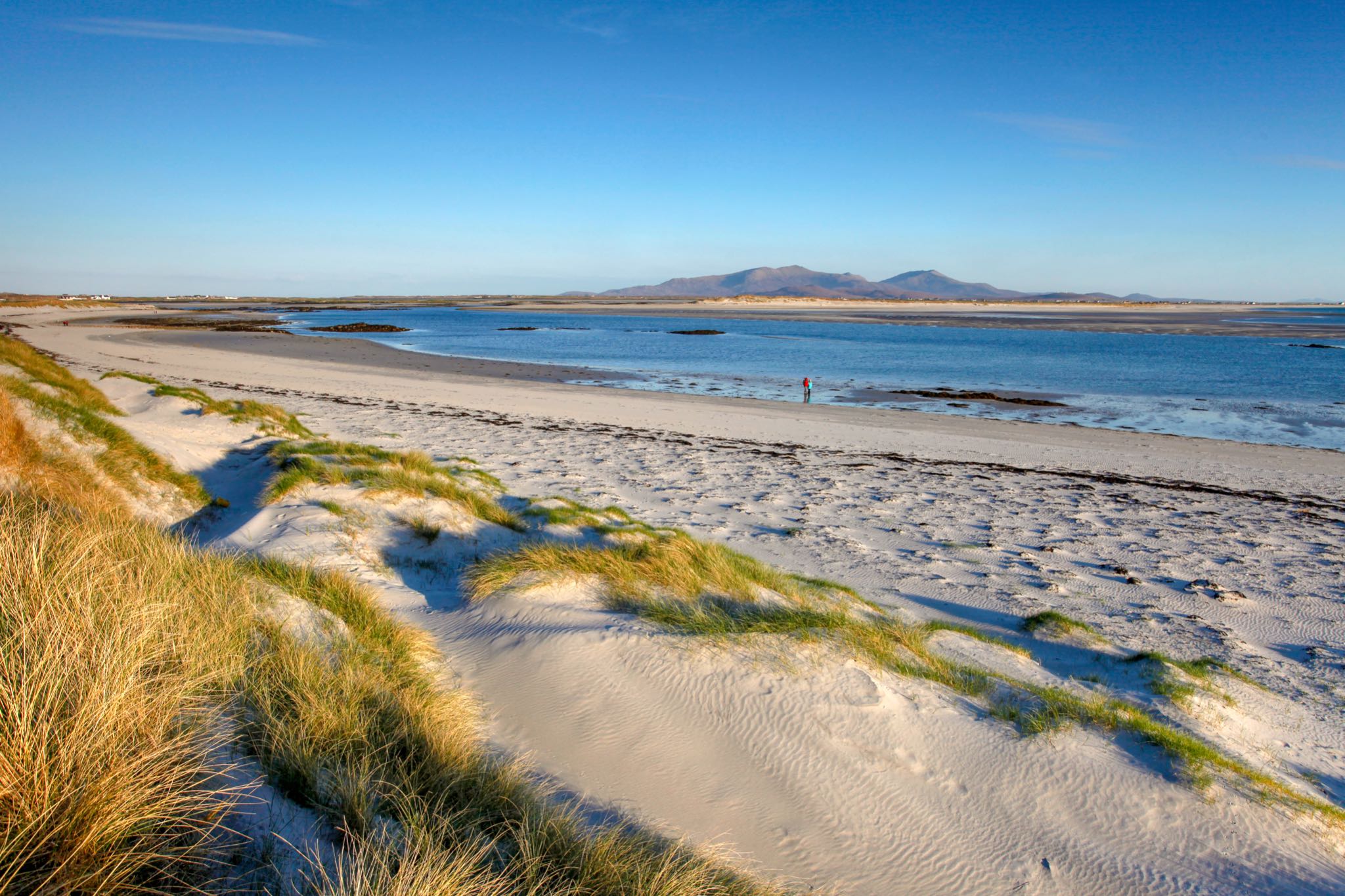 The Gaelic name for the Hebridean island of Benbecula means ‘the mountain of the fords’. This seems to be a reference to the island’s solitary hill Rueval, which acts as a stepping-stone between North and South Uist. The name is believed to have originated from Peighinn nam Fadhla, ‘pennyland of the fords’. The island is also sometimes called an t-Eilean Dorcha, ‘the dark island’. A native of Benbecula is a Badhlach or Baoghlach.

Find out more about Benbecula 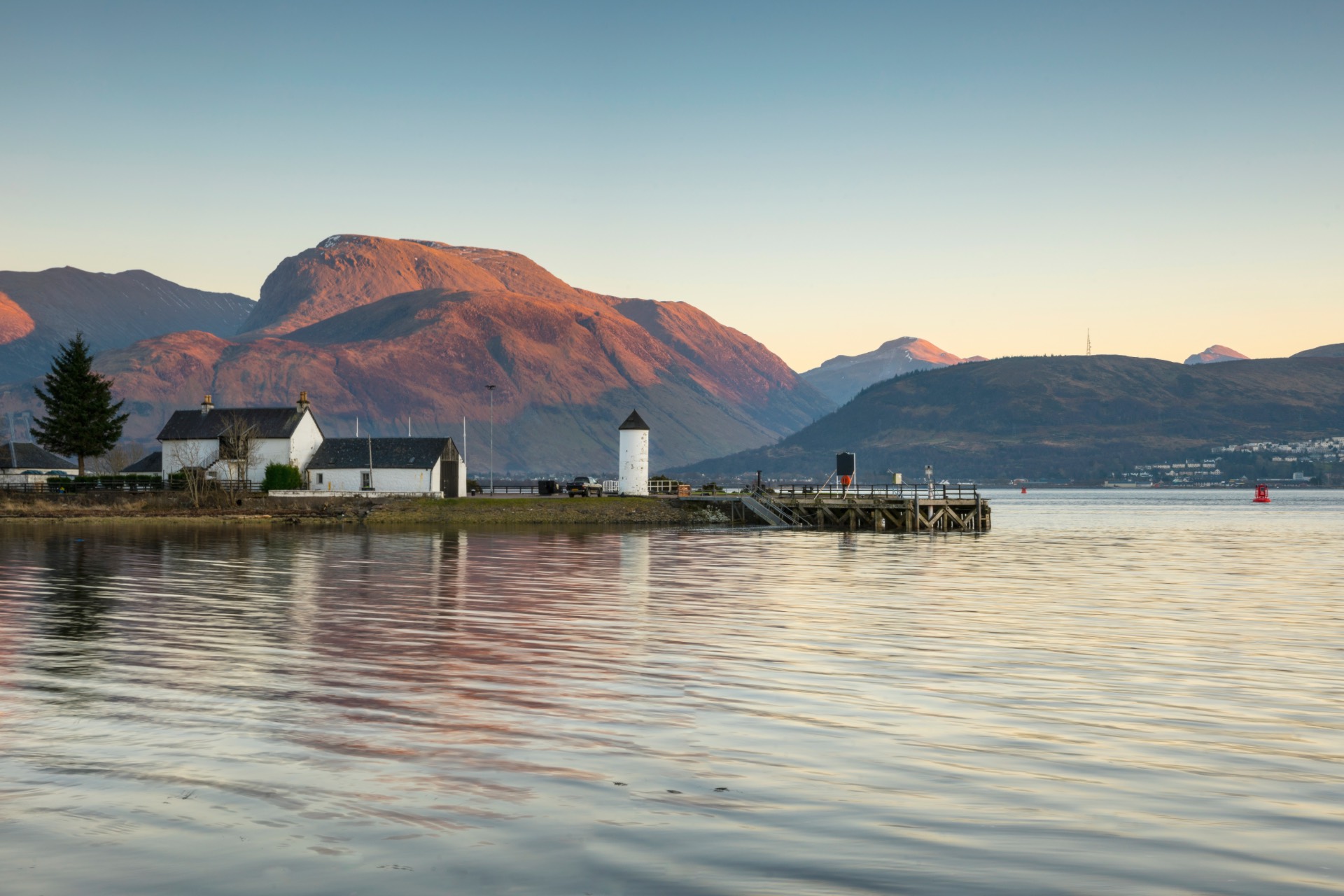 Looking across to Fort William

The name An Gearasdan means ‘the garrison’. This is a relatively modern Gaelic place name that we can trace back to the Battle of Culloden when there was a large military presence in the area. In more recent times there have been attempts to rename Fort William. In 1935, an article in The Scotsman mentioned the ‘Fort William Celtic Vigilance Society’ who wanted the name changed to Abernevis!

Find out more about Fort William 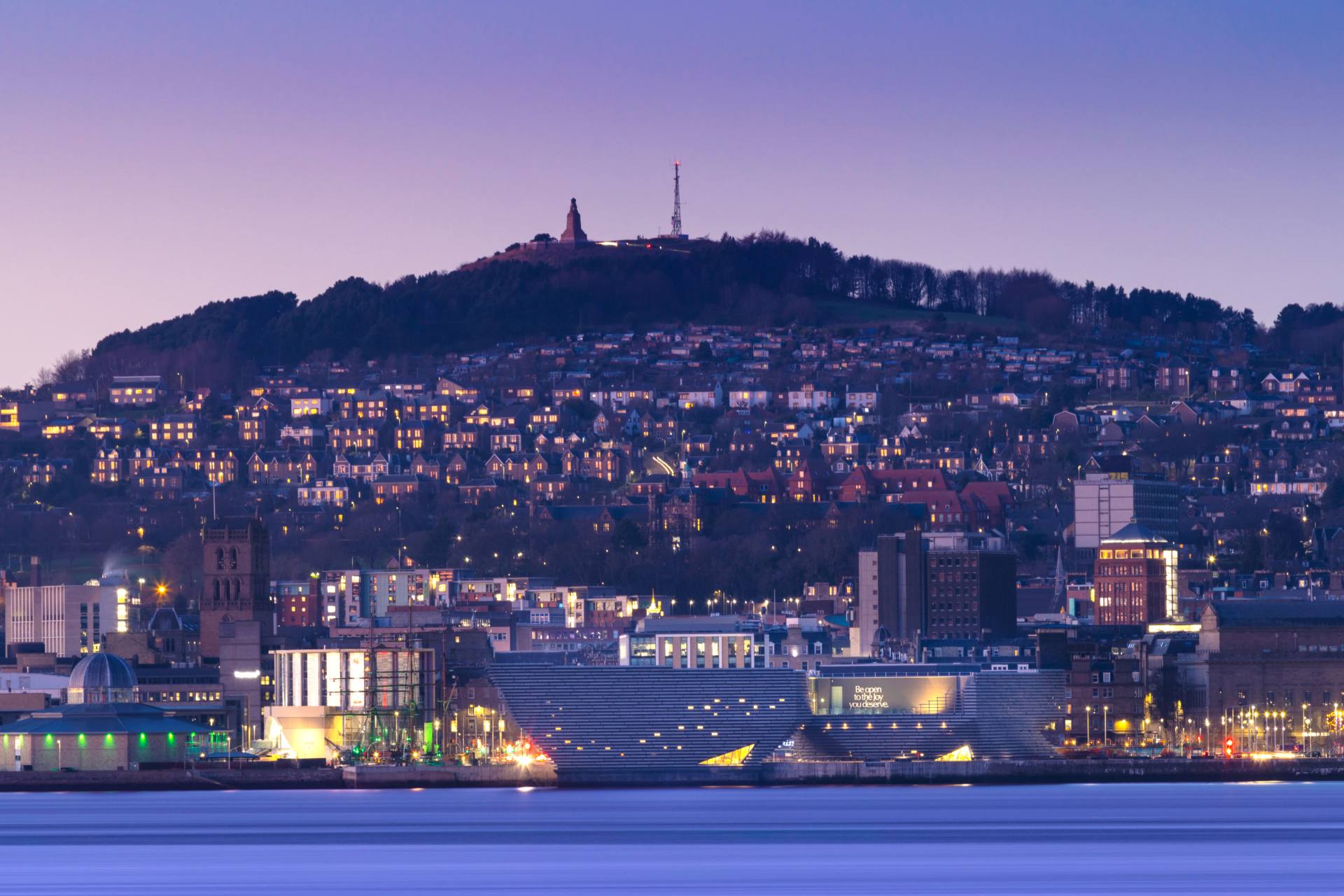 Gaelic speakers will recognise Dundee’s name as ‘the fort of God’ but in fact the ‘fort’ in question is likely to be Dundee Law, a local hill. There are two competing forms of this Gaelic place name Dùn Dèagh and Dùn Dè, both of which are correct. The Gaelic Place Names of Scotland website Ainmean-Àite na h-Alba recommends Dùn Dè based on the most common pronunciation today. There are quite a few Gaelic place names beginning with Dùn, which means ‘fort’, including Dùn Èideann otherwise known as Edinburgh.

Find out more about Dundee 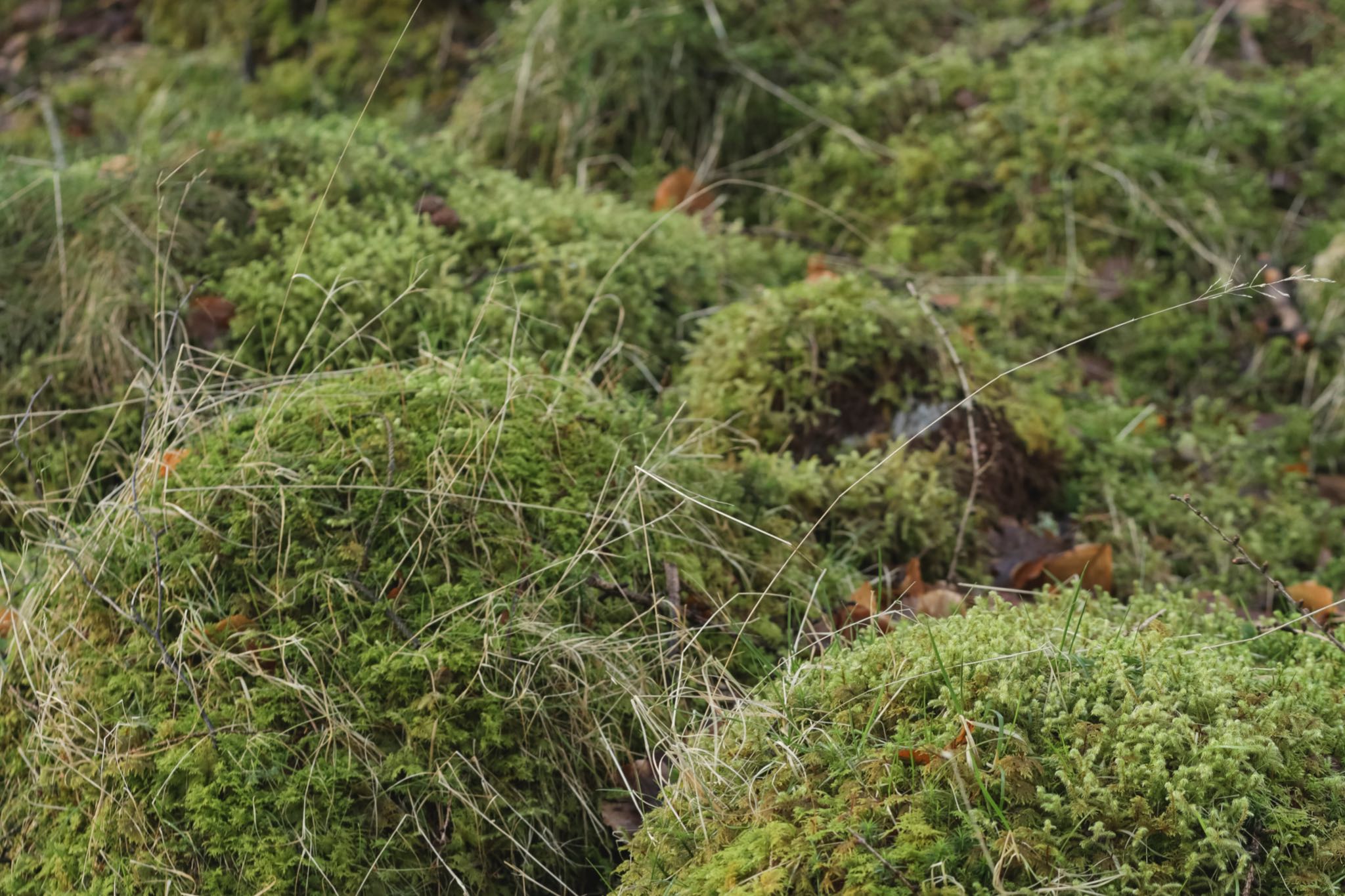 Formed on the Carse of Stirling over 8000 years ago, Flanders Moss is one of the last fragile remnants of the great bogs that once covered much of Scotland. It is a bit of a hidden gem and well worth a visit. The Gaelic name is A’ Mhòine Fhlànrasach meaning literally ‘The Flanders Peat Moss’. The name is a reminder that many Flemish people settled in Eastern Scotland between the 11th and 17th centuries.

Find out more about Flanders Moss

The place name Galloway comes from the Gaelic i nGall Gaidhealaib – or ‘amongst the Gall Gaidheil’. The Gall Gaidheil, literally meaning ‘foreign Gaels’ originally referred to the mix of Scandinavian and Gaelic people that lived in Galloway in Medieval times. People who live in Galloway today are sometimes called Gallovidians.

Find out more about Galloway 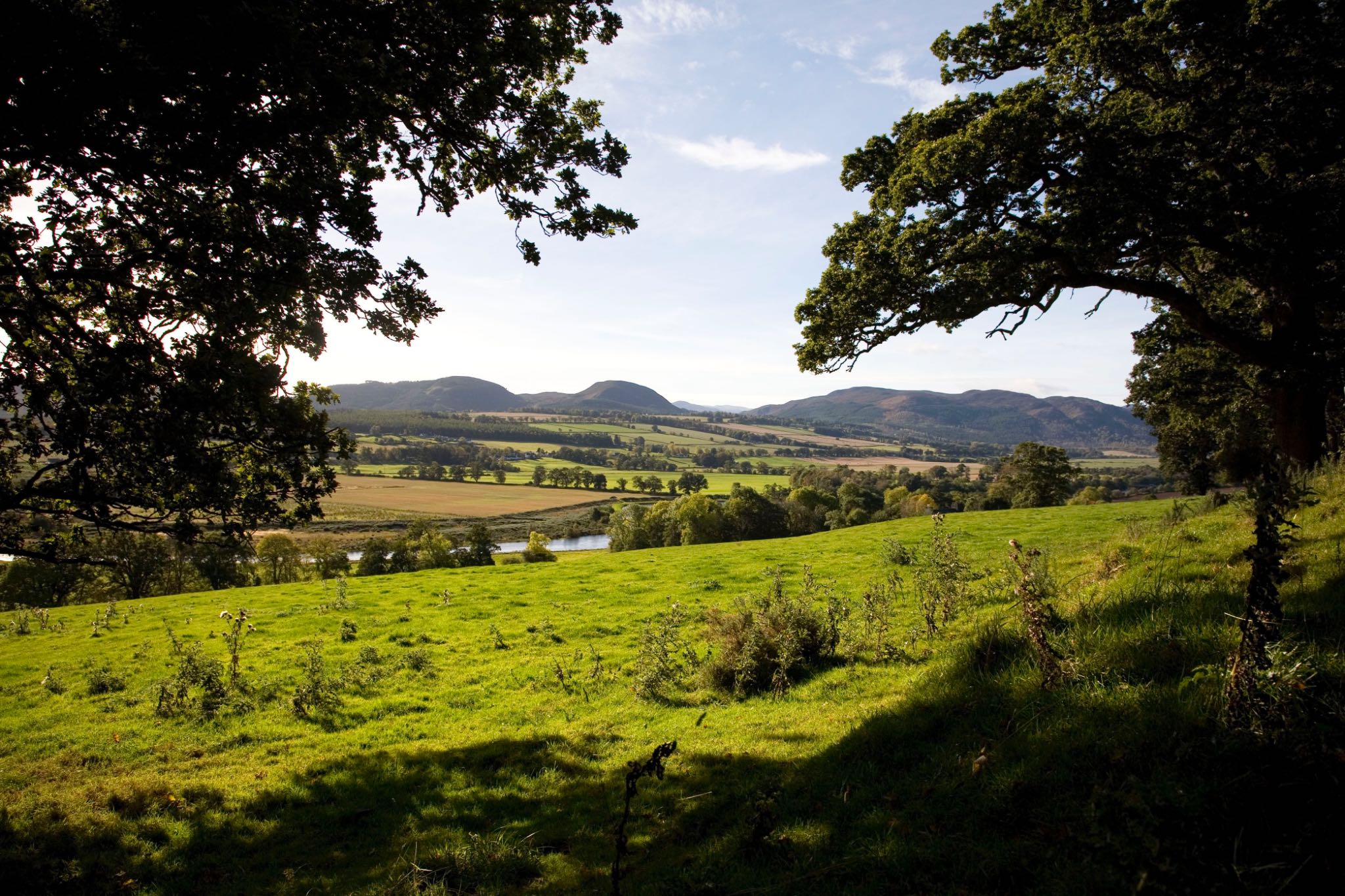 Here is a good example of a Gaelic place name that reveals a bit of history. The name A’ Mhanachainn means ‘place of the monks’ and relates to the priory which was built in Beauly in the 13th Century. These ruins can still be seen in the town. However, the English name for Beauly comes from the French, beau lieu, meaning ‘beautiful place’. It’s thought that this is because Mary Queen of Scots once visited and said ‘c’est un beau lieu’ – it’s a beautiful place!

Find out more about Beauly

Maybe you are trying to learn a bit of Gaelic or maybe you’re just curious – whichever it is we hope you have enjoyed this list of place names and their meanings. Keep an eye out for Gaelic place names when you are travelling around Scotland and share your stories using #TalesOfScotland and #YS2022.