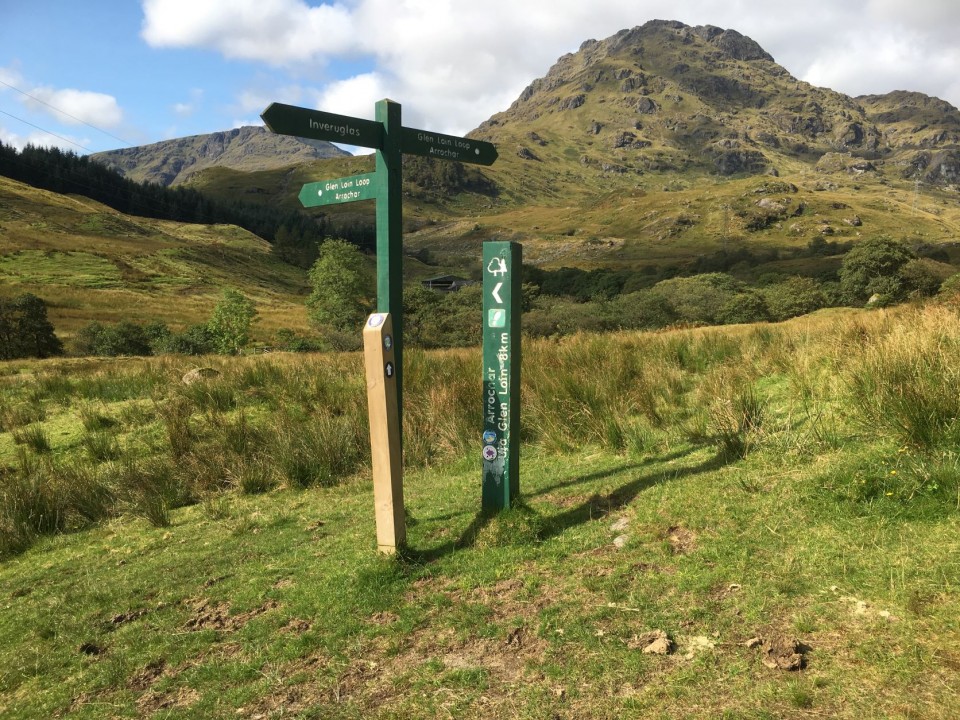 Take in the wonderful landscapes of Argyll, passing by forests and glens, waterfalls and sea-lcohs and the distinctive Cobbler Mountain. Step into history, visiting the ruined 15th century Asgog Castle or the Strachur Smiddy museum.

The Loch Lomond and Cowal Way is one of Scotland’s most scenic routes. Running the length of the Cowal Peninsula over 90 km from Portavadie in the southwest to Inveruglas on the main A82, the Way winds through the communities of Tighnabruaich, Glendaruel, Strachur, Lochgoilhead and Arrochar on existing footpaths, forestry tracks, hillsides, quiet roads and traditional rights of way. The second half of the Way takes you through the western side of Loch Lomond & the Trossachs National Park.

Passing through the wonderful Argyll landscape, the route offers forests and glens, waterfalls and sea-lochs with abundant wildlife, including grey seals, porpoises, otters, and many seabirds including oystercatchers, eider ducks, herons, cormorants, gannets, fulmars and gulls.

The woodland and field areas of the route are home to foxes, badgers, barn owls, roe deer and our famous native red squirrel. The open hillsides and moorlands of the northern sections of the walk offer ideal habitat for the iconic golden eagle although Cowal has only four pairs of these magnificent birds.

There is also an abundance of natural, scenic, historical and cultural heritage available to see on the Cowal Way:

Asgog Castle – now a ruin, this castle was originally built in the 15th century.

Millhouse Powder Mill – gunpowder was manufactured here between 1839 to 1921.

Kilmodan Church – built in 1783, the graveyard has a fine selection of 14th/15th century carved stones.

Strachur Smiddy – now a converted museum/craft shop, the first recorded reference was in 1791.

Struth Ban Falls – between Strachur and Lochgoilhead the falls are truly a wonder of nature.

The Cowal Way Official App is free and available to download and use offline on both on iPhone and Android formats.

There are excellent public transport links to both Glasgow and Edinburgh, which are only 2 hours from Glasgow or 3 hours away. From Inveruglas a ferry across the loch enables a link with the West Highland Way, and when added to the similar ferry link at Portavadie for Tarbert and the Kintyre Way, creates epic walk across Scotland. 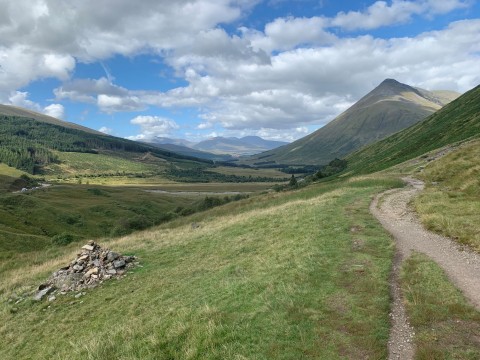