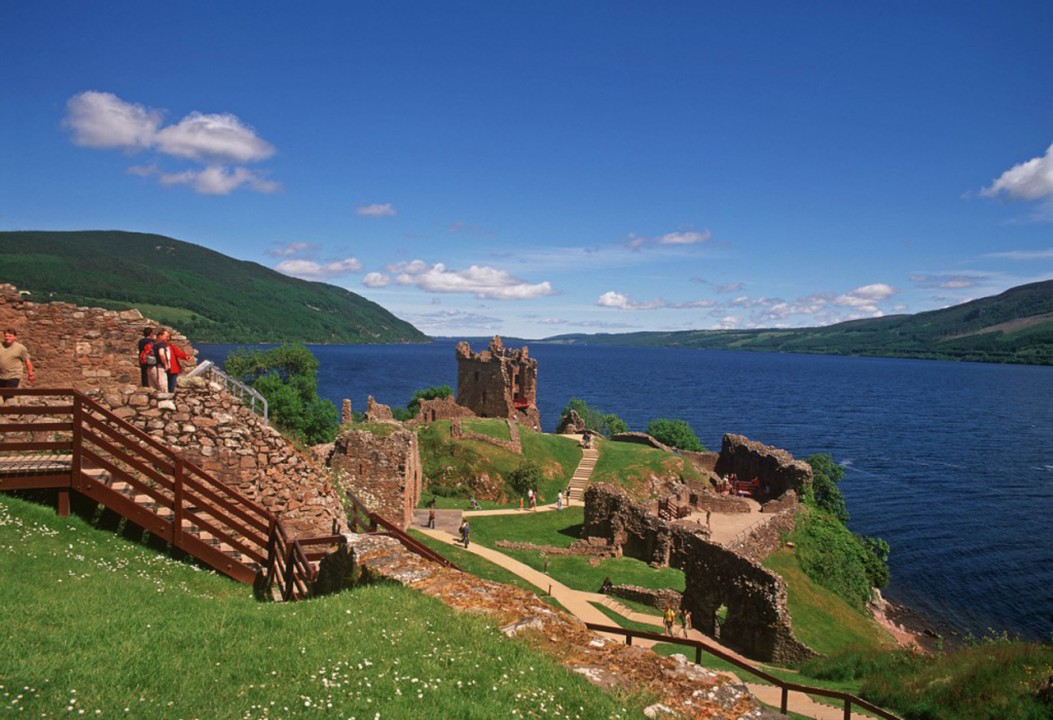 On our Loch Ness tour from Glasgow, it’s not long before we reach the Loch Lomond and Trossachs National Park. This was Scotland’s first national park, the second largest in the UK, which covers around 720 square miles of some of the most spectacular landscape in Britain. With this in mind, we will make a stop on the banks of Loch Lomond to get pictures and some morning refreshments. From there we’ll traverse wild and desolate Rannoch Moor, one of the last remaining wildernesses in Europe. This bleak but beautiful place is filled with heather, rocky outcrops, birds and sparkling lochans (small lochs). Our journey continues through the village of Bridge of Orchy, so named for its bridge built in 1751 as part of a major, military road-building operation.

Look out for the many rucksack-laden walkers on the West Highland Way as we traverse the moor. Each year, there are around 30,000 people who complete this famous 98-mile trekking route between Glasgow and Fort William. A short drive later and we come across the Black Mount. Here you'll find a range of four Munros (mountains over 3000 feet high) that gives way to Glencoe. This was also the setting to one of the most shameful periods in Scottish history – the Glencoe Massacre. In view of its history and stunning beauty, we will make a stop here to stretch our legs to admire Scotland’s most famous glen. From beautiful Glencoe we'll drive through the Highland holiday destination of Fort William which sits in the shadow of Ben Nevis, Britain's highest mountain.

We’re now following the Great Glen, a natural fault-line that divides Scotland from coast to coast. It was in 1822 when one of the world’s great waterways, the Caledonian Canal was opened. This linked the Great Glen’s lochs so that ships could have safe passage across the country therefore avoiding the dangerous waters around the north coast. One of these lochs is the legendary Loch Ness and at its southern tip lies the historic hamlet of Fort Augustus. With around 2 hours here, you'll have time for lunch or enjoy a wander beside the Caledonian Canal watching the boats of all shapes and sizes passing through the series of locks. You will also have the option of taking a one hour monster spotting cruise on the mysterious waters of Loch Ness.

As we wave Nessie goodbye, our return journey to Glasgow will see us travel through the Grampian Mountains and across sweeping ‘Monarch of the Glen’ country where once again you'll see the landscape change from mountain and moorland to lush forest and woodland. We’ll pass Blair Castle, ancient seat of the Dukes of Atholl and home to Europe’s only remaining private army the Atholl Highlanders. Our final refreshment stop of the day will be at the Victorian resort town of Pitlochry before heading south through picturesque Perthshire. We’ll pass Stirling Castle and you can glimpse the National Wallace Monument, a 67-metre high tower. This monument overlooks the site of the battle of Stirling Bridge where Scots patriot William Wallace defeated a much larger, advancing English army in 1297. From Stirling it’s a short drive to drop you off in Glasgow where your Loch Ness tour will end.