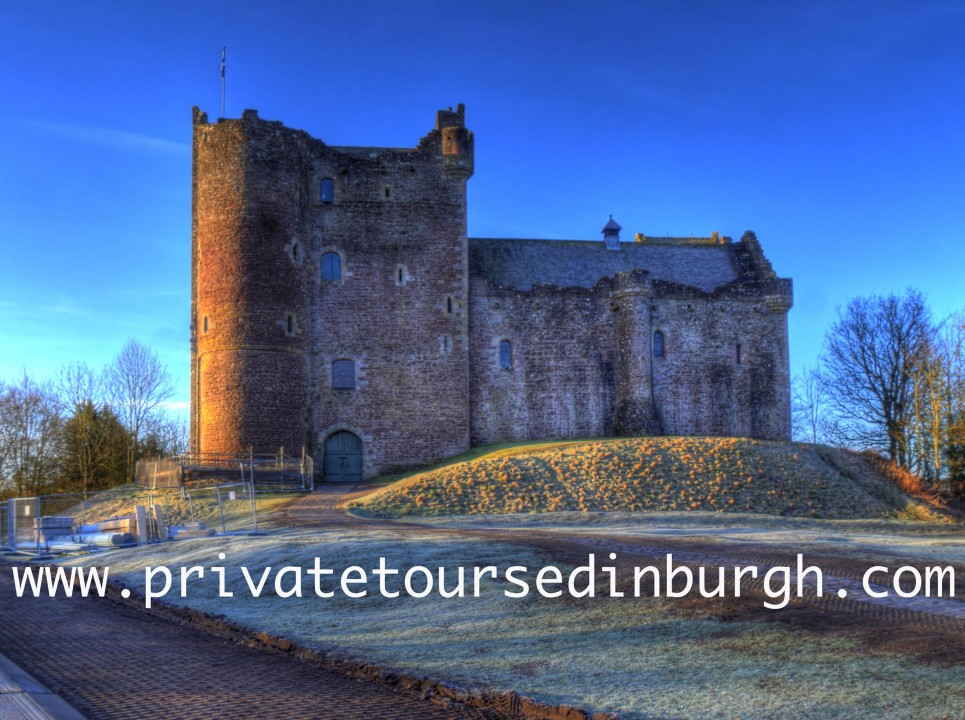 Outlander and Game of Thrones tour from Edinburgh

Our new Outlander and Game of Thrones tour is perfect for fans of the two most popular TV shows on screen this year .  First of all we take a unique tour of three key locations in the life of Outlander's Jamie Fraser - Lallybroch ( Midhope Castle ) , Jamie's ancestral home , Linlithgow Palace ( Wentworth Prison ) and Blackness Castle ( Fort William ) . Then we visit Doune Castle , featured as Winterfell in Game of Thrones , and also Castle Leoch In Outlander .

Your tour guide is David , an experienced tour guide and travel photographer. This photo tour is ideal for beginners / intermediate photographers . Your photo guide will offer assistance as required with taking pictures. Bring your DSLR or iPhone for some amazing pictures of the stunning scenery .

Tours for groups of up to four people run daily six days a week at 10 am .

Tours start at 10 am . Our private group tours take up to four people . We also offer bespoke private tours with the option of choosing your own itinerary . This tour costs £225 .

Tours start from your hotel or accommodation in Edinburgh or Glasgow . Wide range of Scotland Tours from Edinburgh.

Other pickup points can be arranged .

The first location on this tour is Lallybroch - Midhope Castle, ancestral home of Jamie Fraser . Outlander scenes were shot at Midhope Castle on the fringes of the Hopetoun Estate near South Queensferry.

Midhope was built in the 15th Century by John Martyne, laird of Medhope. It was rebuilt in the mid 1600s and remains much the same today.

The interior of Midhope is inaccessible .

Midhope Castle, a 16th-century tower house, is used as Lallybroch(also known as Broch Tuarach) in Outlander. Left to Jamie by his parents, Brian and Ellen, Lallybroch is also home to Jamie’s sister, Jenny, her husband Ian Murray and their children. Lallybroch is a crucial part of Jamie Fraser's life in Outlander . In Outlander Jamie calls Claire Sassenach as a term of affection .

Blackness Castle was built in 1440 by Sir George Crichton . The castle provides the setting for Fort William, as the original fort no longer exists.

This royal palace is where Jamie Fraser was imprisoned and it featured some of the most harrowing scenes of the TV show Outlander . The Palace is also famous as the birthplace of Mary Queen of Scots .

The palace was Wentworth Prison and the prison corridors and entrance were used in episode 15 of the first series when Jamie Fraser was brutally incarcerated by his adversary, Black Jack Randall.

Built in the 1400s and 1500s, the now-ruined palace is set among the spectacular surrounds of Linlithgow Loch and Peel. Visitors can climb to the top of the palace for a magnificent panoramic view of the Loch and Palace . Jamie Fraser t-shirts and gifts

On the tour we pass the Kelpies , a unique tribute to the Clydesdale horses used to pull barges along the canals of Scotland in the 19th century . The Kelpies are 100 feet high and each one was made from 300 tonnes of steel . In five years the Kelpies have had over two million visitors. Kelpies gifts and souvenirs can be bought online . Over 50 gifts available including t-shirts, throw pillows and prints .

Doune is one of the best preserved medieval castles in Scotland. The Game of Thrones castle private tour starts at 10 am and it includes a transfer from Edinburgh to Doune , a driver/guide , a stay of about an hour at the castle plus a return to Edinburgh . Your guide will give details of the history of the castle , information about the Game of Thrones filming plus all the other films made at Doune Castle including Monty Python and the Holy Grail . Behind the scenes access Visitors to the castle can get details about Game of Thrones filming in the Great Hall and courtyard of the castle . Insider access Take the audio tour of the castle narrated by Monty Python’s Terry Jones and Outlander's Jamie Fraser ( Sam Heughan ) . Game of Thrones t-shirts The castle was used as the set for Winterfell in the TV series Game of Thrones(2011–present), an adaptation of the A Song of Ice and Fire series of novels by George R. R. Martin. The castle was also used as "Castle Leoch" in the TV adaption of the Outlander series of novels. The Great Hall is 20 metres by 8 metres , and 12 metres high to its timber roof, again a 19th-century replacement. Large windows light the hall, and stairs lead down to the three cellars on ground level.

Our photo tours of Scotland set off from Edinburgh and feature visits to the top scenic locations in the Highlands of Scotland. Perfect for iPhone and DSLR users with a passion for landscape photography ( and Instagram ) . Your guide will give you his unique Insights into Scottish culture ,music and art including Jack Vettriano