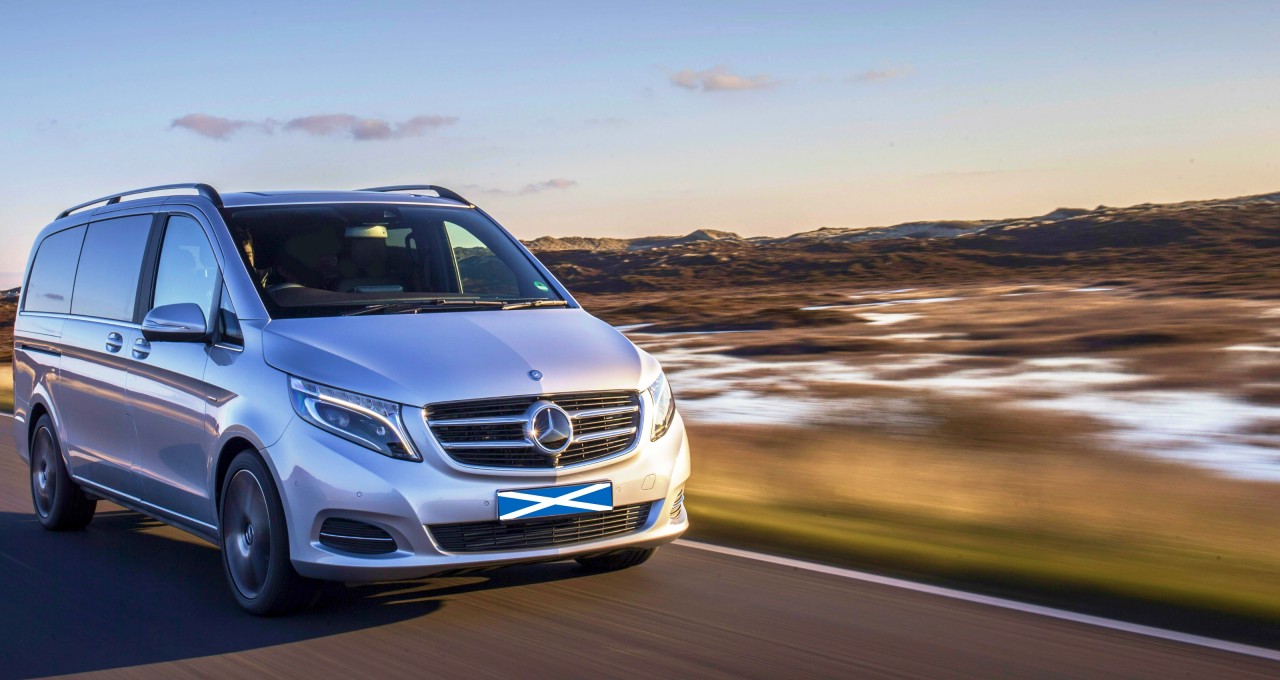 Your Scottish Highlands Private Luxury Tour takes in the stunning Landscapes & Lochs of Scotland, with a Door to Door service from any Glasgow location using a luxury vehicle & local driver with years of experience and tailored to your needs.

Experience the Scottish Highlands from the comfort of your private luxury vehicle on our Private Day Tour. Customise your itinerary or let your driver take you to the top sights outside of Glasgow, including Scone Castle, Blair Castle and The Queens View. Enjoy the tour at your own pace, stopping where and when you like. Your chauffeur returns you directly to your hotel, so there’s no need to fuss over finding your way back.

You will travel past Stirling and the Wallace Monument and north towards Perth and Scone Palace.

Scone Palace was the crowning place of Scottish kings where Macbeth, Robert the Bruce and Charles II were once crowned. Scone breathes history like nowhere else in Scotland. It is the family home of the Earls of Mansfield and the ancient crowning place of Scottish kings on the stone of Scone. See where the Stone of Scone, known as the Stone of Destiny, once stood. Admire the needlework skills of Mary Queen of Scots bedhangings that she worked on while in prison on Loch Leven. Discover the desk at which Frances’ tragic young Queen, Marie Antionette, wrote her letters prior to the days when the guillotine beckoned. You can also see the State Rooms where Queen Victoria was entertained on her way to the Highlands in 1842, and the bedroom in which she slept. If you are a lover of fine things, Scone is a treasury of furniture and paintings, porcelain and other objets d’art.

Discover Blair Castle, the ancient seat of the Dukes and Earls of Atholl and home to Europe’s last remaining private army, the Atholl Highlanders. Blair Castle is nestled in the landscape of Highland Perthshire and has been home to 19 generations of Stewarts and Murrays of Atholl. Unique amongst Scottish castles, the story told here will take you from a visit by Mary Queen of Scots to the Civil War and from the Jacobite cause to the disaster of Culloden following Bonnie Prince Charlie’s own stay in the castle. You’ll hear how the lucky inheritance of a smuggler-infested island helped turn the castle into a comfortable home and how a visit from Queen Victoria led to the creation of Europe’s only surviving private regiment, the Atholl Highlanders.

The House of Bruar:

Widely acknowledged as Scotland’s most prestigious independent store, and its regal stature at the gateway to the Highlands makes it clear to see why. Situated on the A9, a short drive north of Pitlochry, The House of Bruar offers an extensive range of high quality products in both the Men’s and Ladies clothing halls. There is also a taste of luxury from gourmet produce, artisan treats and a fine selection of whisky and spirits in the Food Hall – which also homes the award winning in-store butchery and delicatessen. Housing the largest collection of Cashmere in the UK, you will be spoilt for choice in the Knitwear hall – which carries a large variety of high quality natural fibres. The use of natural fibres extends further into their ample offerings of Tweed garments and accessories, reflecting the Scottish heritage within the brand.

Overlooks Loch Tummel and is said to have been named after Queen Victoria, following her visit to the area in 1866. The Queen’s View Visitor Centre lies at the eastern edge of Loch Tummel and is surrounded by part of the Tay Forest Park. As well as a stunning viewpoint overlooking the loch and beyond to the iconic Schiehallion, the area offers a range of woodland walks suitable for all abilities. One of the most photographed areas in Scotland, Queen Victoria is said to have remarked that the spectacular view was named after her, when she visited the area in 1866. However, it has also been suggested that the view was in fact named after King Robert the Bruce’s wife, Queen Isabella of Scotland, over 550 years earlier.

One of the oldest working distilleries in Scotland. After enjoying a leisurely conducted tour, you can mull over the distinctive character of the finished article as you sip your dram of Blair Athol 12 Year Old. Blair Athol Distillery stands at the gateway to the Scottish Highlands in the picturesque town of Pitlochry, Perthshire. Set in open moorland south of the town, in the foothills of the Grampian mountains, Blair Athol’s ancient source of water – the Allt Dour – flows through the grounds from the slopes of Ben Vrackie, contributing to the whisky’s, mellow quality and smooth finish.

The majestic Dunkeld Cathedral dominates this picturesque Perthshire village. Today, part ruin and part parish church, the cathedral features the tomb of the notorious ‘Wolf of Badenoch’! Nearby, walk along Atholl Street’s variety of specialist shops or take a walk down by the river, which provides excellent views of Thomas Telford’s Dunkeld Bridge.