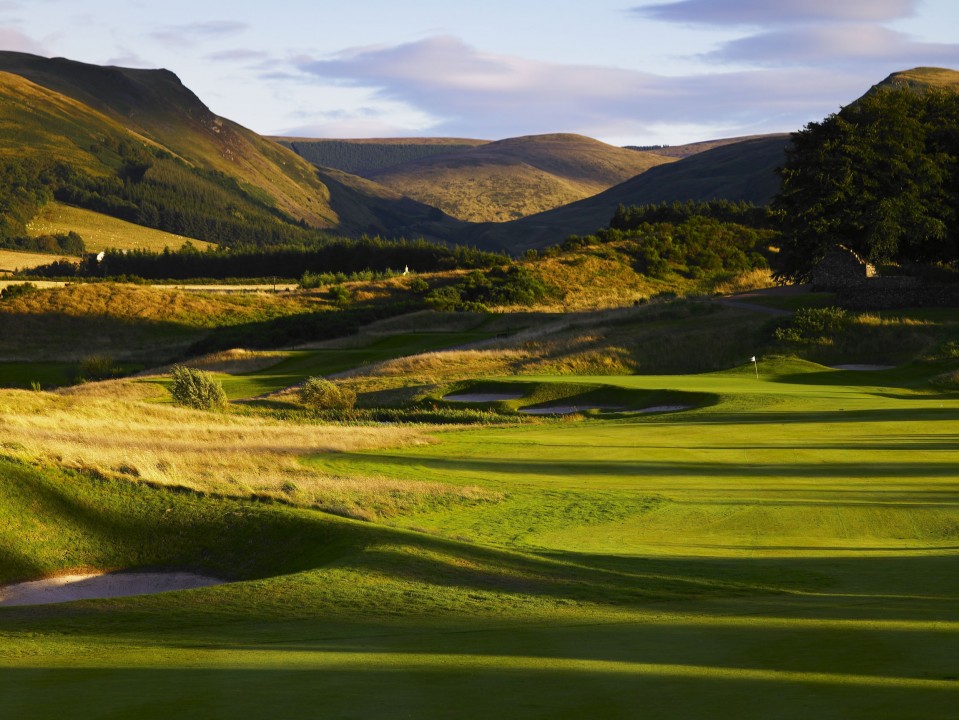 Our idea for a Tayside Golf Tour includes the links courses at Carnoustie, Monifieth and Montrose. We have also included the exceptional 3 Heathland championship courses at Geneagles, the King's course, the Queen's course and the PGA Centenary

Carnoustie Golf Links is thought to be most difficult of the golf courses in Scotland. It is also rated the most demanding of all the current Open Championship venues and has hosted the event on 7 occasions. Several greats such as Ben Hogan, Henry Cotton Gary Player and Tom Watson all lifted the Claret Jug here. It began as a 10 hole course built in 1842 and Old Tom Morris extended the course to 18 holes in 1857. James Braid extended and altered the course in 1926 and it has remained much the same since that date. The 6th hole is named Hogans Alley after Ben Hogan and is most likely the toughest Par 5 in the world of golf. a very demanding course, the final three holes are a great a test as you will find anywhere.

The King's Course at Gleneagles is one of the finest heathland golf courses in Scotland and one of three at the stunning Gleneagles, the others being the Queen's Course and the PGA Centenary Course, the latter hosting the 2014 Ryder Cup Matches. A Par 71 course measuring 6,452 yards, it was designed by the legendary James Braid and winds it way serenely through the Estate of the Gleneagles Hotel amidst the magnificent Perthshire hills. This James Braid masterpiece has tested the shot making of the the best golfers in the world.

One of 3 magnificent heathland courses at Gleneagles Resort, the PGA Centenary Course hosted the 2014 Ryder Cup matches. Originally designed by legend Jack Nicklaus it is a Par 72 measuring 7,296 yards and consists of six par 3's, six par 4's and 6 par 5's and it winds its way through the heathlands of the Gleneagles Hotel amidst the beautiful Perthshire Hills. The newest, by far, of the three courses at Gleneagles and more Americanised than the King's and Queen's courses.

The Gleneagles Queens Course measures 5,965 yards and is a Par 68. One of the most scenic heathland golf courses in Scotland, it is one of three championship courses at the majestic Gleneagles Resort. With a long history the Queen's Course has hosted some of the world's golfing greats including Tom Watson, Lee Trevino, Greg Norman, Johnny Miller and the late Severiano Ballesteros. Trevino once said on a visit to the Queen's Course - "If heaven is as good as this, I sure hope they have some tee times left."

Although officially founded in 1858, there are references in Kirk session records to golf having been played as early as 1639. With 36 holes of golf Monifieth is ideal for a full days golf with a round over the championship Medal Course in the morning then after lunch playing the shorter but most enjoyable Ashludie Course. The Medal Course is a stern test and has been used for Open Championship Qualifying. There is a choice of 4 Clubhouses for visitors to choose from for meals and drinks.

Similar to Monifieth, Montrose offers 36 holes of golf with the Medal Course and the shorter Broomfield. The Medal Course is one of the most natural links golf courses in Scotland and is consistently in Golf Monthly World's Top 100 courses. Undulating fairways, deep bunkers, gorse, large sand dunes and fast but pure greens make the Medal Course a real test. The difficulty is increased if the wind blows in from the sea. It has several holes along the shoreline providing some magnificent views. Make a day of it and play the demanding Medal Course in the morning, have lunch and then enjoy a more sedate round over the shorter Broomfield Course.

The Carnoustie Golf Hotel is in a fabulous location right on the edge of the Carnoustie Golf Links Championship Course and less than 200m from the sandy beach. The 81 rooms and 10 suites offer various views over the golf course, the sea or the town. All are well equipped and the Hotel also offers superb leisure and spa facilities with Spa, Pool, Sauna, Steamroom and Gym.

The Apex City Quay Hotel & Spa is one of a number of fine Hotels owned by The Apex Hotel Group. The Apex City Quay has wonderful leisure facilities including the Technogym and Yu Spa. The Spa includes an ozone pool, sauna, hot tubs, and Elemis Spa treatment rooms. Spa treatments are bookable at an extra charge. This 4 star Hotel with 151 en suite bedrooms is located on the waterfront offering superb views of the Quay and River Tay. Its Metro Bar and Brasserie offer fine cuisine and a place to relax over a drink or two.

One of the World's finest Resorts, the Gleneagles Hotel is a 5 Star Red Resort set within its own Estate amidst the rolling Perthshire Hills. This magnificent French Chateau was opened in 1924 and has been awarded "Best Golf Resort In The World" by Ultra Travel for the past 4 years. It is easy to see why golf is at the heart of the resort with 3 championship golf courses, the King's, Queen's and PGA Centenary course which hosted the 2016 Ryder Cup matches. Gleneagles offers 232 rooms, of which 26 are luxury suites. All rooms are individually designed and finished to the highest standards.

Arrive in Scotland where you will be warmly welcomed by a Meridian Golf Tours Representative who will assist with the collection of your rental van. If you have chosen our Chauffeured Transport option, your driver and tour guide will assist you with your clubs and luggage.

Depart for home with some wonderfu memories of your Taysdie Golf Tour.

Rental of a mini-van with automatic transmission

THIS PACKAGE IS SUBJECT TO AVAILABILITY AND BASED

Staying at The Carnoustie Golf Hotel:

To enquire or book this Scottish Golf Tour please Contact Us 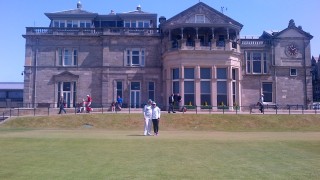 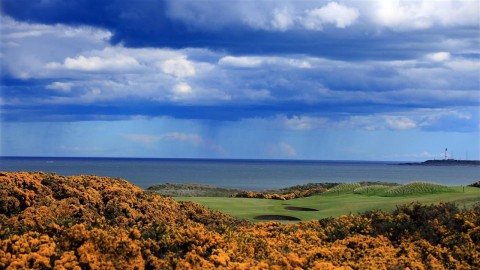 Our Golf Breaks in Aberdeen includes golf on all of the top links courses in the... 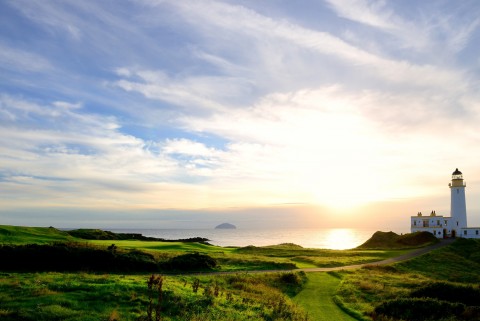 Our Ayrshire Golf Tour includes golf on 3 Open Championship courses, past and pr... 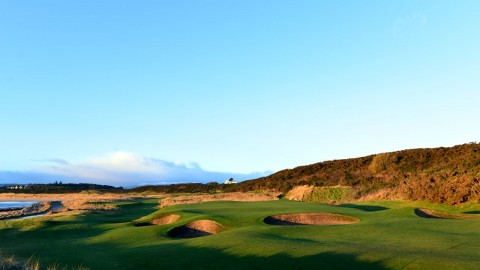 If you are considering a golf vacation in the highlands, we have put together an... 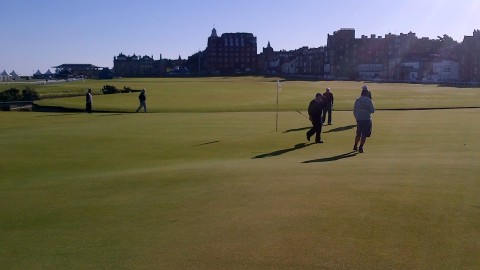 Our Golf Trip To St Andrews includes golf on the Old Course St Andrews via the d...