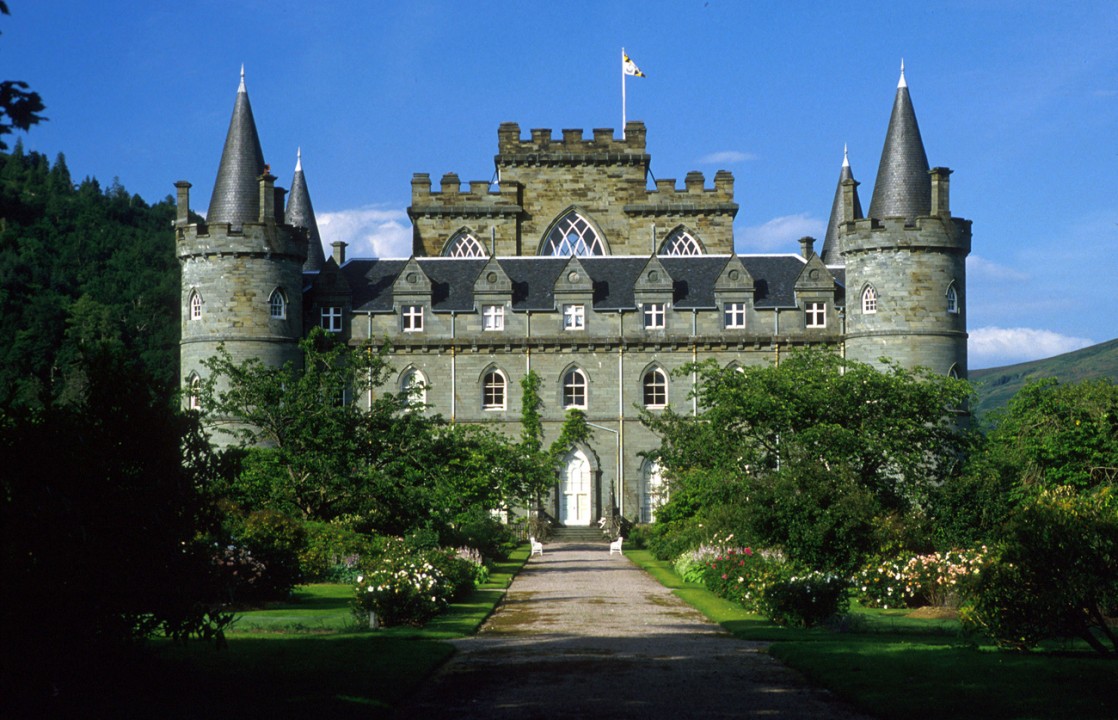 A full day shore excursion, taking in some of the best scenery Scotland has to offer and history lessons along the way. From shimmering lochs and breath-taking mountain scenery to ancient castles and atmospheric ruins.

Departing from Ocean Terminal Greenock we cross the River Clyde via the Erskine Bridge which looks down on your first castle of the tour, Dumbarton Castle. This is Scotland’s ancient capital, a medieval power base and visiting place of Mary, Queen of Scots as a child.

It’s also the spot of William Wallace’s betrayal in 1305 by Sir John Menteith, keeper of the castle, who imprisoned him and handed him over to the English. Scotland’s ‘Braveheart’ was marched to London where he was condemned as a traitor to the King and sentenced to death without trial.

Your luxury mini coach takes you along the west side of Loch Lomond, around the head of Loch Long, and climbs the steep rocky mountain pass known as the Arrochar Alps to the ‘Rest and be Thankful’. The name comes from the words etched on a stone near the junction of the A83 and the B828, by soldiers who built the original military road in 1753. The road was so long and steep that it was traditional for weary travellers to rest at the top and be thankful for having reached the highest point.

From here we make the short drive to Inveraray, a classic example of an 18th century planned town, built by the 3rd Duke of Argyll, chief of the powerful Clan Campbell. With its distinctive white-washed buildings, the town is a magnificent piece of Scottish Georgian architecture.

We’ll have around two hours here and you can choose to explore the freedom of majestic Inveraray Castle and its spectacular gardens, or you may like to experience life behind bars! At award-winning Inveraray Jail & County Court you’ll step back to the brutal times of 19th century Scotland when even children were locked up for minor crimes. The prison has actual records for every person who was sentenced and imprisoned here and actors bring their terrifying stories to life.

We’ll make sure you’re freed to continue your Discover Scotland Tour of Scotland’s Highlands, lochs, glens and castles. From Inveraray we travel to the imposing Kilchurn Castle, which stands at the head of Loch Awe in a backdrop of soaring mountains. We’ll have a brief stop for photos of this mid 15th century fortress.

On our road trip back towards Loch Lomond there’s time for a light bite and some refreshments at traditional Scottish pub the Drovers Inn. For 314 years the Drovers has welcomed the great and good including the infamous outlaw Rob Roy MacGregor. Said to be haunted, there are many tales and sightings of ghouls and ghosts wandering around its creaking corridors.

Our last stop of the day is on Loch Lomond’s shores and the picturesque highland village of Luss. This conservation village is a favourite stop for tourists and for pilgrims, having been a Christian settlement for at least 1500 years. There’s evidence of the Vikings having plundered the area in 1263 and you can see their legacy in the ‘hogback’ grave, a stone sculpture, in the ancient churchyard. The interior of Luss Parish Church, founded by the Celtic Saint MacKessog, has been restored to its former glory and features a unique timber roof architecture and stunning stained glass.

From Luss we return you to the Port of Greenock where our excursion ends.