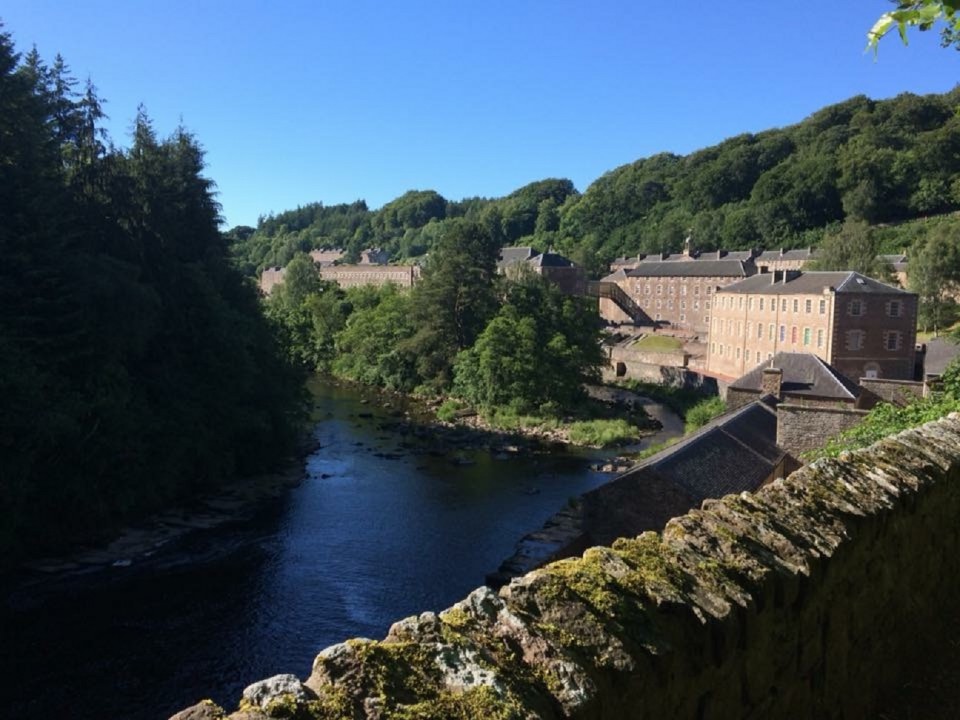 Scotland played a significant part in the Industrial Revolution and was once the mining and heavy industry capital of the world. Millions were employed in mining, shipbuilding, steel and cotton mills.

The Scottish Mining Museum at Newtongrange near Edinburgh is considered to be the best preserved 19th Century coal mine in Europe. The museum which was an operation coal mine until the 1980’s tells the story of coal mining with an opportunity to experience the life of a miner underground. See the working steam engine that was used to lower and raise the miners more than 300 metres below ground to reach tunnels that extended for miles beneath the Firth of Forth.

Travel through quaint villages that capture the perfect blend of old and modern Scotland. Carlops, is the location of the Allan Ramsay Hotel, a 18th century coaching inn and named after the 18th century poet much admired by Rabbie Burns. Next is the beautiful conservation village of West Linton, known as the gateway to the Borders, where numerous stone carvings in the buildings date from the 1600’s.

Skirling with its village green and croft type houses leads to the town of Biggar, a thriving market town and home to Scotland’s only preserved gas works which was used to generate electricity until 1982 and is now a museum.

The ancient town of Lanark was home to William Wallace and his wife and it was her death at the hands of the local English Sheriff that started Wallace’s fight against the invader Edward I and the Wars of Independence. Several hundred years later in 1910, Lanark was the location for Scotland’s first ever air show.

Experience life as a mill worker when the nascent Industrial Revolution caused death and serious injury to thousands. Built in 1786, the World Heritage Site of New Lanark is different. The mill was managed by philanthropist and social pioneer Robert Owen who provided his workers with homes, a living wage, free healthcare, education and the world’s first workplace nursery. Located near the Falls of Clyde in stunning parkland, all have been perfectly preserved to educate and inform visitors from every part of the globe. New Lanark features on the reverse of the Clydesdale Bank £20 note.

If starting from Glasgow journey through the Clyde Valley once the fruit basket of Scotland famous for its apples, pears, plums and all types berries due to its sheltered location and fertile soil. Travel over the River Clyde at Garrion Bridge built in 1817. After Lanark and New Lanark journey over Hyndford Bridge further upstream on the River Clyde to see Biggar. This impressive 250 year old bridge, set in wheat fields, is still used daily by modern traffic which could not have been imagined when constructed. See West Linton, Carlops and the Scottish Mining Museum.

This is a full day tour with lunch at a variety of locations in Lanark. Please note the Biggar Gasworks Museum is closed from October to March. Contact us for more information.