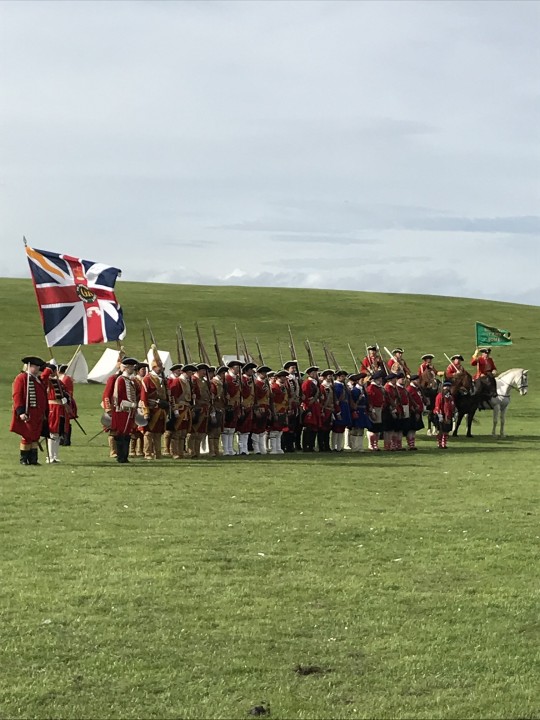 Prestonpans, is where the actual Battle of Prestonpans took place on 21st September 1745. The battlefield lies next to the main road. A nearby vantage point offers spectacular views of the surrounding countryside including the Firth of Forth. Many of the buildings present at the time of the battle still stand today. Memorial flagstones to the fallen of both sides have recently been erected in the centre of the battlefield.

The Battle of Killkicrankie took place on 27th July 1689 and was the first Jacobite battle following the ‘Glorious Revolution’ in which the English parliament forced James VII and II to abdicate. The Jacobites won a stunning victory although suffered heavy losses. See the infamous ‘Soldier’s Leap’ where fleeing redcoats lept down a ravine into the fast flowing River Garry in an attempt to flee the battlefield. Many drowned. Please note the Killiecrankie visitor centre is closed from November to March.

If quality Scottish produce as gifts for yourself or loved ones is your desire The House of Bruar is one of the pre-eminent retailers of Scottish outdoor clothing. Using only the finest tweed, cashmere and wools their clothing is a lasting souvenir of your vacation. Other quality Scottish food and drink produce with can also be bought here.

Probably the most emotive battle field in Scotland, Culloden is where the Jacobite cause led by Bonnie Prince Charlie came to a murderous end. It was here on 16th April 1746 that over one thousand five hundred Highlanders lost their lives in the space of an hour at the hands of government troops changing the Highland way of life forever. Wearing the kilt became illegal and the Highland Clearances followed as the Clan system was systematically broken down. See the memorial stones to the Clans loyal to the Jacobite cause and learn of their struggle, its cause and aftermath in the heritage centre. This is a visit that will leave a lasting impression.

This is a full day tour with lunch at House of Bruar. Contact us for more information.